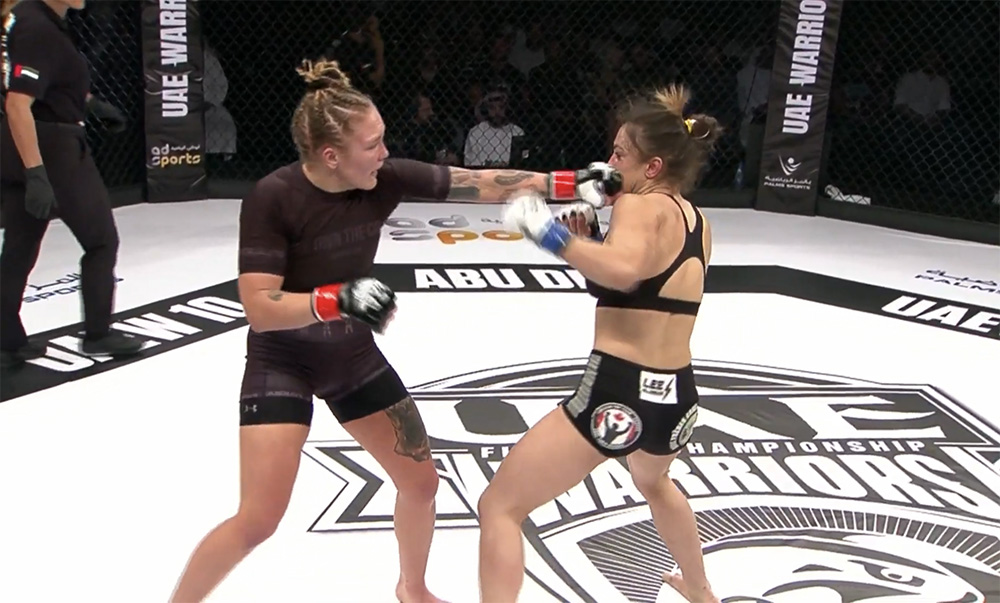 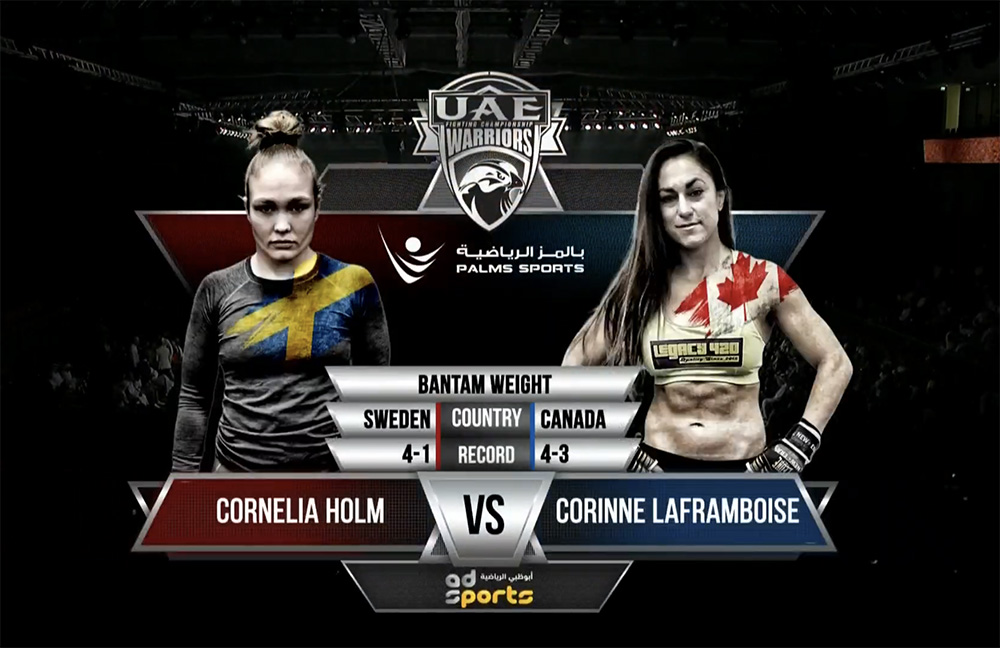 The Swede was able to get takedowns at the end of each of the rounds, using her wrestling ability to her advantage.  The Canadian fighter was able to outstrike the IMMAF World Champion using a big right hand and consistent counter-punching.