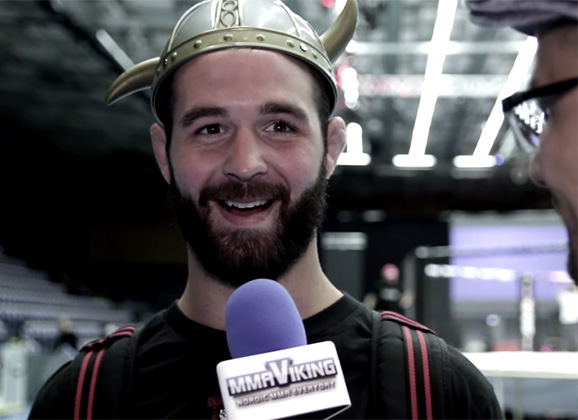 “I am sorry about my performance tonight.” says American Cody McKenzie about his debut in Sweden at Superior Challenge 12.  “Third round I started coming to.  You win some and lose some.” says the UFC veteran that took on David Bielkheden in Malmo Saturday night, in a fight dominated by the Swede early ending in a unanimous decision.

But, McKenzie did show some heart and came on strong late in the fight.  “I’m not done fighting.  I’m a fighter.  I’ll be here to the day a die.” says McKenzie to MMAViking.com after the bout when questioned about his future career.  “I found my passion again.  I’m looking to get back to the grind and beat some people up.”