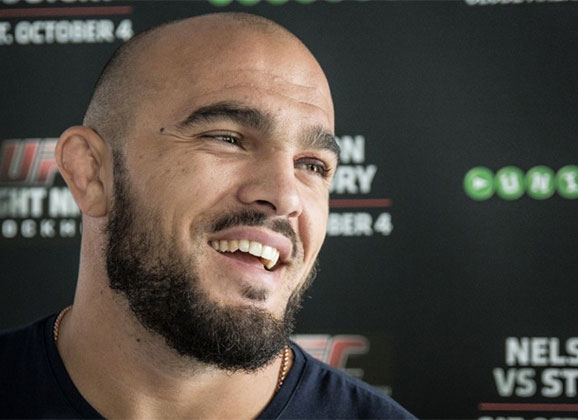 Sweden’s Ilir Latifi says that he is ‘going to this fight motivated’ and ‘getting better’ to MMAViking.com at the Fight Night Stockholm media day. The Sledgehammer also talks about the influence of his brother Arben Latifi, who was an early pioneer in Nordic MMA. “It’s an honor representing the legacy of my brother”, says the younger sibling. The Allstars Training Center fighter explains his team’s celebratory post-fight flips as “burst of joy” defending his and teammate Alexander Gustafsson’s techniques at recent fights. See the full interview here.