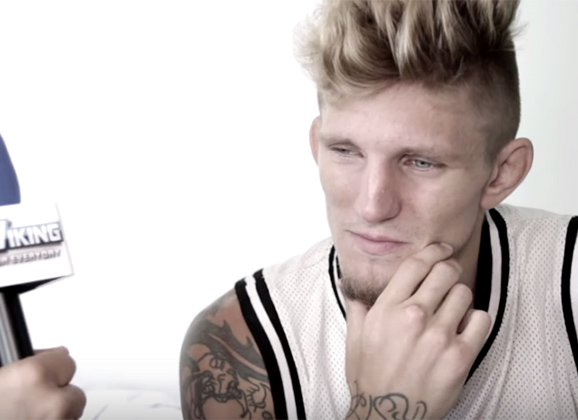 Tomorrow, Swedish welterweight Zebaztian Kadestam will be taking on Norwegian Håkon Foss in Stockholm at International Ring Fighting Alliance (IRFA) 9. With a 7-1 record and on a three fight winning streak, the welterweight looks to continue his winning ways back home for the first time.

Despite needing to cut 23 kg to make weight for the fight, the Swede was up to the challenge and nearly made weight. That’s good news, considering the fight should be an exciting one. “My fighting style speaks for itself. I like to throw down.” The Frontline MMA opponent should make for a good match up. “He likes to bang. It’s not a boring fight”.

No matter how his opponent fights, the Swedish fighter plans on putting on a show for the audience. He said, “It’s going to be a fun night for everyone to watch.”

In his pre-fight interview, the Legacy Gym fighter opened up about his personal style and his competitive nature. See what else he told MMA Viking.