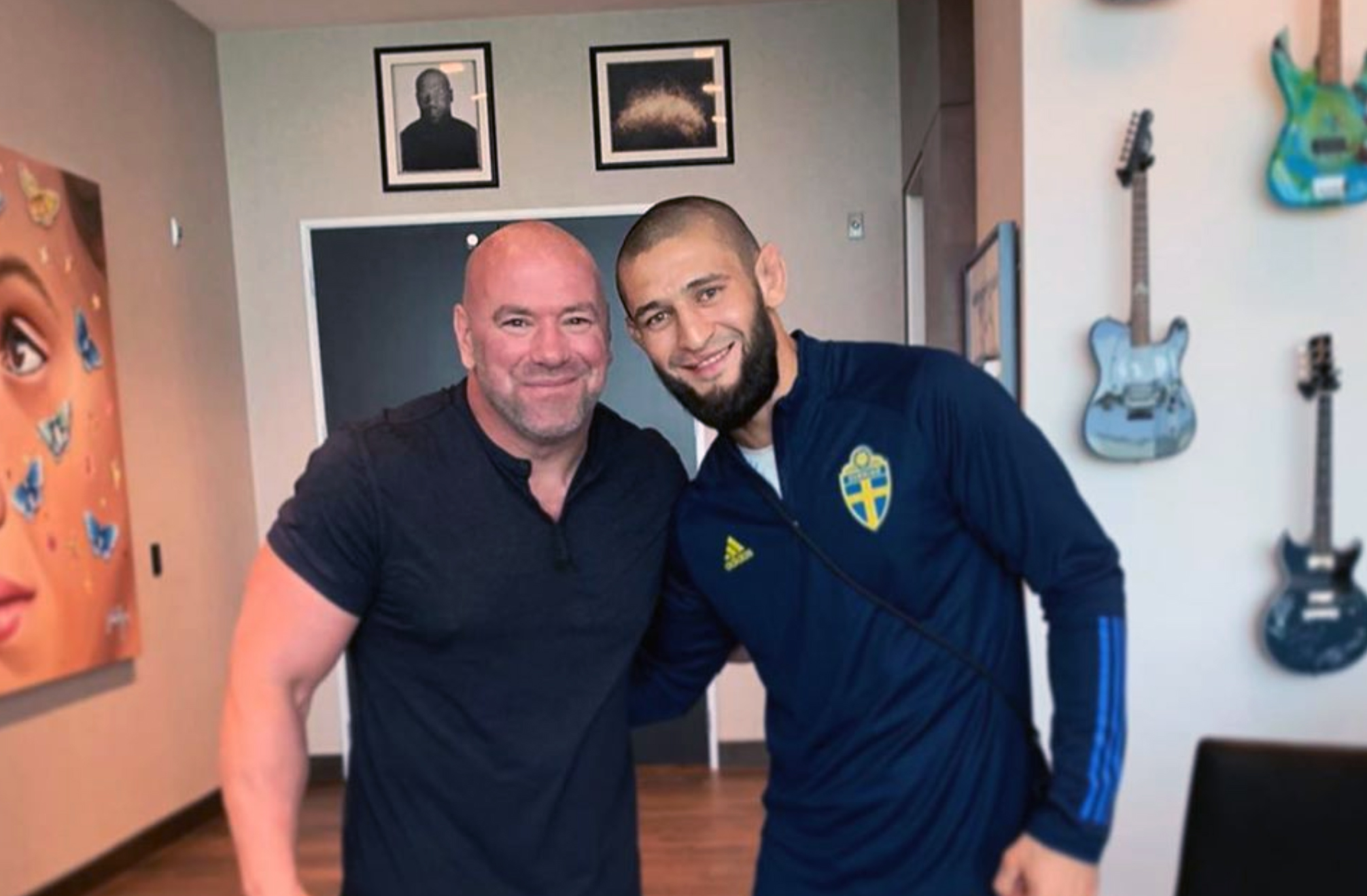 Khamzat Chimaev‘s (8-0) first appearance in the UFC shook Fight Island with two wins within a 10 day period. Now the UFC is planning an unheard of two fights. “He wants all these fights back-to-back… I would never do that for somebody else” says White.

Chimaev’s first opponent will be Gerald Meerschaert (31-13) on September 19 at UFC Fight Night Covington vs. Woodley, and if he gets past the American, the Sweden-based fighter is set to get a shot against two-time UFC title challenger Demian Maia (28-10).

After the Allstars Training Center fighter’s last win over Rhys McKee in July, the fighter faced problems with getting a visa so he could not fight in the US. Therefore, despite the fighter’s own desire to continue his impressive run in the UFC, he had to wait until the visa will be issued to him. Now that all the travel issues are taken care of, the UFC is lining up opponents for “Borz.”

“He’s not leaving the cage physically able to fight in October.” says the middleweight “GM3” that is in disbelief the UFC has already planned another fight for Khazmat the welterweight so short after their fight.

Meerschaert currently runs a 1-fight losing streak, after having lost to Ian Heinisch (14-3, 3-2 UFC) via TKO in the very first round at UFC 250. It is worth noting that Meerschaert, has also previously lost to the Swedish fighter Jack Hermansson (21-5 MMA, 11-3 UFC) back in 2018 via submission in round 1.

If Chimaev gets past Meerschaert, he will be facing one of UFC’s true veterans and arguably one of the best grapplers in MMA, Demian Maia in a high-profile matchup. The Brazilian has been a part of the UFC since 2007 and over this period of time, he scored wins over many big names. Prior to his recent loss to Gilbert Burns, who is currently fighting for the championship belt, he was on a 3-fight winning streak, having beaten Lyman Good, Anthony Rocco Martin and then Ben Askren.

“We’ve never really had anybody that’s doing anything like he is right now. It’s interesting, I like it, and I’ve never had a guy like this.” says White.