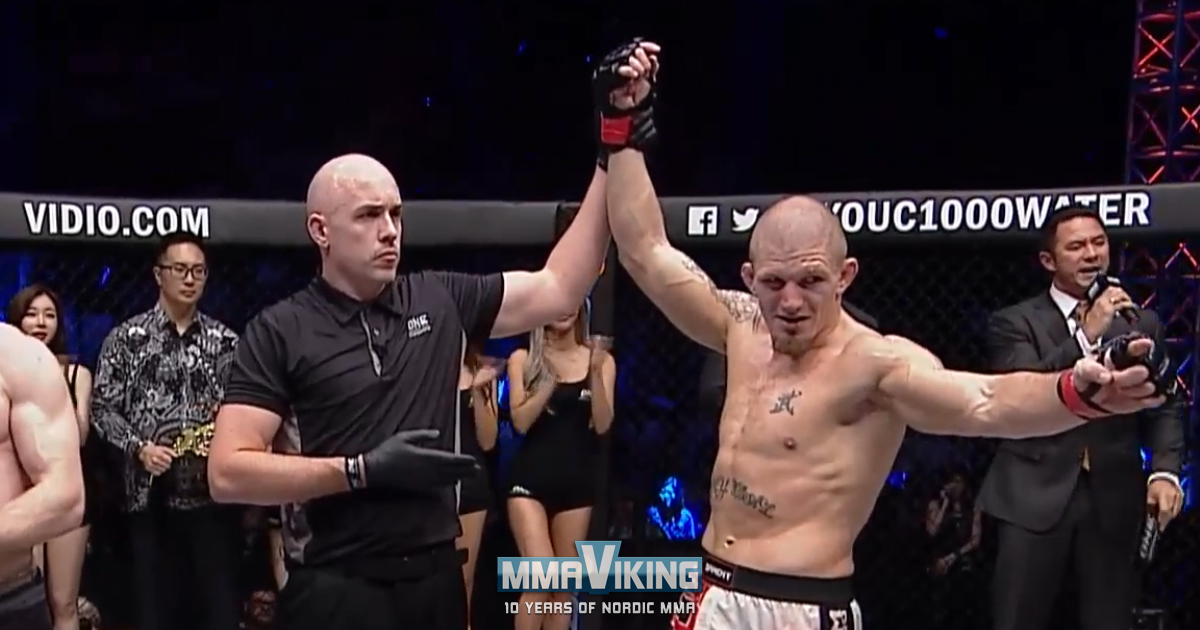 Zebaztian Kadestam (11-4) stopped previously unbeaten Tyler McGuire (11-1) in the five-round main event in Jakarta, Indonesia on November 17.  The “Bandit” did it in dramatic fashion with a crushing right hand in the fifth round, followed up by a knee to the head for the stoppage to earn the ONE Welterweight World Championship.

The Pancrase MMA fighter out of Stockholm was behind in the cards as the American was able to get take-downs early.  Kadestam began to wore down the grappler and land bigger punches as the fight wore on.  The Swede played up to the crowd as he dodged the powerful punches, and finally landed the biggest of his own to drop the American.  In Pride style, Zebaztian landed a final knee to the face of the downed opponent.

The Swede bounced back from his title loss to Ben “Funky” Askren in his previous welterweight title shot. The Pancrase Gym fighter beat Kuala Lumpur’s own Agilan Thani (8-1) in Kuala Lumpur back on July 13 at ONE: PURSUIT OF POWER to get another shot at

McGuire, an Extreme Challenge and Excite Fight Welterweight Champion, entered this contest on the back of a successful promotional debut.