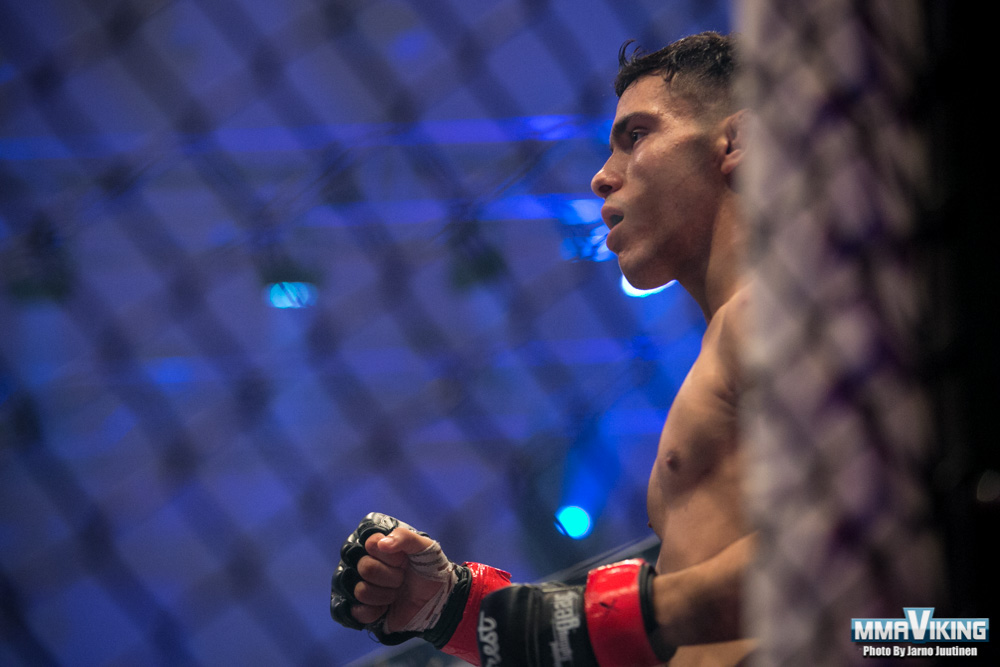 Finland’s Abdul Hussein (4-1) suffered a loss in his Brave Combat Federation debut today. The 2016 IMMAF world champion suffered a loss to Nawras Abzakh (7-1) from Jordan that had the crowd behind him. “Today wasn’t my day.” says Hussein shortly after the bout on Facebook.

Hussein extended his pro undefeated record to 4 wins with 0 losses as he stopped Yari Orsini (8-3-1) at Cage 41, but now suffers his first loss. The IMMAF champion was submitted with a guillotine in the first round of the packed event.

“The opponent hit me in the very early and my right eye got closed immediately. I couldn’t see from my right side anymore and i thought that i will hit him few times and take it to the ground and start from there. I left my neck little bit exposed and i knew the guy was good in guillotine, but unfortunately i could’t escape the choke and the lights went off. The opponent was better today. I wish Nawras and his great team the very best and success.”

Abzakh has an impressive 7 win and 1 loss record with the win.

WOW! Nawras Abzakh picks up his first Brave win with a guillotine choke over Hussein! The crowd erupts! #BraveCF10

“Thanks for all my fans and sponsors. This was teachable experience for me and i will learn from it and come better than ever.”