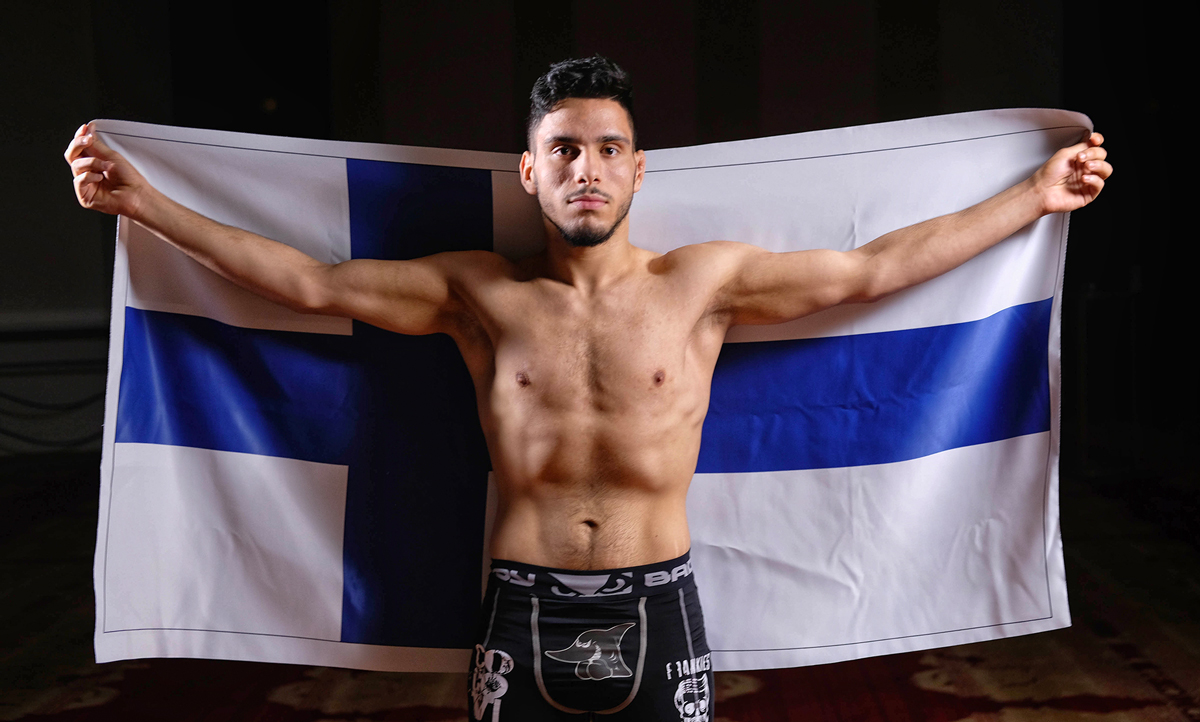 Finland’s Abdul Hussein (4-0) will make his Brave Combat Federation debut today. “Abba” will fight at Brave 10: The Kingdom Rises in Amman, Jordan.  The 2016 IMMAF world champion will face Nawras Abzakh (6-1) from Jordan and made the bantamweight limit yesterday.

Hussien will be the first fighter to represent Finland at Brave Combat Federation.  “I have heard that Brave is one of the top mma organisation not just in the middle east and they are continuing to growing abroad and they really take care of their fighters. I knew the staff from the IMMAF competitions and they were very excited that i wanted to be part of their journey. So naturally i want to be the best so i have to sign with the best in the business.” says Hussein to MMA Viking.

“The IMMAF gold medalist at bantamweight has his roots in Palestine and was born in a Palestinian refugee camp in Lebanon. His family moved to Finland during his childhood.” states the promotion about signing the Finland based fighter to the organization based in the Kingdom of Bahrain.

“If you wanna be the best you gotta take out the best.” – Hussien

Hussein extended his pro undefeated record to 4 wins with 0 losses as he stopped Yari Orsini (8-3-1) at Cage 41 at the Helsinki Culture House in November.

Abzakh will be returning after the only defeat in his career to fight in his own hometown in Jordan. He has won all his six victories by way of submission or by decision showcasing great cardio and grappling skills.