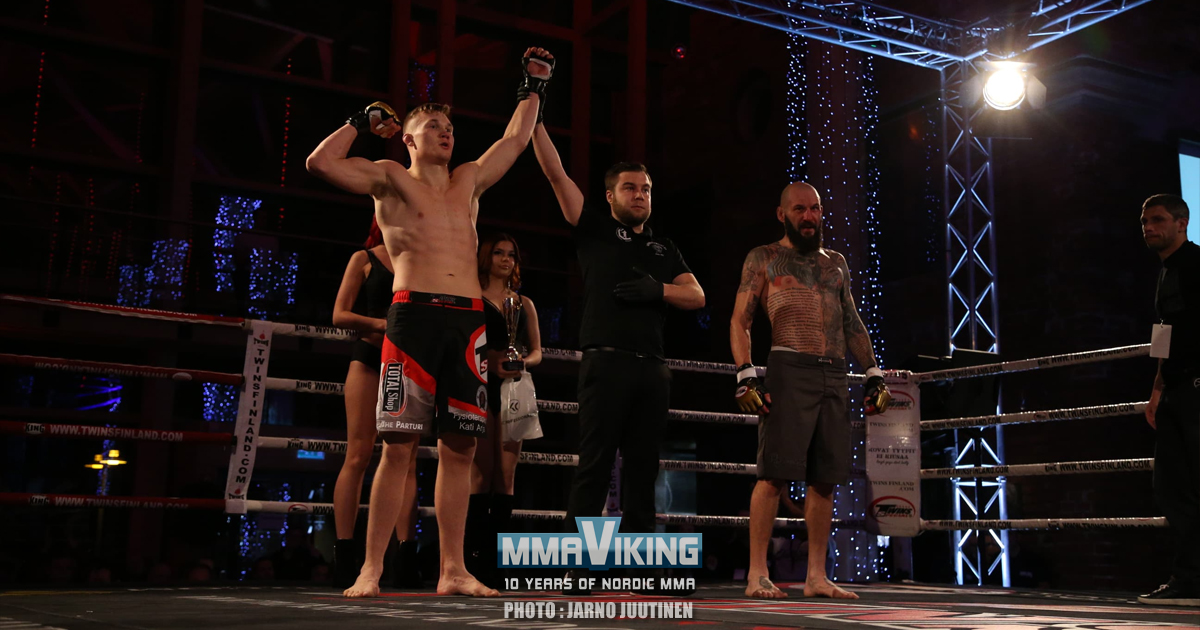 Aleksi Lukkarinen (4-0) won by TKO at Total Fight Night III in Lahti, Finland.  The 80 KG fighter stopped Vladyslav Shchepantsy in the first round. 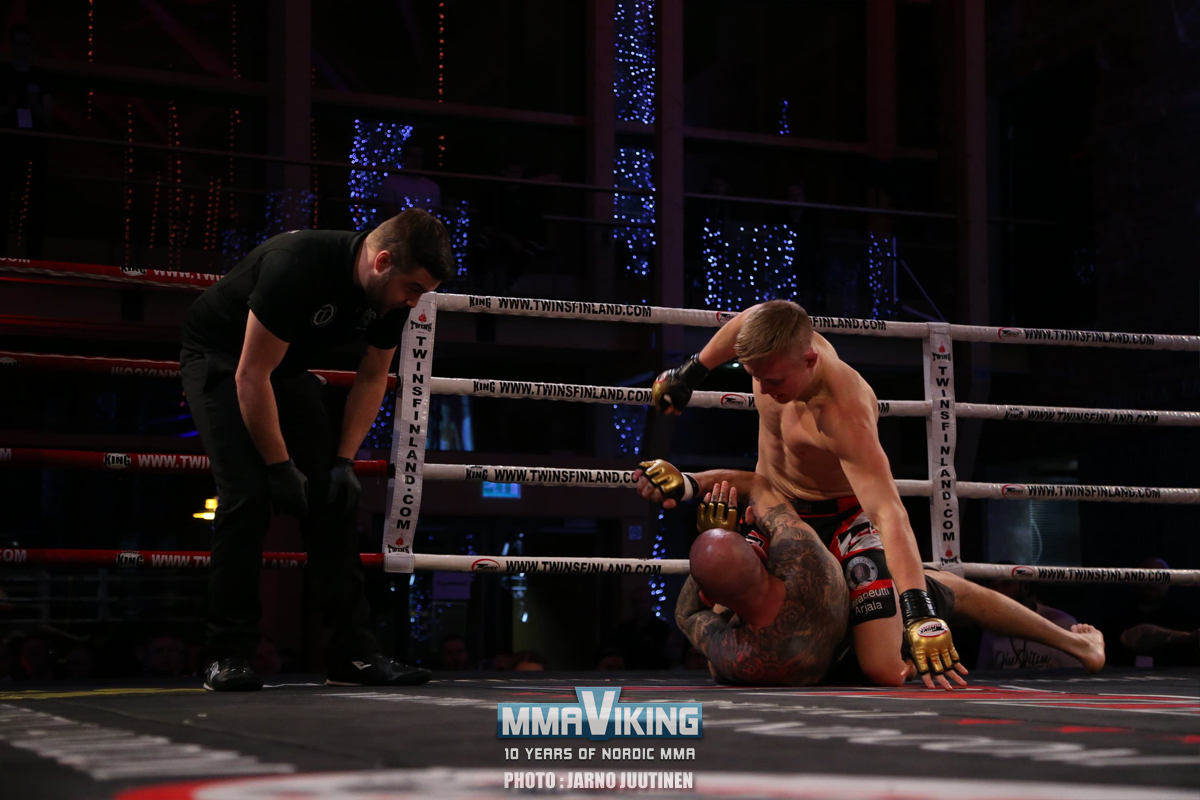 Lukkarinen is coming off of a 14 second KO in his triumphant return to the cage at Karkkila Fight Night last month. “Returning to the cage felt awesome! But man it felt a long time being off for two years.” says Aleksi to MMA Viking after the last win, and he has continued his momentum in Lahti. 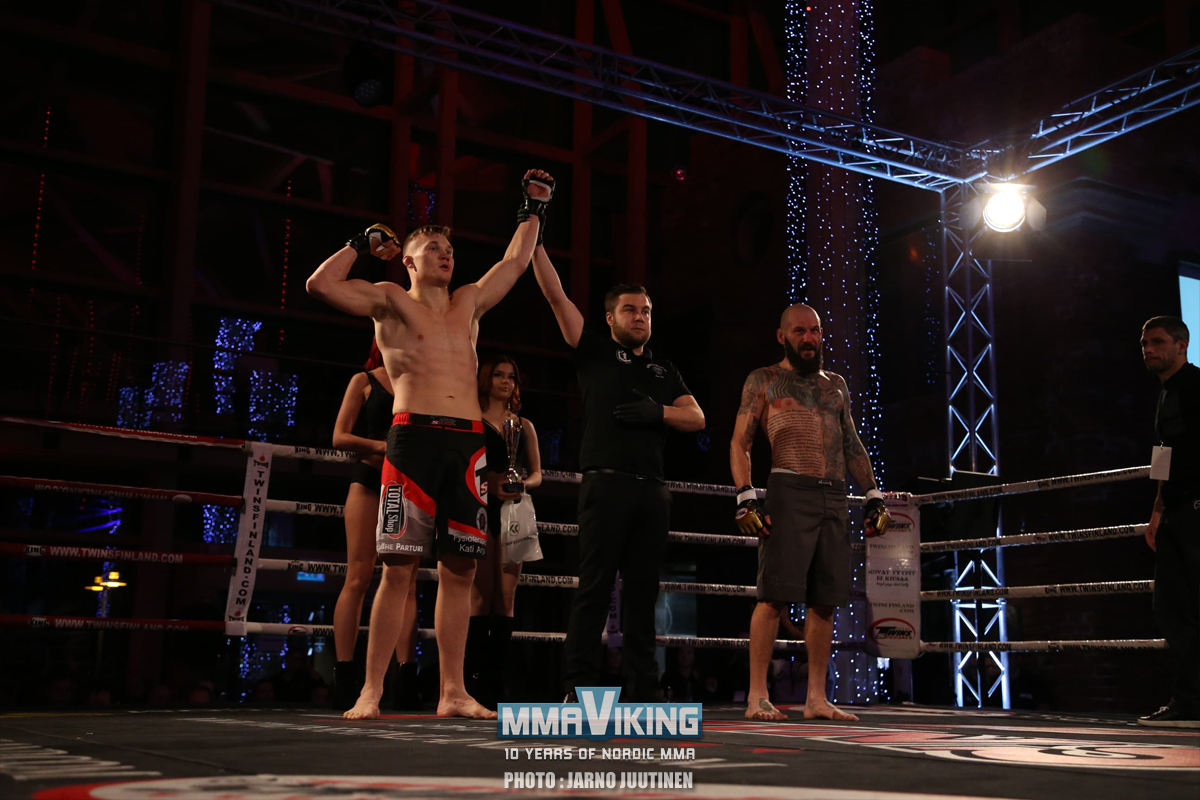 The Team Letic / Baretto Lahti fighter is undefeated with 4 professional wins all by stoppage.