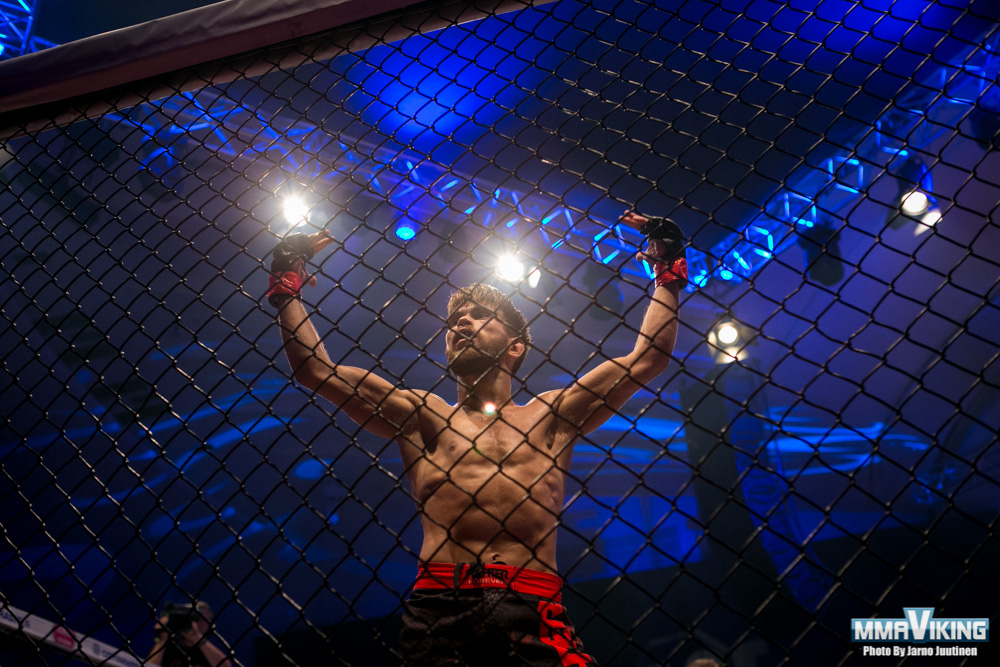 Aleksi Toivonen (5-1) will make a quick return to battle on the Cage 41 card on November 25 at the Helsinki Culture House. “I am in good shape and I continued to practice almost immediately after my previous bout.”

The “Giant” submitted Oleg Mykhayliv (7-7) in September at CAGE 40, taking out his most experienced opposition. Now he will face Englishman Coner Hignett (4-2), known as the “Hand Grenade”.

The 25-year-old Finn will take on the younger opponent that is only 22 years old. “I am not familiar with my opponent” says the Lahden Gentai fighter. “I’m a completely different level compared to his previous opponents” says the HAMMA fighter that has won his last four out of five bouts.