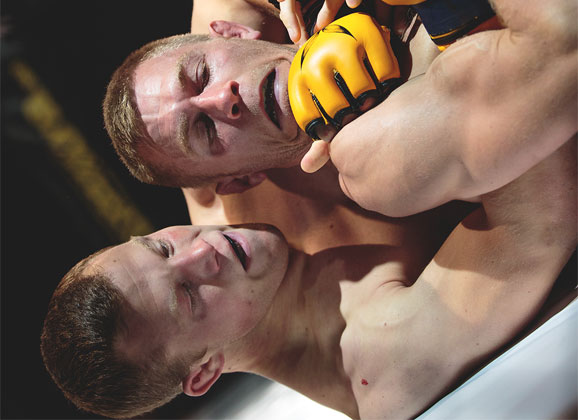 The lone Nordic fighter on the BAMMA 25 card was Alexander Bergman, and the Swedish wrestler had his momements against Matt Hallam but was ultimately stopped by punches at 37 seconds of the second round.

Hallman from Team Rough House moved to 6 wins and 2 losses with his second round TKO by punches.

The middleweight Bergman has now four wins and two losses. After winning his first four bouts, he has now lost two in a row.