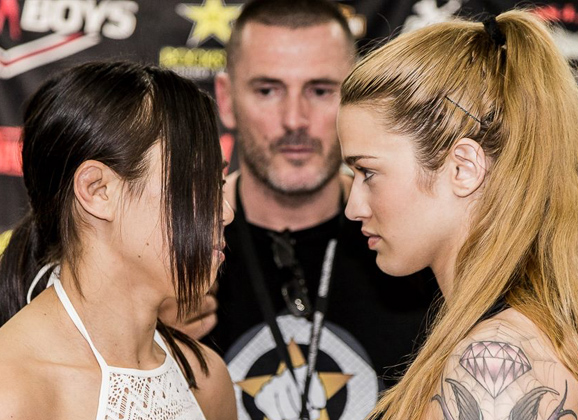 “Yay.. I won my fight… 1st rnd sub! Thank you too Jesus Arjona Dominguez Thank for being my translator and stepping up as my corner last minute.. And to Paul marin for the warm up and being my corner!!!
I truly believe that the journey is as importantant as the destination.. And im very blessed gotten to know so many great people the last months.. I really appreciate you even though I say mean stuff. Haha. Or laugh when it’s most inappropriate . Want to say a Big thank you to my coaches Greg and Mike Winklejohn, and Bart Lujan, Rafael Barata Freitas, Roberto Alencarand everybody at Gracie barra.. Harry St. Leger, Michael Connally, Jared Saavedra Chad Smith Matt Phinney and my mental coach William chandon for helping me getting ready for this fight. And to my sponsors Bryan Torres, Zenzi By Realmat, European shuffleboard , scs Tommy Davis, elite osm Beau Hightower.” posts the Norwegian that now trains out Jackson-Wink MMA in New Mexico.

The 31 year old Haga has now won three straight fights, including her two previous bouts at BAMMA. All three of these have come by submission.