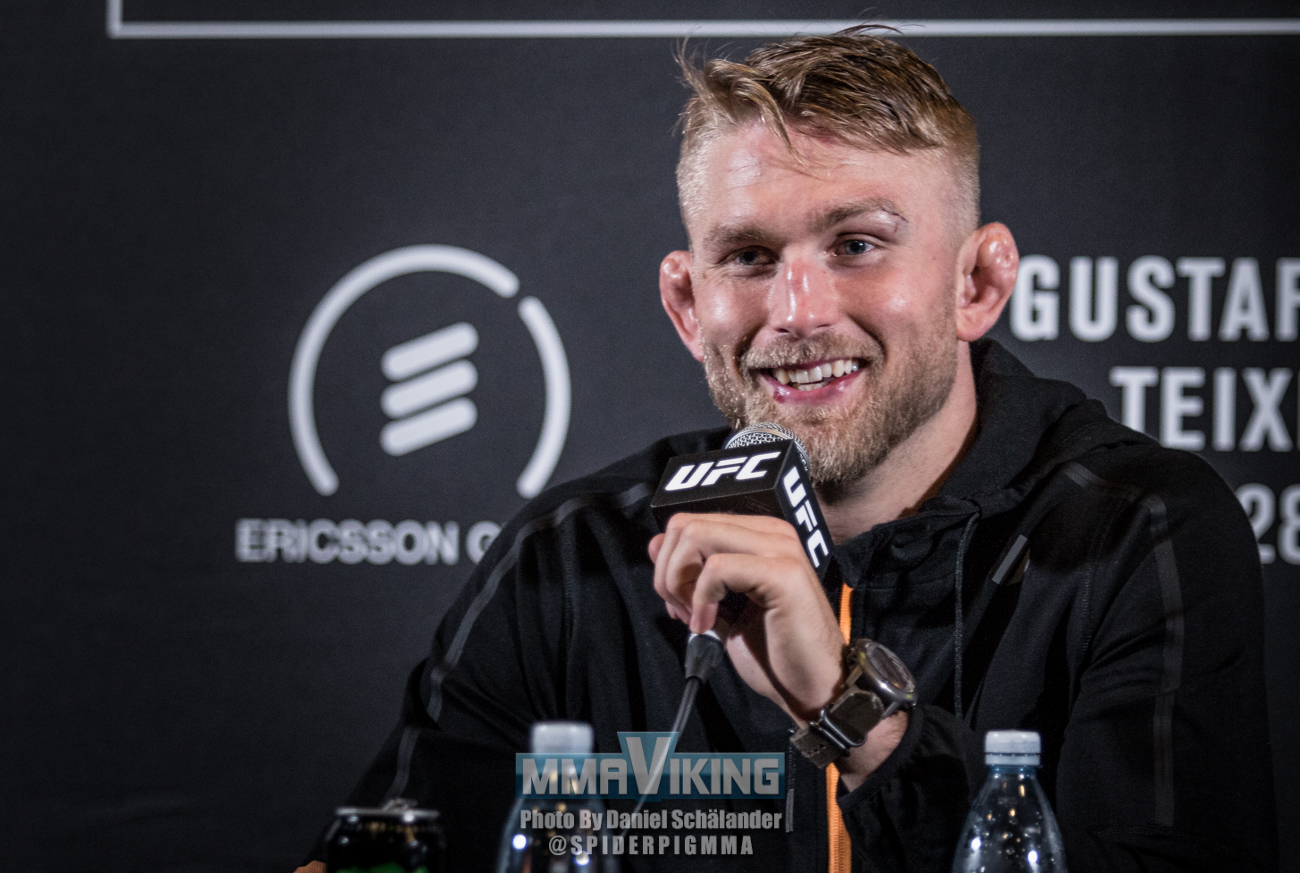 The Nordic rankings have been updated with top-ranked fighters from or living in Denmark, Finland, Iceland, Norway, and Sweden.  Since 2011, MMA Viking has published the official Nordic MMA rankings used by local and international promotions.  The last rankings were published in April, check out the latest update below.

Sweden-raised Amir Albazi won his tenth straight fight with his latest on a big stage.  The grappling world champion was victorious at Bellator 179 in drop down back to the flyweight to take the top spot.  Mikael Silander gives up the number one ranking, even after his most recent TKO at Cage 39 over Eduardo Felipe to make room for the undefeated Albazi.  The Finn will be back at M-1 in Helsinki in August.  Aleksi Toivonen suffered his first loss at Cage 39 after getting caught by Oleg Lichkovaka early in his bout, but the set-back doesn’t impact the potential of the talented fighter.  Bilal Musa has been inactive, but will look to rebound from his two losses (including one to Binh Son Le) in his next outing.  Le lost at M-1 Challenge 78 by a majority decision in May.  Anton Larsson has lost his last three of four bouts, but after training at Legacy Gym for years is now back training in Umeå, Sweden. 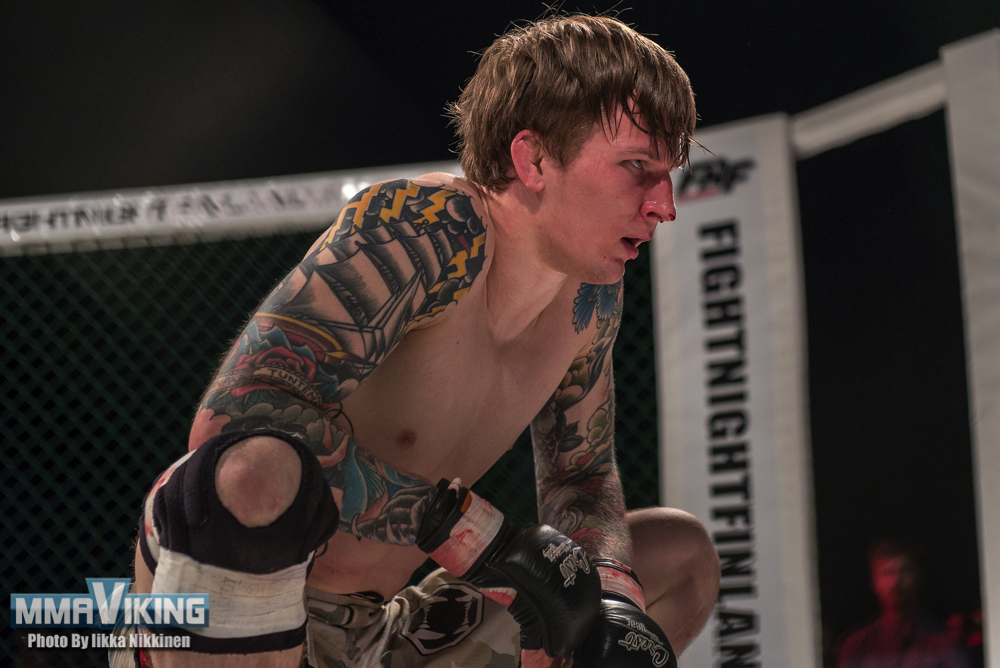 Finn Janne Elonen-Kulmala snapped his long 11 fight win streak with a split decision loss at Cage 39, but still holds on to the top spot with his impressive run.  Sirwan Kakai will look to rebound from three straight losses against top ranked fighters, including Bellator Champ Joe Warren and UFC’s Frankie Saenz.   Timo-Juhani Hirvikangas finally got back into the cage after a two year layoff, and has so far lost a split decision to a tough prospect Khalid Taha in November and most recently with a solid win at NFC 2 over Marc Gomez.  With the Spaniard beating Toni Tauru at EuroFC 1, it moves Timo up. Dynamite is still working to capture the magic he had with his 10-fight winning streak, losing his past four of five leaves him in the fourth spot.  Martin Akhtar was submitted at Superior Challenge 15 in his attempt at a title shot. With the drop of Amir Albazi to flyweight, there are moves up in the bottom of the rankings and room for Fernando Flores to get his first top-6 ranking. 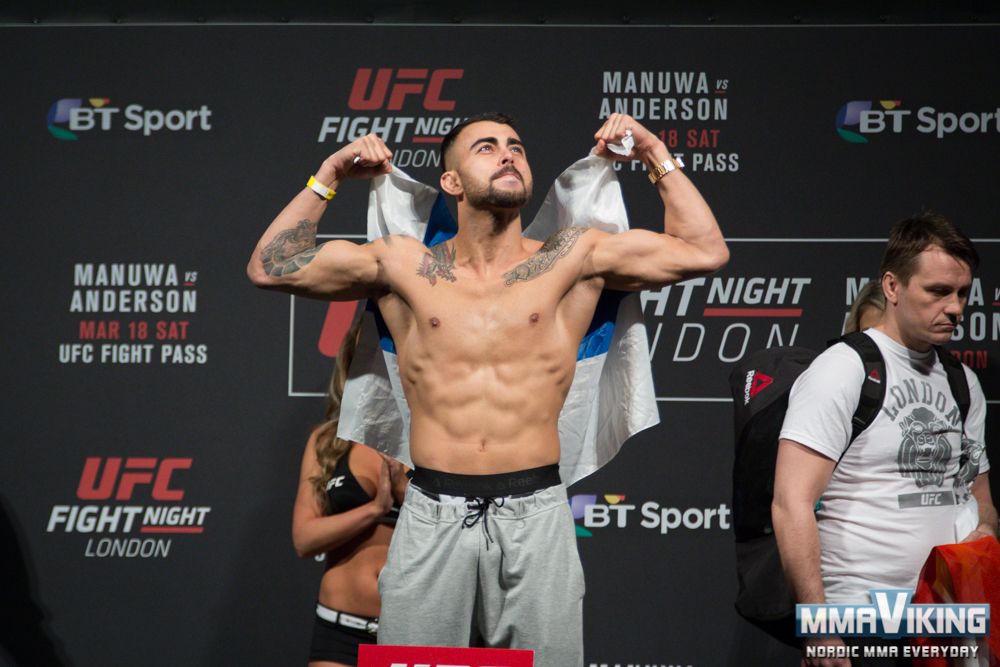 Makwan Amirkhani lost at the recent UFC in London in March in a split decision to Arnold Allen, but his prior Octagon winning streak of three keeps him in the top spot.  Niklas Bäckström secured a solid win over Joni Salovaara back at Cage 37 and remains in the second spot.  Salovaara TKO’d Kostadin Enev at Cage 39 to get back on the winning track and secure the 3rd ranking.  Mads Burnell got his biggest win over TUF Fernando Duarte Bagordache in November.  Daniel Teymur is undefeated with all first round finishes, and has been seeking to join his top-ranked lightweight brother in the UFC.  Frantz Slioa got back in action with a solid win in Cage Warriors after his long layoff, and grabs the sixth ranking.

David Teymur had a breakthrough performance, beating Lando Vannata at UFC 209 keeping him as the top ranked lightweight.  Damir Hadzovic moves up a spot with his perfect knee KO win over former Bellator champ Marcin Held at UFC in Sweden.  Reza Madadi has suffered two straight losses, however his near win over undefeated Joaquim Silva on short notice was impressive.  Teemu Packalen was KO’d by top prospect Marc Diakese in London in his most recent outing and will look for a return after summer.  Anton Kuivanen rebounded from two straight stoppages with his win over Tetsuya Yamada in the main event of Cage 38 and will be on the upcoming M-1 card in Helsinki.  Bergen MMA & Grappling’s Alexander Jacobsen enters the rankings for the first time with his eight fight winning streak, including his CWFC 84 solid win over Tom Green. 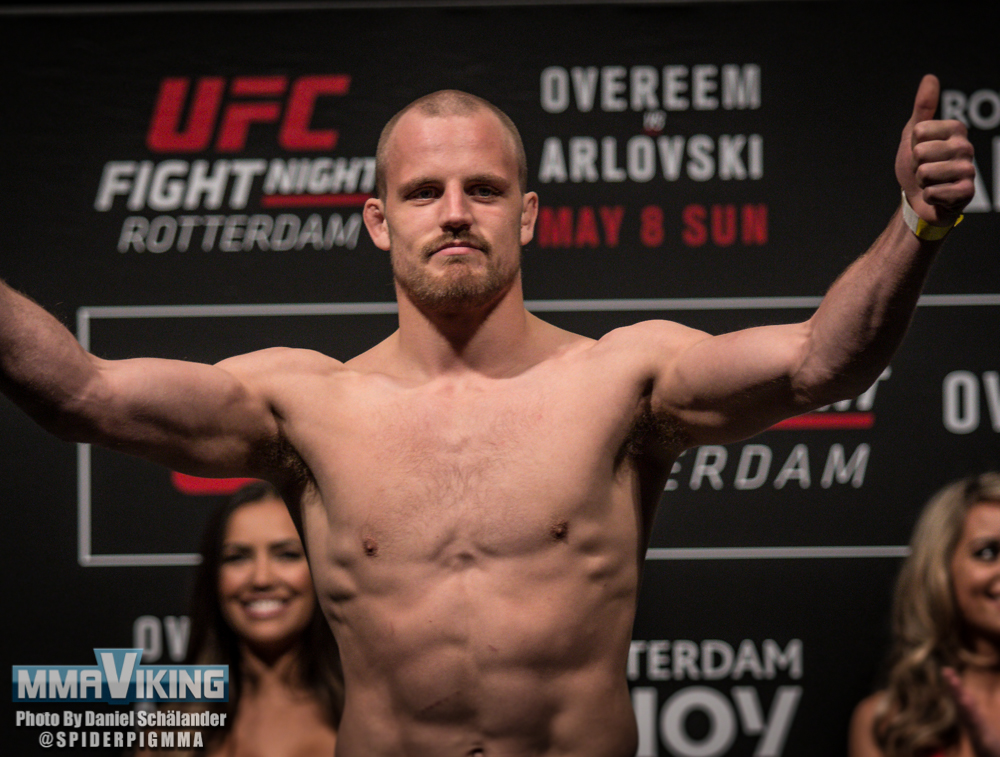 Gunnar Nelson locks up the top spot with his March win over Alan Jouban at UFC FN London.  The Mjolnir fighter will be headlining UFC Scotland to take on Santiago Ponzinibbio in the main event.  Emil Weber Meek keeps his second spot with his last two wins impressive ones, including Rousimar Palhares at Venator FC 3 and a UFC debut win over Jordan Mein last year.  Valhalla should be back in action later in the year.  Swede David Bielkheden has won seven straight bouts, including his recent belt-winning performance over Morten Djursaa at Superior Challenge 15.  Nicolas Dalby remains in the number four spot, and it shouldn’t be too long until we see him back in action.  Jonathan Westin (with a win over Juho Valamaa) is ranked five as he awaits to prove he belongs in the Octagon.  Juho Valamaa beat Zebastian Kadestam at Superior Challenge 15 and then beat Anton Radko in May at FNF 14 to keep his sixth spot.  Zebaztian Kadestam had a huge comeback win over Luis Santos at One Championship and knocking on the door of a higher ranking if he can land his desired matchup with ONE champ Ben Askren. 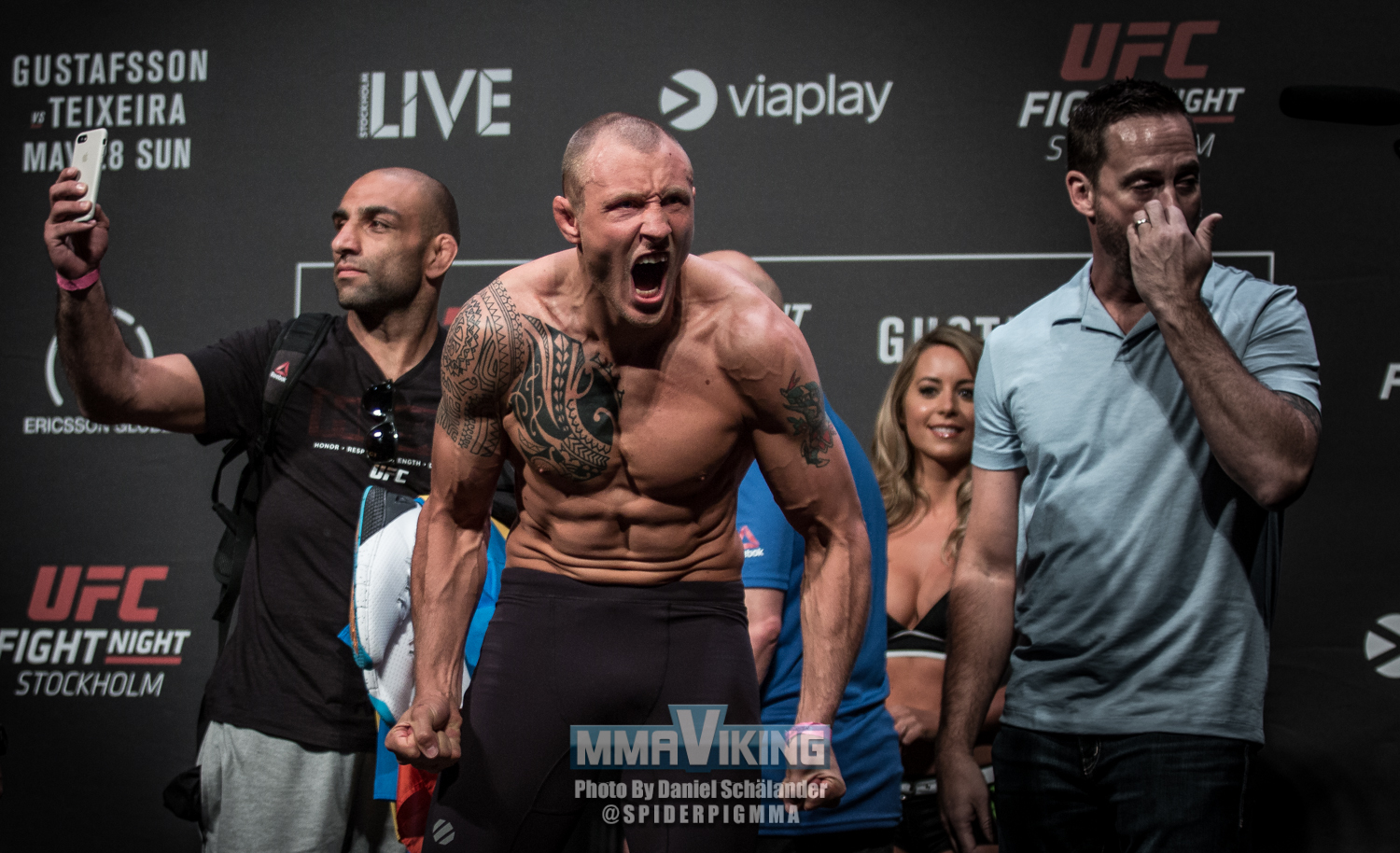 Jack Hermansson dominated in his home country of Sweden, stopping Alex Nicholson at UFC in Stockholm in the first round, holding on to the top spot.  Magnus Cedenblad is in the second spot, but Jycken has been dealing with a neck injury, and his return is uncertain.  Mikkel Parlo has been a staple of the middleweight division but mostly inactive over the last few years with injuries, and only fight of 2016 was a loss to Chris Honeycutt.  Sadibou Sy is ranked number four and has won his last four out of five, including his highlight-reel KO kick over David Round at Superior Challenge.  Glenn Sparv has won two fights in a row since moving up to middleweight, including his most recent against Yuki Sasaki at Australian Fighting Championship in April.  Papy Abedi gets into the rankings with his win and loss at the last Superior Challenge events since returning after a more than two year layoff.  Many fighters get a move up in the middleweight rankings as Max Nunes has moved from middleweight to the light heavyweight division. 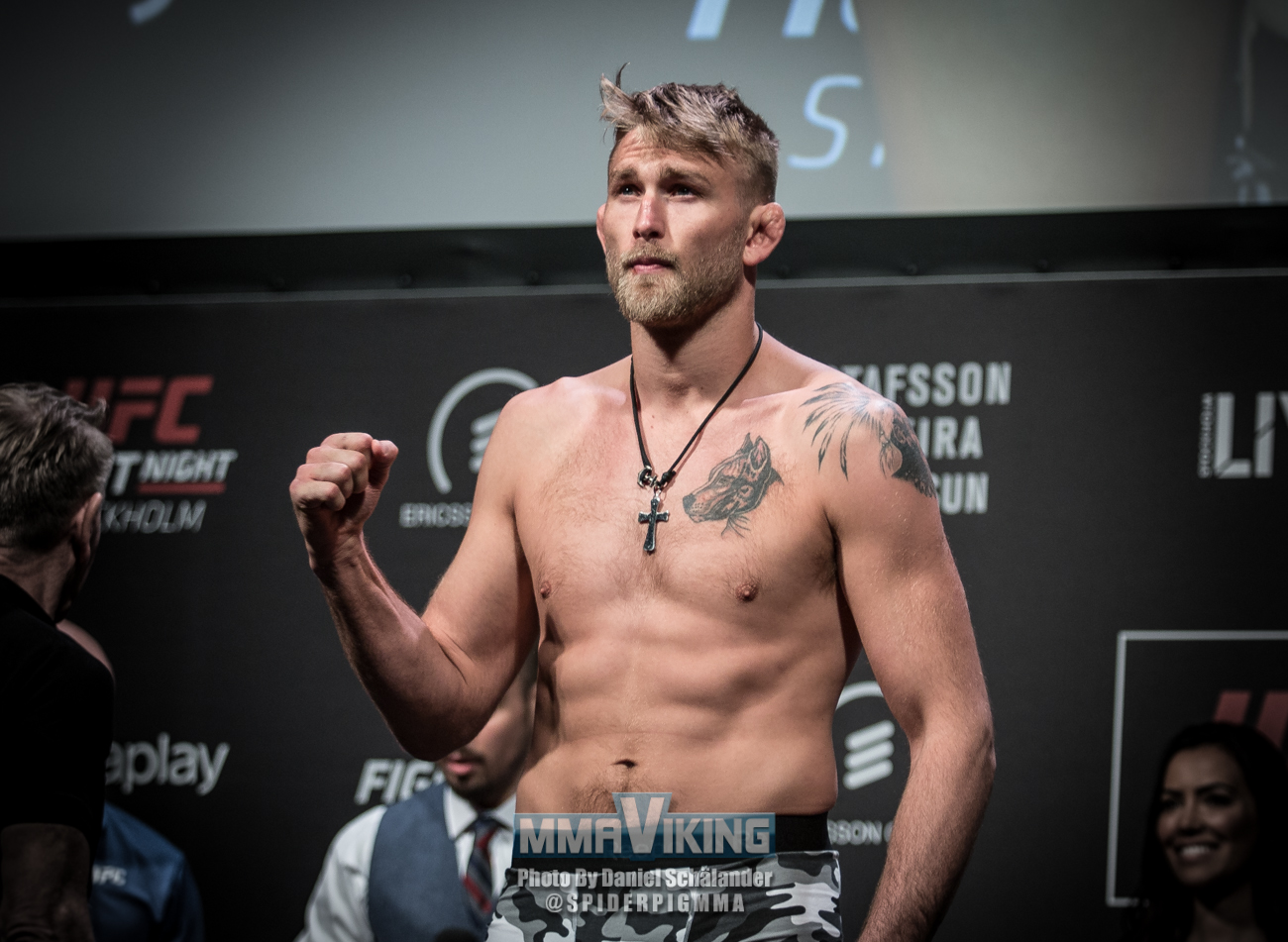 The light heavyweight king Alexander Gustafsson remains the number one ranked fighter with his impressive stoppage over Glover Teixeira at UFC Stockholm.  Ilir Latifi had his three-fight winning streak stopped by Ryan Bader, and should be back in action against a top 10 fighter soon.  Joachim Christensen lost his last two UFC bouts, first versus Gadzhimurad Antigulov at UFC 211 and most recently Dominick Reyes at UFC FN Oklahoma City.  Max Nunes, with a loss to Christensen back in May of 2015, is now officially ranked as a light heavyweight after taking consistent fights in the division.  He lost by KO at ACB 54 in March but eyes a big opportunity as he faces Luke Barnatt at ACB 63 in July.  Kenneth Bergh got the biggest win of his career, stopping Norman Paraisy at CWFC 84, extending his undefeated run to six. The Frontline Academy fighter slides down a spot with Nunes moving into the rankings.  Herdem Alacabek jumps back into the rankings with his first round stoppage of Antonio Arroyo at LFC 13, in his first bout in two years.  Karl Albrektsson suffered his first loss as part of the Rizin World Grand Prix against Valentin Moldavsky, but he will be back at Rizin on July 30, so is next on the contender list.

Christian Colombo has a draw in his Octagon debut and a submission loss back in November.  Godzilla is recovering from injuries and hopes to be back in action later in the year.  Yosef Ali Mohammad still sits at number two with his KO over Nick Barno who is number three.  The “True Dane” has had three fights in three months, with the only loss in this period his last at MMA GALLA 3.  Toni Valtonen made a return to the cage and got himself a win at NFC 1 last May.  The Finn was supposed to fight at NFC 2 in May, but the fight was cancelled.  He will be back in action at M-1 in Helsinki.  Miika Mehmet was unsuccessful in his return suffering a KO in the first round at FNF 12, and with a loss back in 2007 to Valtonen, he stays at the five spot.  Frontline Academy’s Andreas Lagaard lost his pro MMA debut back in March and takes up the last spot in the rankings. 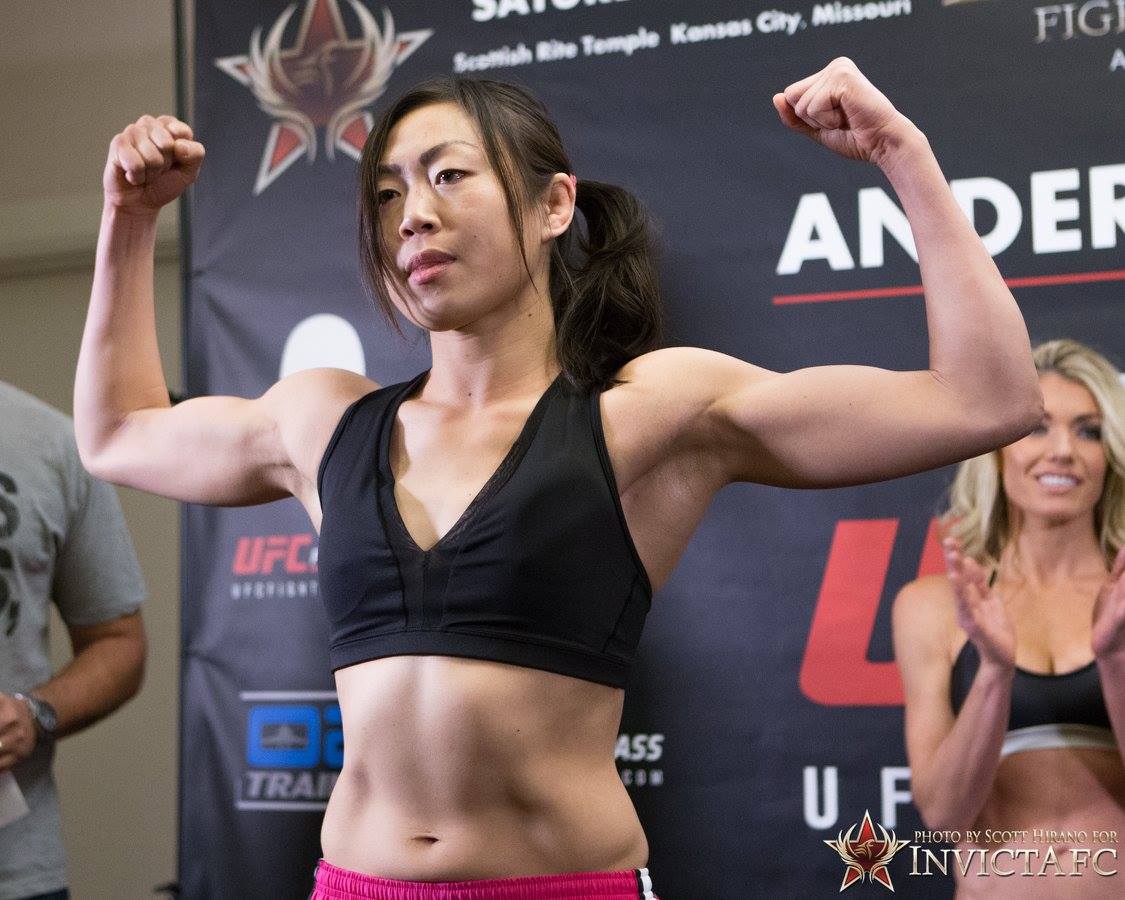 Celine Haga‘s Invicta debut was impressive with a finish at the final bell, but it stands as a loss for now.  However, the Norwegian has won four of her five last bouts and looks to improve her reputation outside of MMA with an upcoming EBI appearance.  Iceland’s Sunna Rannveig Davidsdottir got another solid win in Invicta FC 22 to give her the second spot, and she takes a step closer to a top ranking as she will face Kelly D’Angelo at Invicta FC 24.  Minna Grusander fought Syuri Kondo at Pancrase 284 and lost in a hard fought decision, but rebounded by beating Tiia Kohtamaki at FNF 14.  Iman Darabi won last September at BOB 2016, but has not been in action since.   Vuokko Katainen has been inactive, but still has a solid win over Dóra Perjés back in 2015.  Tiia Kohtamaki made her pro debut in a rematch with Grusander, and with the loss gets the last slot in the rankings. 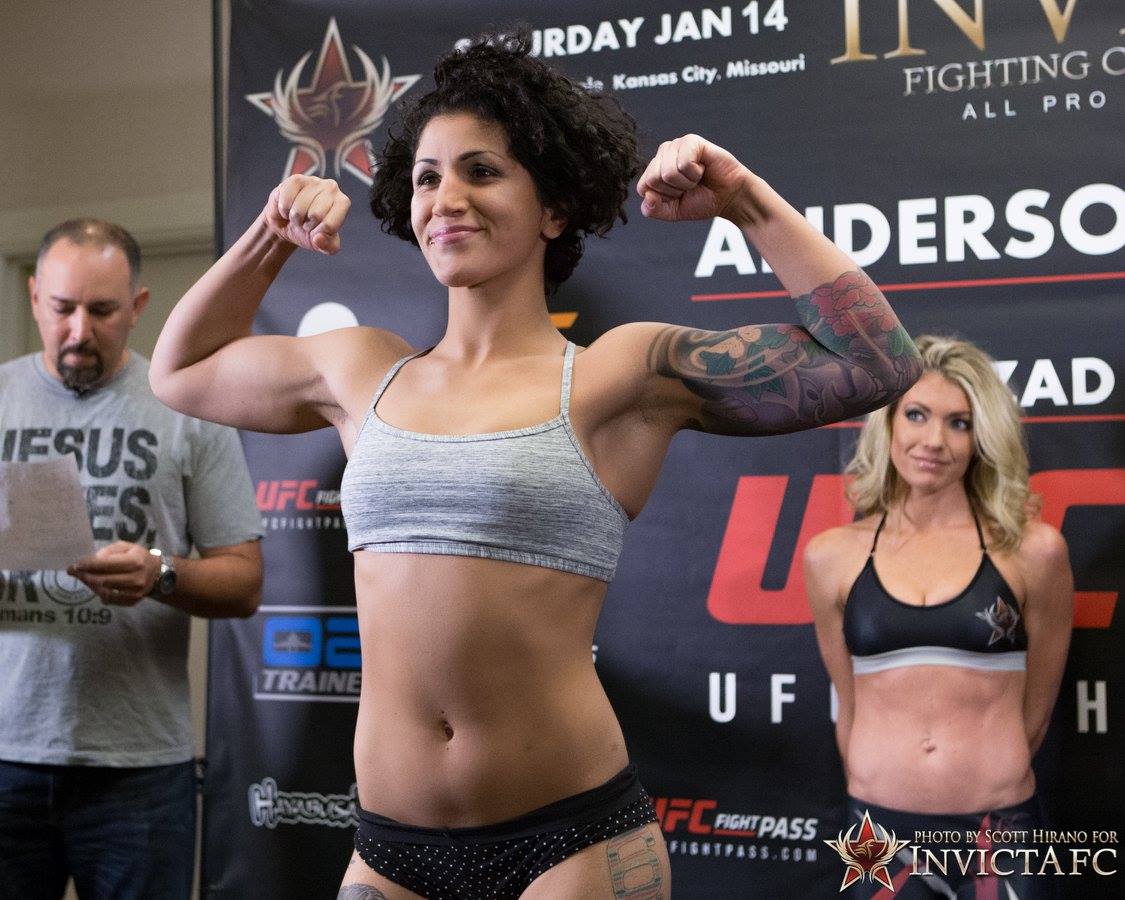 Pannie Kianzad holds the top spot, even though the former Invicta title challenger has now dropped two straight fights.  Sexy Scramble has wins over number two ranked Lina Lansberg and number four ranked and Maria Hougaard, and has been trying to get her next fight inside or outside of the top women’s promotion.  The Elbow Princess did get a big win at UFC in London, boosting her stock and securing the second spot.  She was seeking a second win against Leslie Smith in July in Scotland, but an injury has taken her out of the bout.  Suvi Salmimies won her last outing against Evelina Puidaite at NFC 2 making it three victories in her last four bouts, and should be back in action after the summer.  Hougaard in the forth spot.  The veteran has fought for Invicta and lost to Lansberg back in 2016.  Eeva Siiskonen looks to recovery from injury and get back into the cage in 2017.  Camilla Hinze gets the sixth ranking and has a majority loss decision in her last fight at Trophy MMA 8.