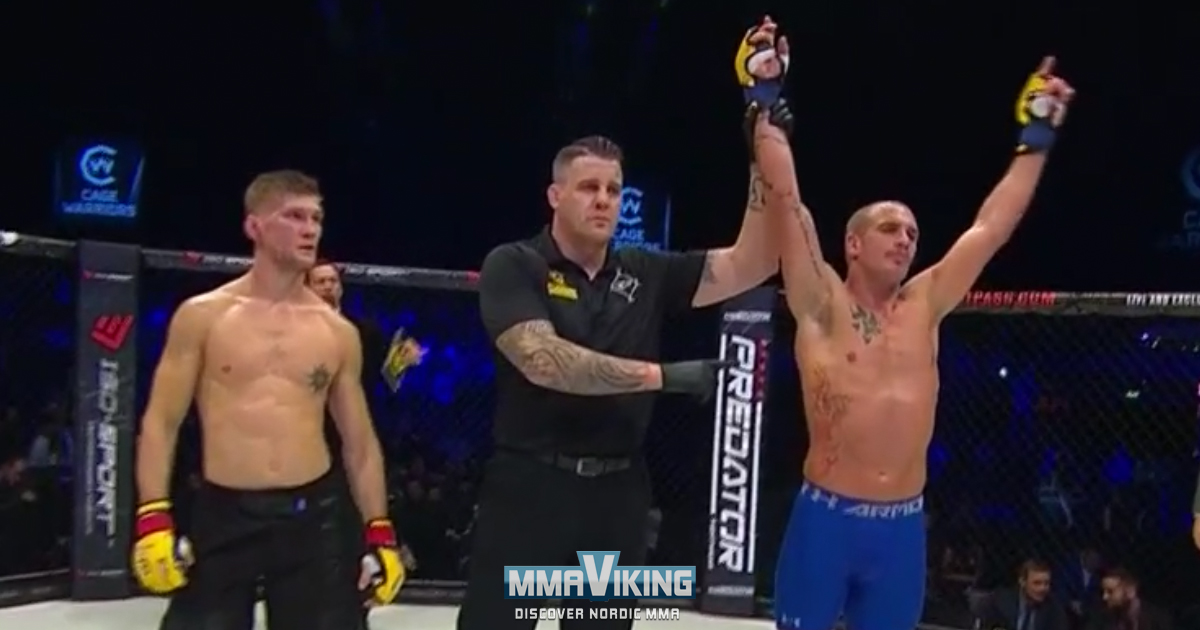 The Bergen MMA and Bergen Grappling’s Alexander Jacobsen (9-4) was looking to get back into winning ways against Perry Goodwin (9-5) at Cage Warriors 98 this Saturday in Birmingham, but he could not get his offense going and dropped his second straight fight. 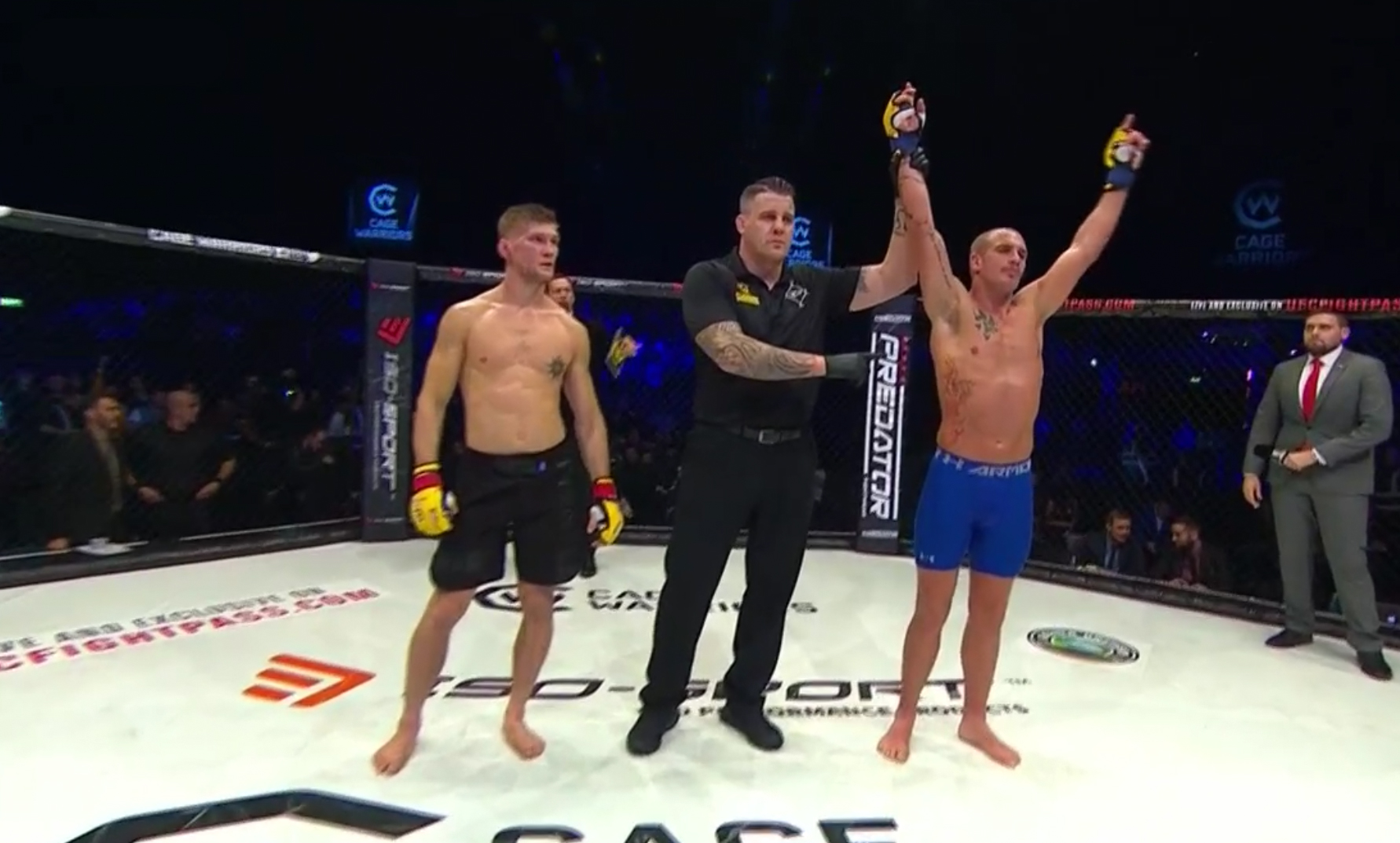 The “Predator” came out with a solid gameplan and used kicks to immediately slow down “Bad Romance,” damaging his lead leg over and over again.

As the Norwegian did move in for offense, the Englishman landed a counter left hand and looked to have the speed advantage in the exchange.  37 seconds into the second round, as Alexander looked to find a way to his offense, he was hit with a crisp left hook that dropped Jacobsen to his face with a few more punches landing on the mat stopping the fight.

The Norwegian was last in the cage in a bloody battle versus Søren Bak in a title contender eliminator for the lightweight strap.  The Dane Søren Bak came out on top as he submitted Jacobsen via arm triangle in the second round at the Cage Warriors 93 event in April, and now Jacobsen has been stopped in two consecutive bouts.

The Predator is on the hunt! ❌

Perry Goodwin lands flush and picks up the 2nd round KO ?

Goodwin out of England lost to Sweden based Rafael Macedo on the Cage Warriors 93 card, his last bout.