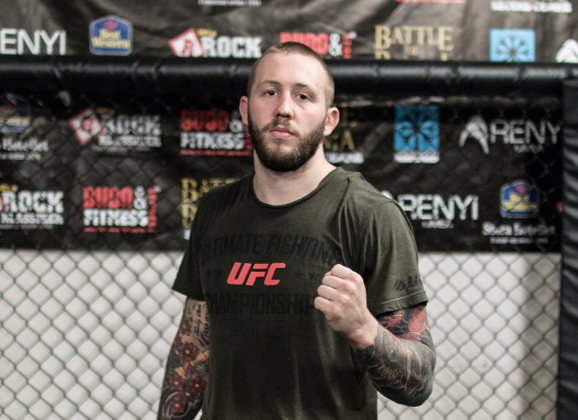 Swede Andreas Ståhl is finally is ready for a fight.  “He will be facing Santiago Ponzinibbio in the UFC in the 10th of December in Las Vegas” posts Mano Management on Facebook. The Renji fighter has been twice booked for his return to the cage, but injuries have prevented him battle.

The Umeå based Stahl will be seeking a win after losing a hard-fought decision in his UFC debut.  He broke his jaw in the first round to Gilbert Burns in his first UFC outing in July of 2014. It was the first loss for the Swede, who had won his first 9 bouts outside of the Octagon.

Paige VanZant and Joanne Calderwood will headline a UFC Fight Night event. The card will be held at The Chelsea at The Cosmopolitan and air on UFC Fight Pass.