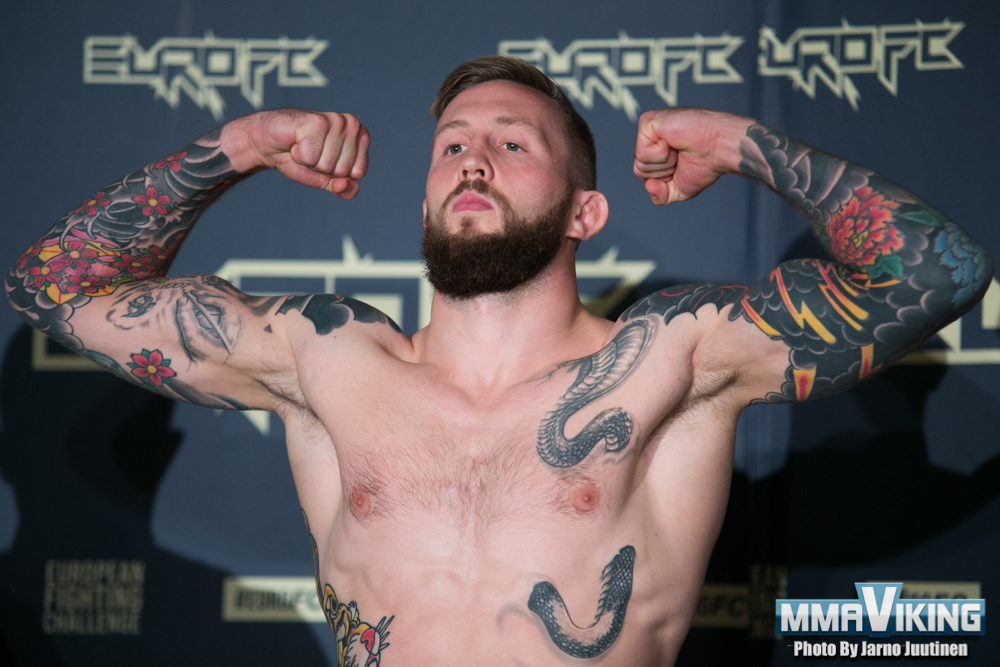 Andreas Ståhl (10-3) is getting ready for a return to the cage.  The Renyi fighter revealed to Norran.se that he will fight for the ACB promotion in Grozny the Chechen Republic, Russia on January 20.

The Swedish wrestler has lost his last four of five bouts, including his last two.  The welterweight’s most recent bout was against German David Zawada (13-3) back in April.

The UFC veteran will face Dzhokhar Duraev who will be fighting in his hometown.  The Russian is undefeated at 4 wins and 0 losses and represents the local Fight Club Berkut.  All of his bouts have been with the promotion.

“Real Steel” fought in the UFC twice in 2014-2015, where he lost to Gilbert Burns and Santiago Ponzinibbio. He had a 9 fight winning streak when he was signed by the leading organization.

The ACB promotion hasn’t gone without controversy.  Many referees and judges boycotted the promotion after the promotion overturned two bouts into “no contests” after they did not agree with the referee’s in cage decision at ACB 52 in Vienna.