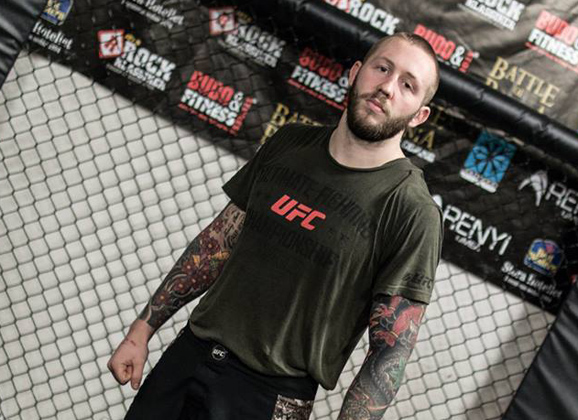 Swede Andreas Ståhl (9 wins, 1 loss) was set make his return to the Octagon after being sidelined for nearly a year, but is no longer on the UFC Fight Night 70 card set for June 27 in Hollywood, Florida.

The card had been shaken up due to Visa issues of international fighters getting to the USA destination, and when the card re-appeared with changes the bout with the Swede no longer appeared on Friday. Real Steel, who was originally set to fight Viscardi Andrade (17 wins, 6 losses) in his UFC debut last July, and again this matchup won’t happen.

“I am terribly disappointed and heartbroken once again need to set a match due to an injury.” says Ståhl on Instagram. “Thanks to my sponsors who make it possible for me to continue to follow my dream. My time is coming, I am sure of it!”