Saturday night’s Cage 26 goes down in Turku, Finland. There is belt on the table, as local headliner Timo-Juhani Hirvikangas faces Poland’s Tymoteusz Swiatek for the featherweight battle Cage strap. MMAViking.com is live at the venue for the 8 bout pro MMA card. See results here.

First fight is about to start! Expect fireworks from Mikko Ahmala as he battles Laurent Beranger.

Laurent Beranger is victorius with a guillotine choke in the first round. Ahmala shot for a takedown, but got countered.

And no one is surprised that Nyyssönen had to defend a submission, but bounced back and started pounding on his opponent. Round 2 now.

Aaaaand still undefeated! Mikael Nyyssönen! Tomasevic was super tired and Miksu caught him in an RNC to end the fight.

Barez defended the takedown for 4 minutes, but Silander succeeded finally. Nothing spectacular, but the Finn secured that round 10-9

Another round for Silander. We’re heading to the last round.

Silander grinded out the victory. Barez was super tough though.

Packalen is still undefeated. Once the fight hit the mat, he unleashed a brutal barrage of elbow strikes and opened a cut on Fourniers face.

Vänttinen was a savage tonight! He absolutely demolished Uitto. Victory comes on the first round after a barrage of leg kicks.

Amirkhani threatened with a kimura early and Guerin had to defend the whole round. Amirkhani won the first round.

Amirkhani shot in early and got threatened with a guillotine. He controlled rest of the round and attacked with a heel hook. Third round now

The King is back. Winner by unanimous decision, Makwan Amirkhani!

Most of the first round were spent on the ground, JP inside Ashir’s guard and Ashir threatening with triangles and an armbar.

JP was stalking Ashir the whole second round and landed a few solid shots. We’d say JP is 20-18 going into the third round.

JP earns the victory by decision. Ashir was quite passive on the 3rd round, but landed a sweet spinning backfist.

We have a new champion and the belt stays in Finland. That round was spectacular! Winner by TKO, GNP from the mount 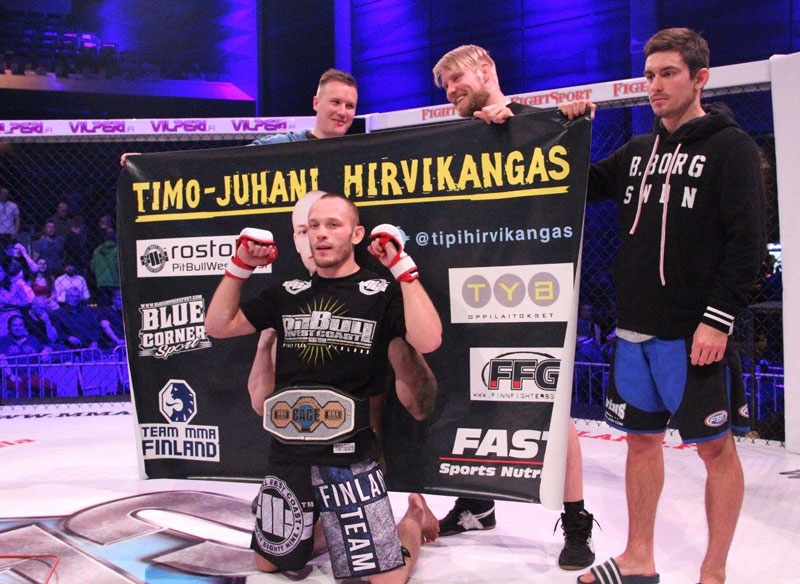 That’s it fight fans, stay tuned for the detailed report and photo gallery, coming next week.