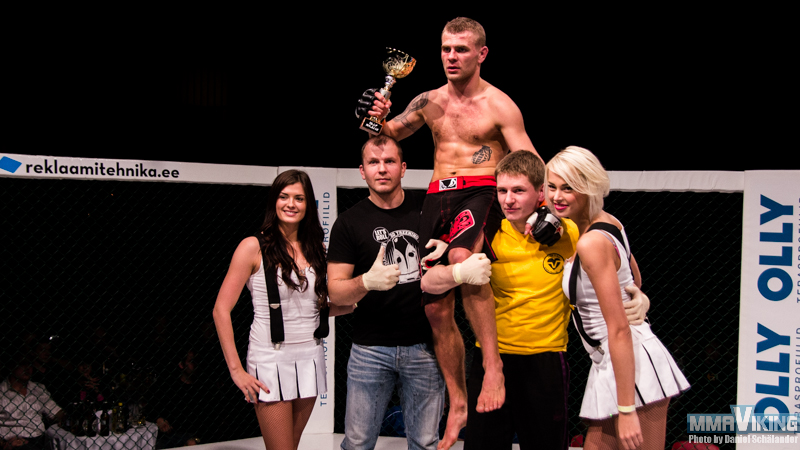 The nights co-main event didn’t fail to deliver as it was one of the most entertaining and high paced fights of the night, with both fighters getting rocked in the opening round. Check out pictures from Estonian Henri Hiiemäe versus Frenchman Fouad Mesdari.

Mesdari is a real character and gets the crowd going with his entrance. Quick left head kick snapped by the Frenchman… and a big one two and drops the Estonian fighter and he looks to be out for one second, but recovers. The referee gives the local time to recover, and the fight is back on its feet. After another stiff punch combination Mesdari falls to his back, and it is Henri who is on top. But from standing an upkick lands flush on the face of Henri. But the Estonian takes top control, but it is the Frenchman looking for a heel hook. The fight gets back to the feet and the two are slugging it out, and a kill shot from the Frenchman, but Hiiemae won’t go anywhere and the two fly into each other in full matrix style… and it is the Estonian who lands on top to finish this crazy round.
Round two starts and it is Hiiemae that takes it to the ground and spins around to take back. A towel is thrown in the cage as a rear naked choke is slapped on, and it seems that the French fighter may have injured his right hand as he taps early. Strange ending to a wild fight. 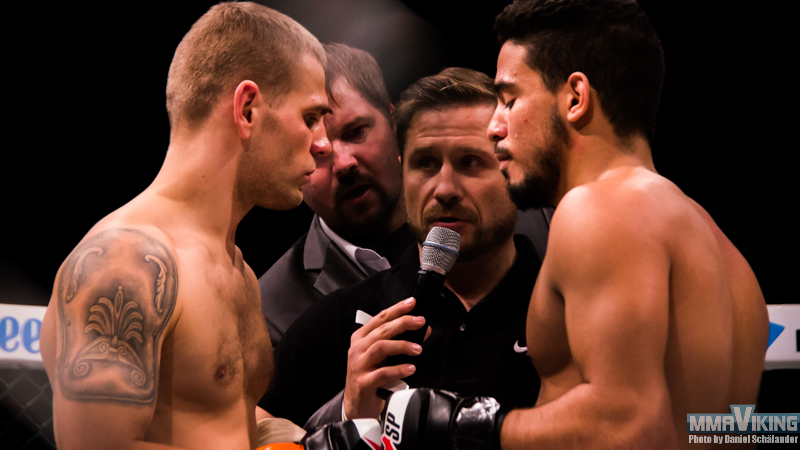 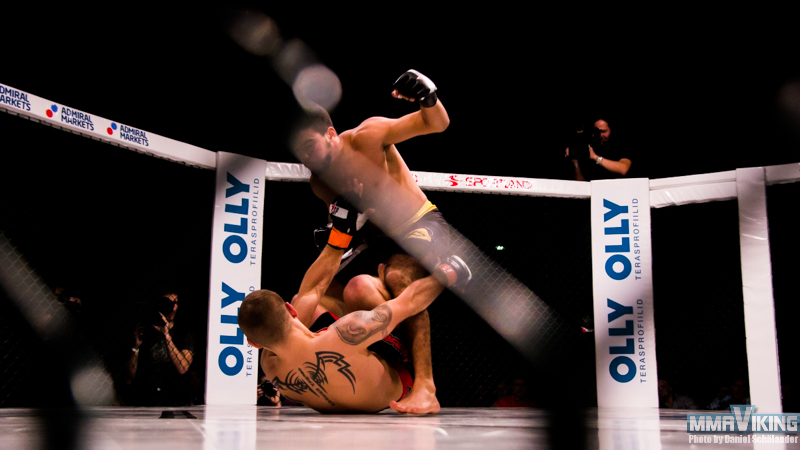 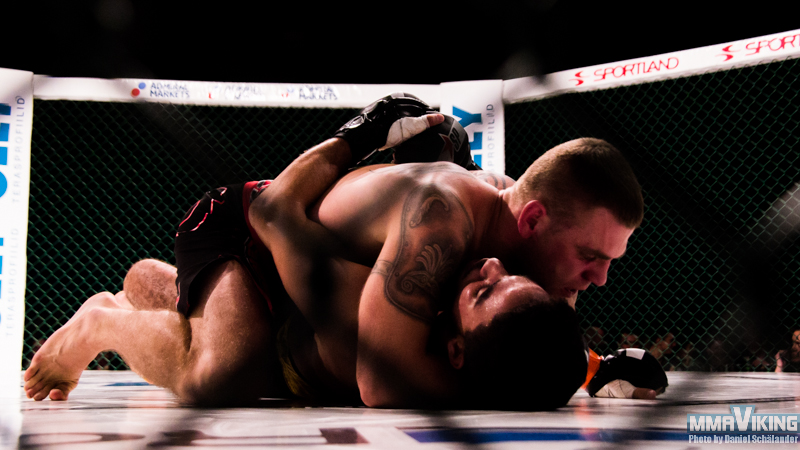 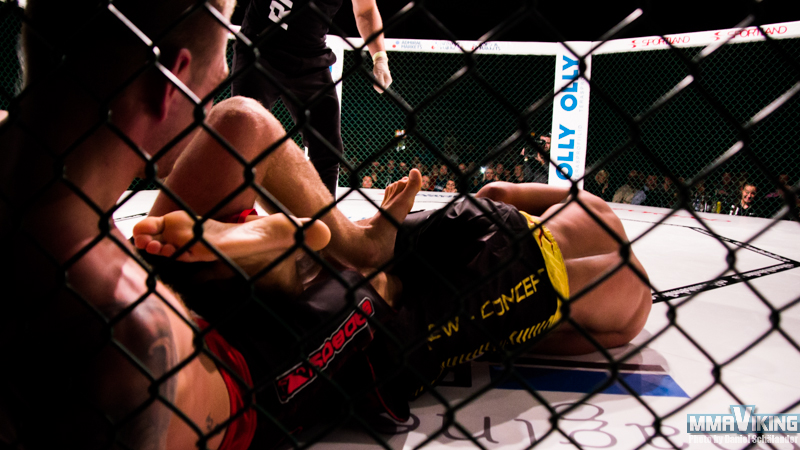 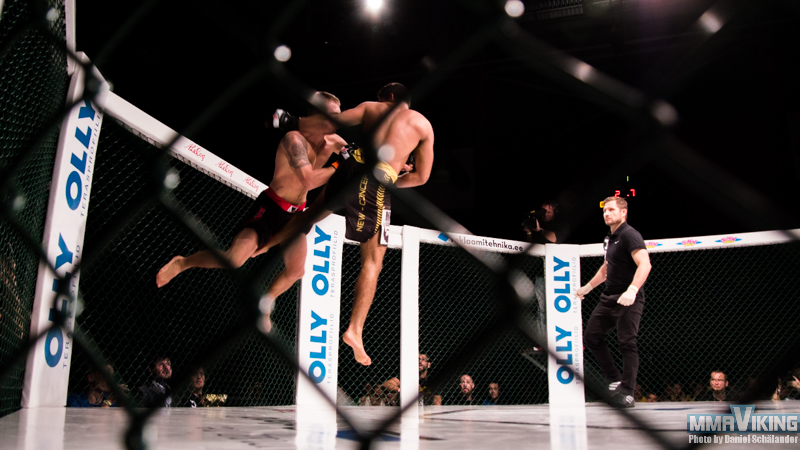 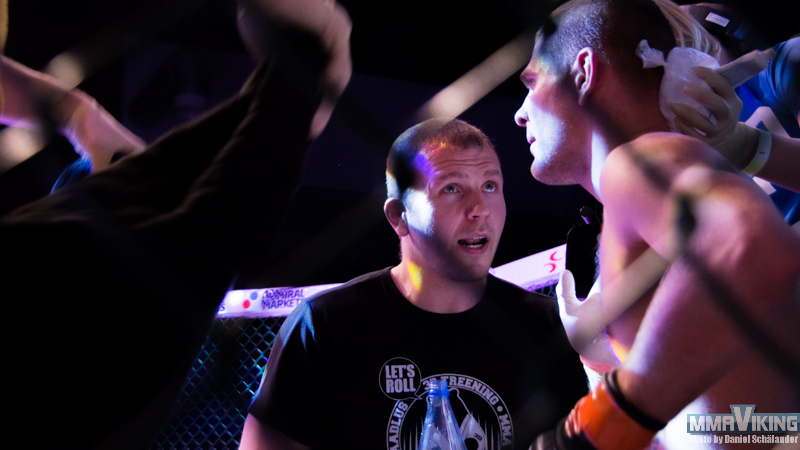 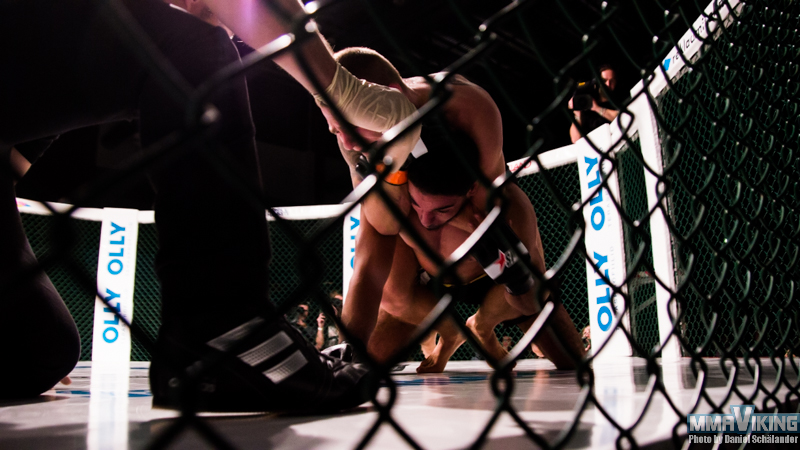 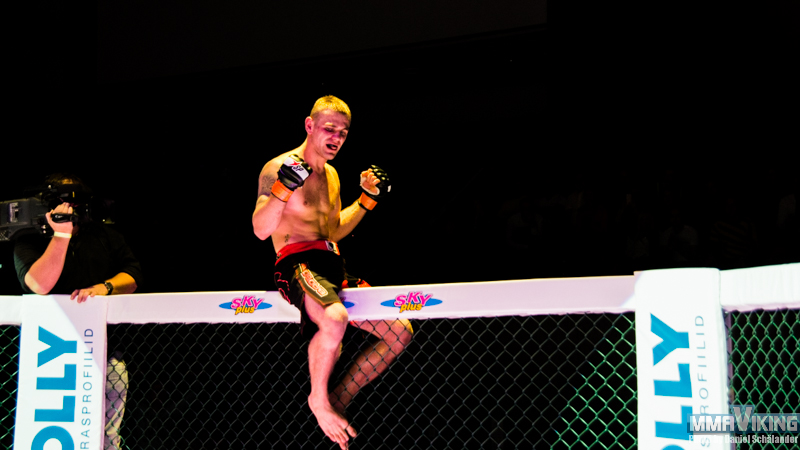 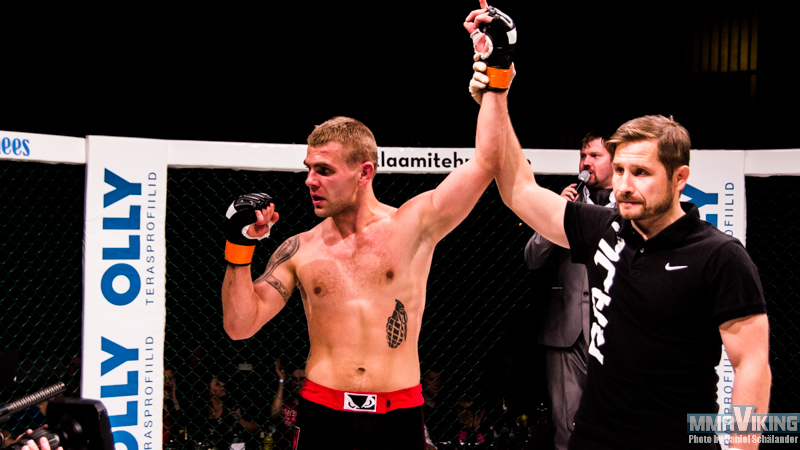