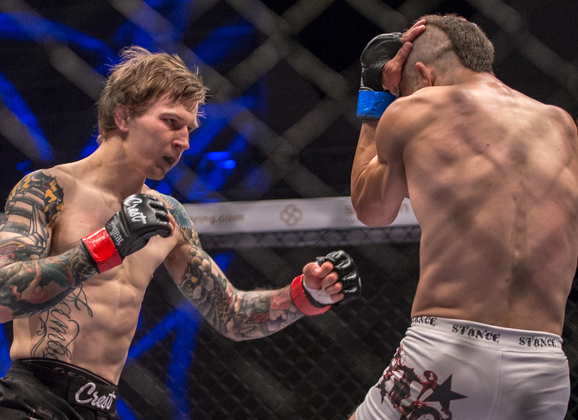 The fighter from Espoon Kehähait, known to many as simply Jamba was looking for his ninth victory in a row at Cage 33. He shared the co-main event spot with Orestes Betran from Brazil who has had a lengthy career, dating back to 2001. Both of the fighters were looking for an opening in their opponent’s defense. Jamba connected better on the feet, but found himself in a little bit of trouble after Betran countered Jamba’s takedown with a guillotine choke. Jamba rebounded though and started his vicious ground and pound and the fight was called before the end of the first round. 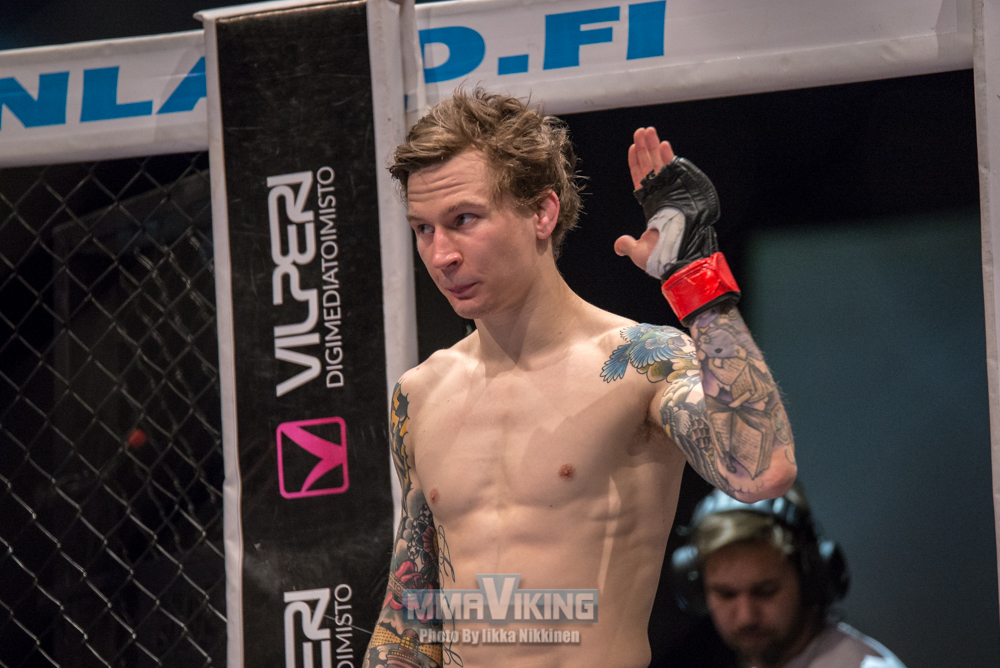 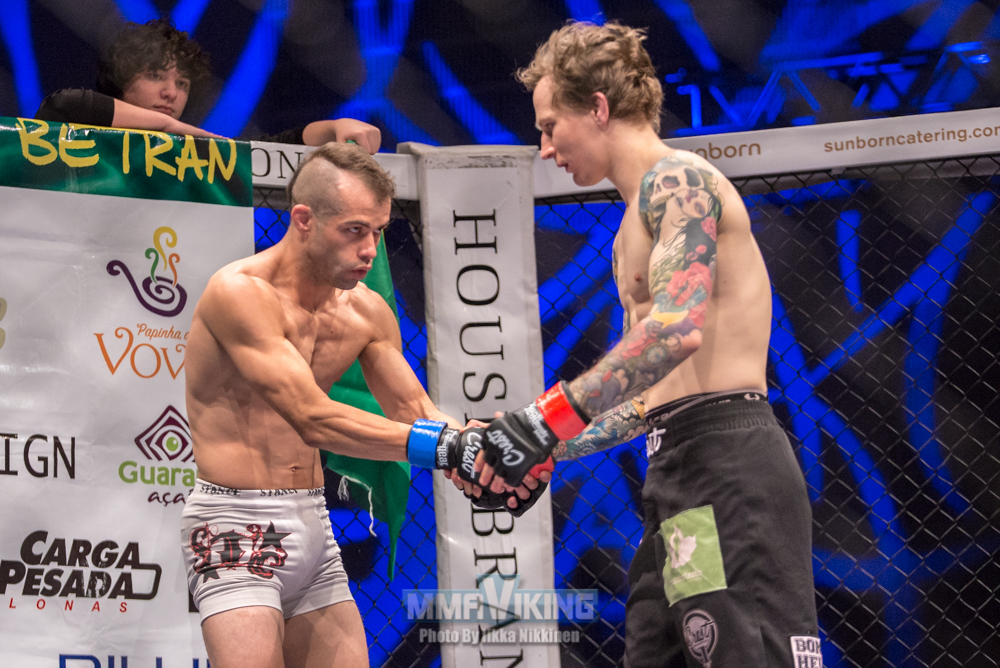 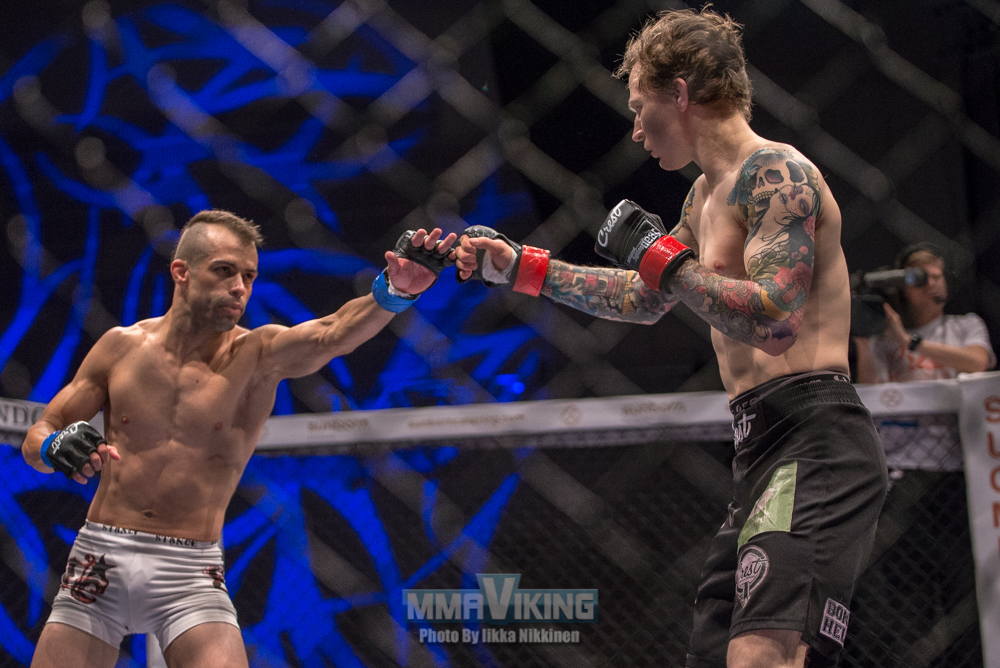 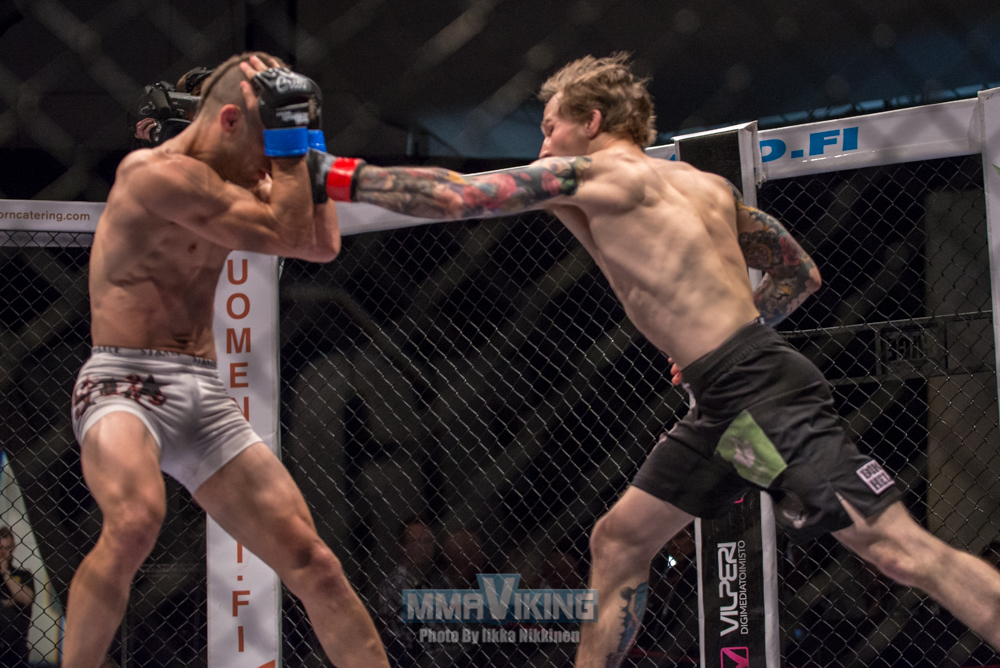 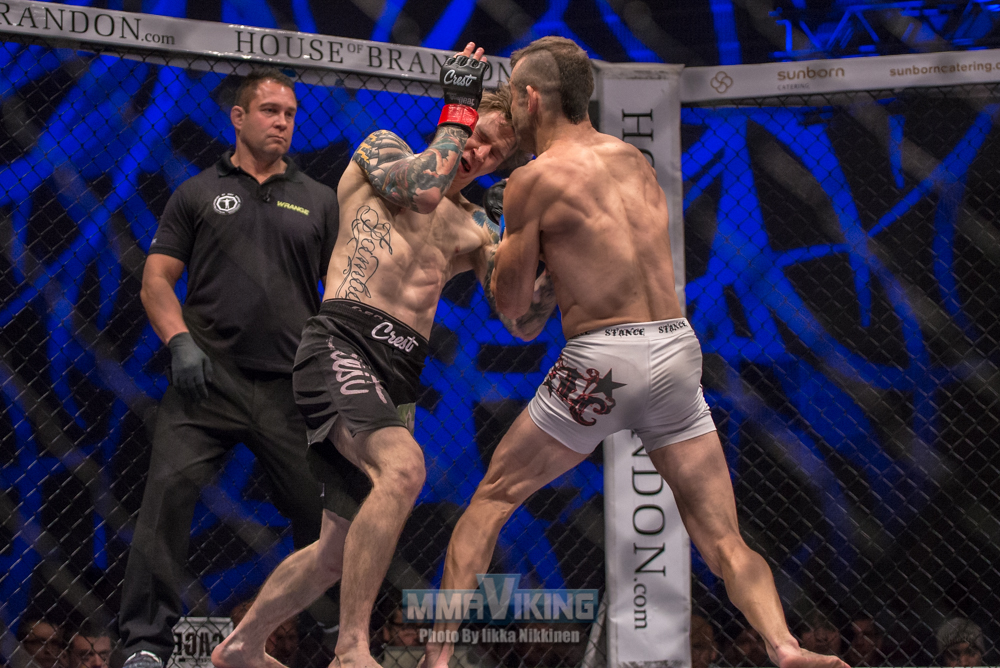 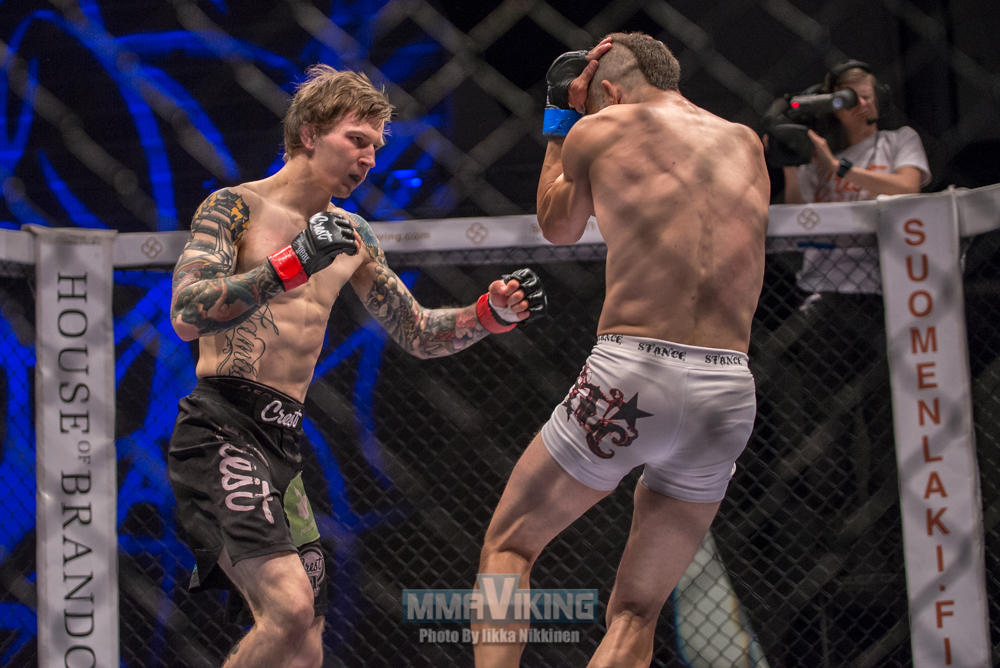 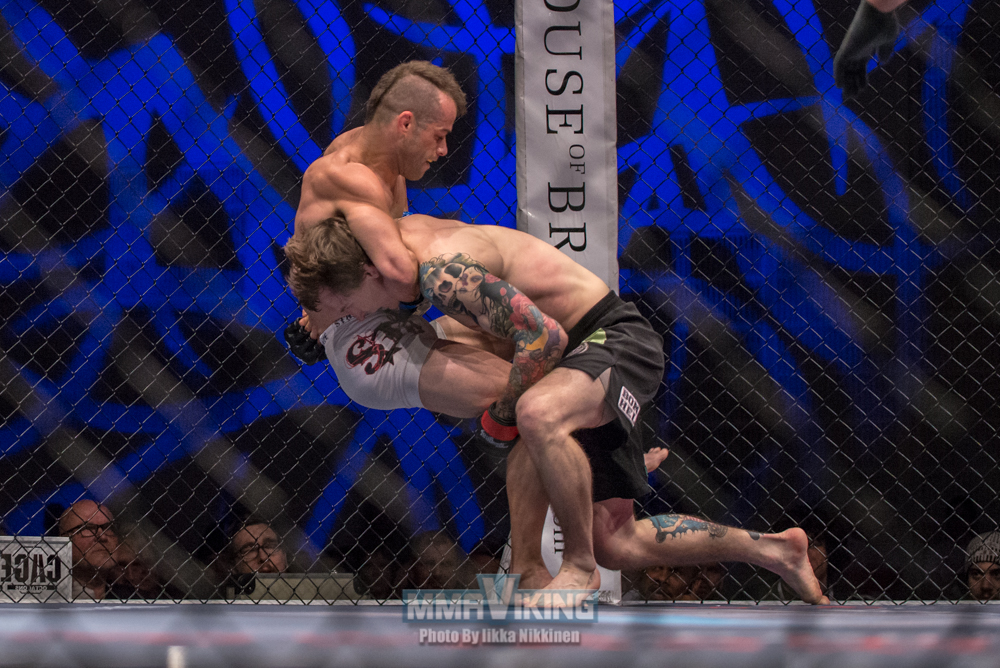 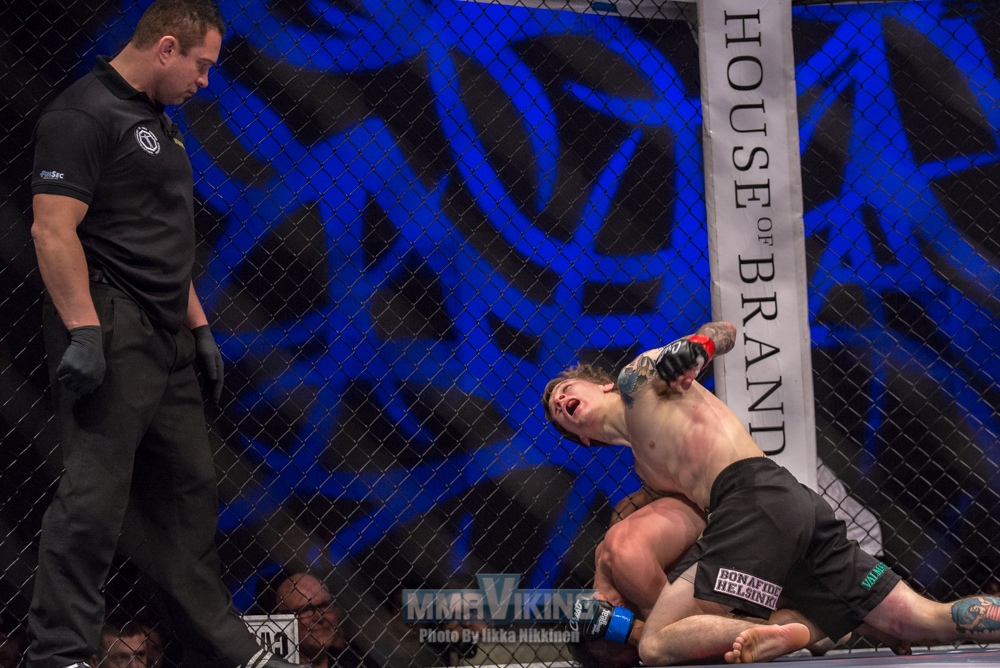 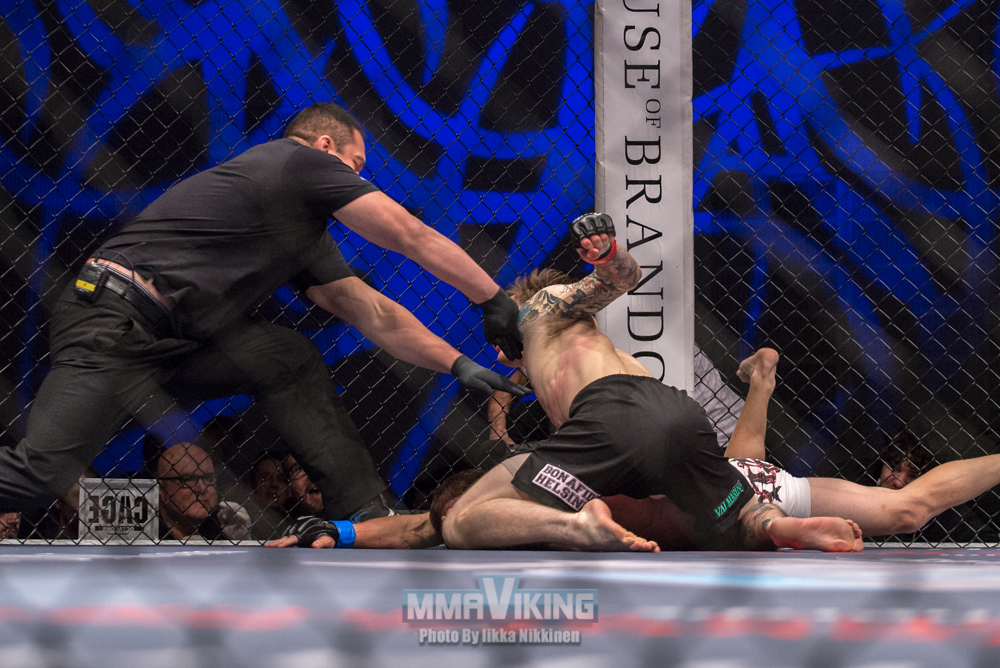 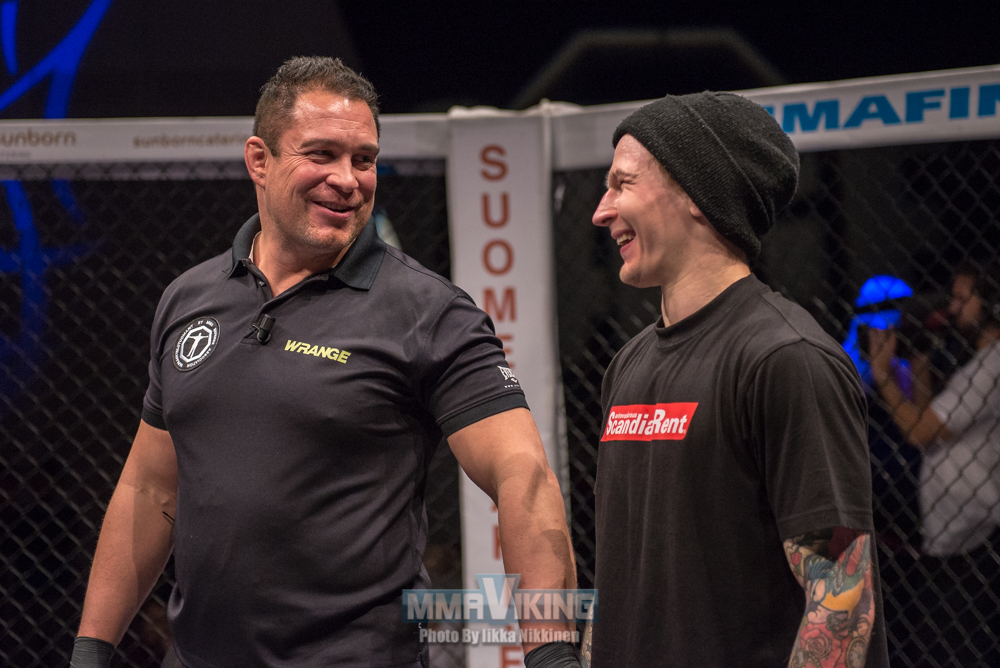 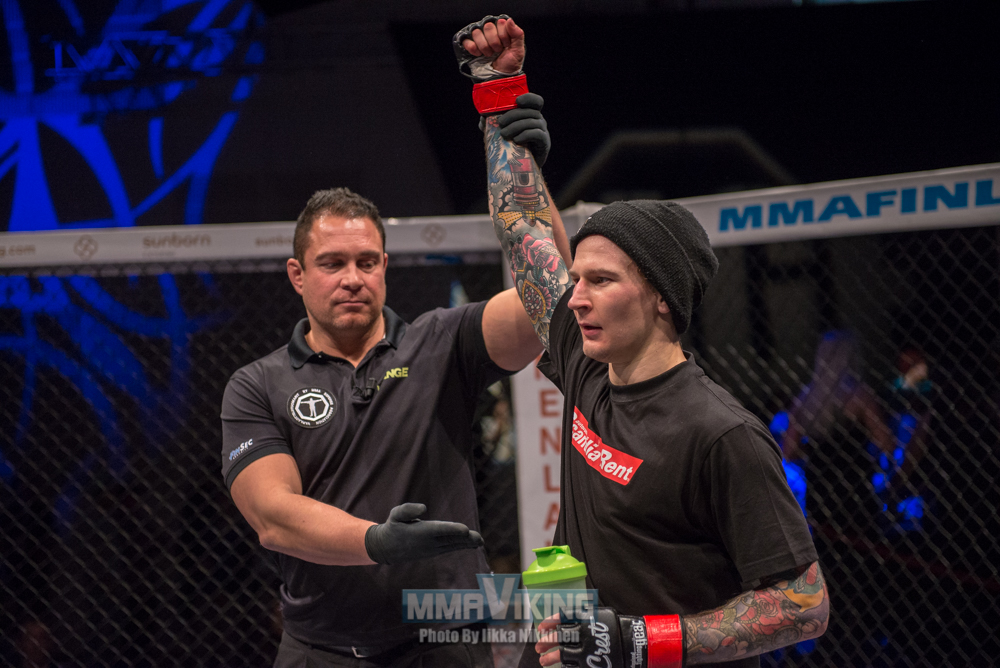