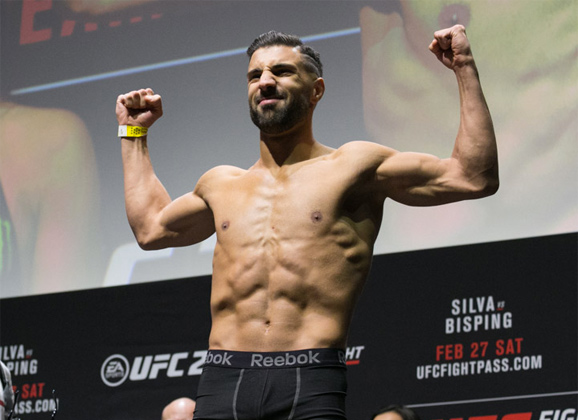 TUF 22 David Teymur (4-1) will step back into the Octagon.  The UFC has announced that the Allstars Training Center fighter will take on American Jason Novelli (11-1-1).  The bout will go down in Salt Lake City, Utah for the first time on Saturday, August 6.

The Sweden based fighter won his UFC debut back in February with a TKO over Martin Svensson in the second round. Novelli out of Team Quest was last in action in April, where he had a split draw against Yosdenis Cedeno.