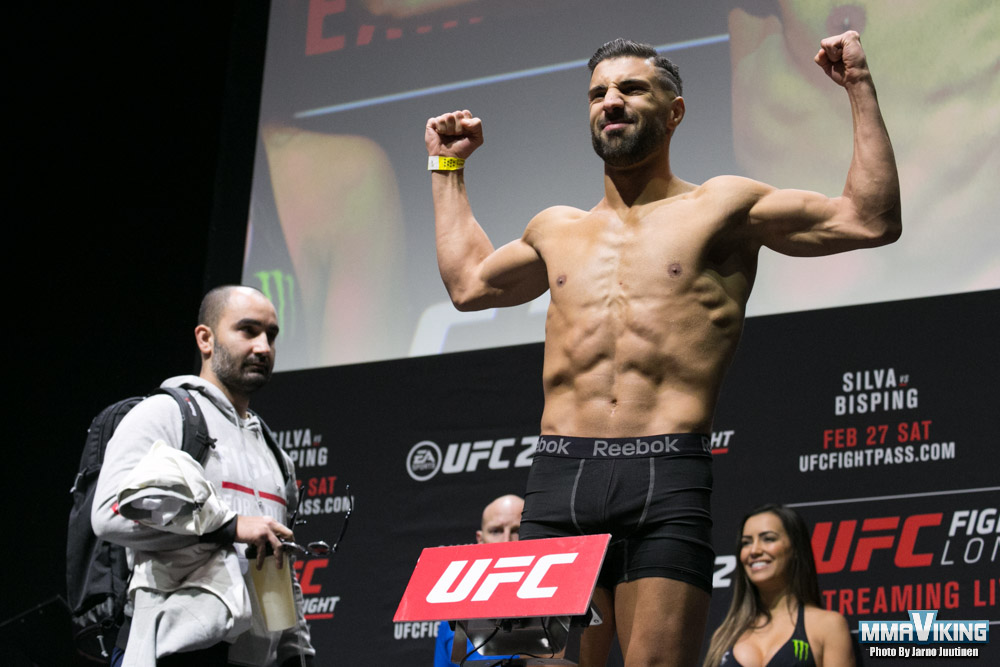 David Teymur (7-1) will look to continue his Octagon dominance as he is booked for the UFC’s first trip to Liverpool, England on May 27.  The Allstars Training Center fighter will face South African Don Madge (7-3) who will be making his UFC debut.

Teymur earned the biggest victory of his career last year with a unanimous decision victory over Lando Vannata in a co-headliner at UFC 209. The Ultimate Fighter Season 22 Team McGregor fighter last won at UFC 218 on December 2nd to where he beat previously undefeated Michigan-born Drakkar Klose (8-1-1) in his backyard. He was MMA Viking’s 2017 fighter of the year.

Madge has won four straight fights. Although he has three loses with seven wins, all of the defeats have come against his nemesis Leon Mynhardt. The Fight Fit Militia fighter has had all his bouts in South Africa.

MMA Viking will be cageside for the event, so stay tuned for live coverage in May.