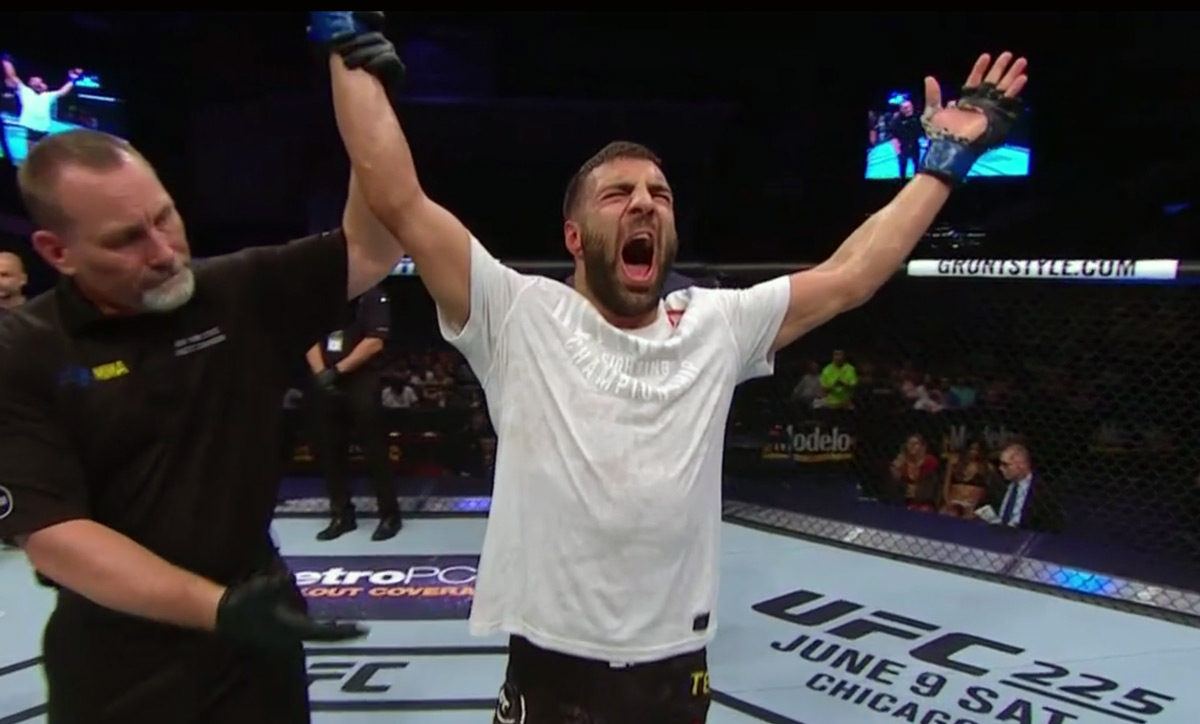 David Teymur (8-1) outstruck Nik Lentz (28-9-2) on the prelim card of the UFC Utica card. It was a unanimous decision for the Swede that improved to 5 wins and 0 losses in the UFC. 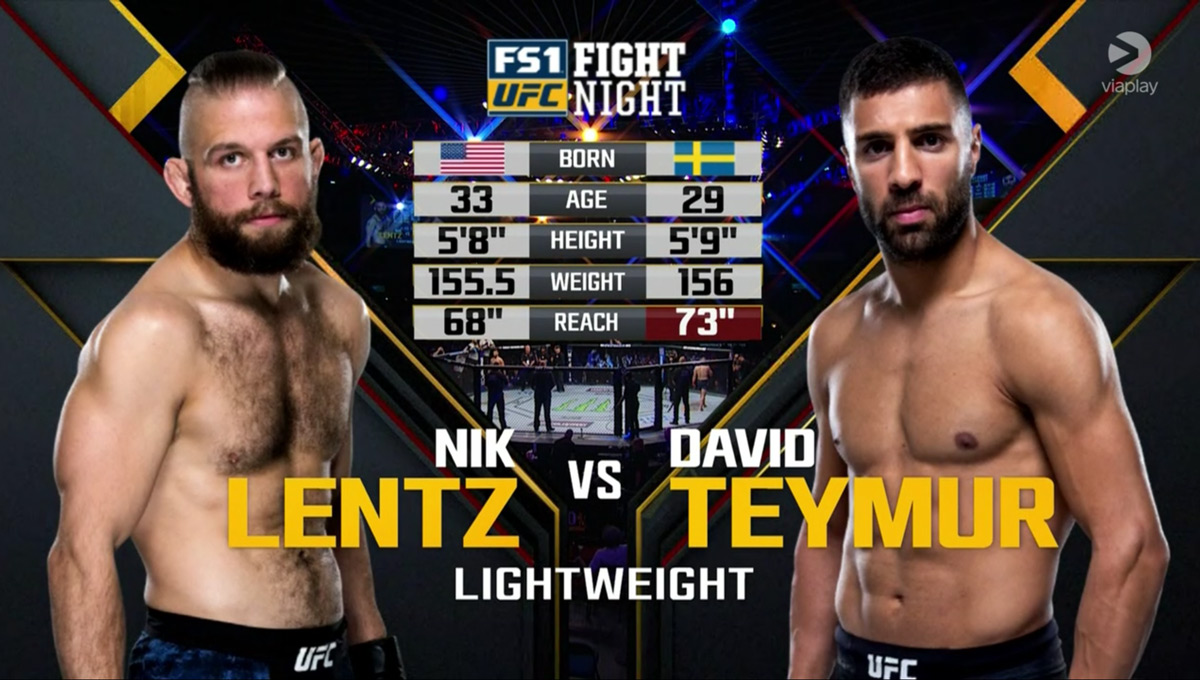 Teymur showed he owned the striking matchup as he dropped Lentz with a counter left hand dropped early in the first round. The Swede fought off a take-down in the first round, as the referee warned David of eye-pokes and grabbing the fence. David was quicker to the punch, landing from distance with ease

The Allstars Training Center fighter battered the legs of “The Carnie” with kicks low leaving Nik with red welts all over the thighs of the veteran.

By the third round Lentz face was bloodied after absorbing a barrage of kicks and strikes to the face. While the American did try and secure a guillotine in a tie-up in the third round, Teymur was all too aware of the threat and was able to escape.