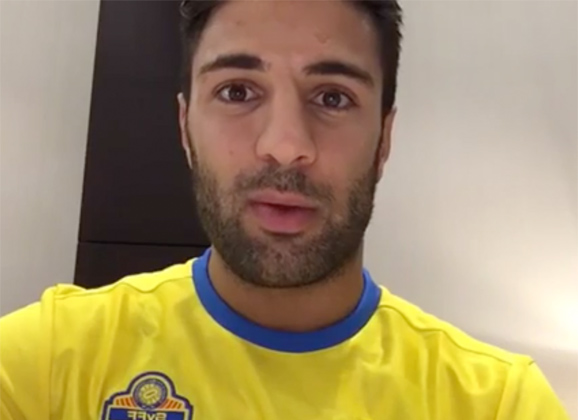 TUF 22 David Teymur (4-1) will be stepping back into the Octagon this Saturday.  The Allstars Training Center fighter will take on American Jason Novelli (11-1-1) in his UFC debut.  “Every time I step in the cage something exciting happens.” says Teymur in a live chat on Facebook from Salt Lake City, Utah where the bout will take place.

The Sweden based fighter won his UFC debut back in February with a TKO over fellow Swede and TUF 22 cast member Martin Svensson in the second round.

Novelli out of Team Quest was last in action in April, where he had a split draw against Yosdenis Cedeno at Titan FC 38.

“I am going to shake the whole arena. I am not going to leave my fans disappointed.” says Teymur that is planning on finishing his fight.

David also talks about his brother Daniel Teymur (5-0) and says he “will be the king of the 145 lbs.” in the UFC in the future.

You can watch the prelim bout on UFC Fight Pass. Check out the full live video here.