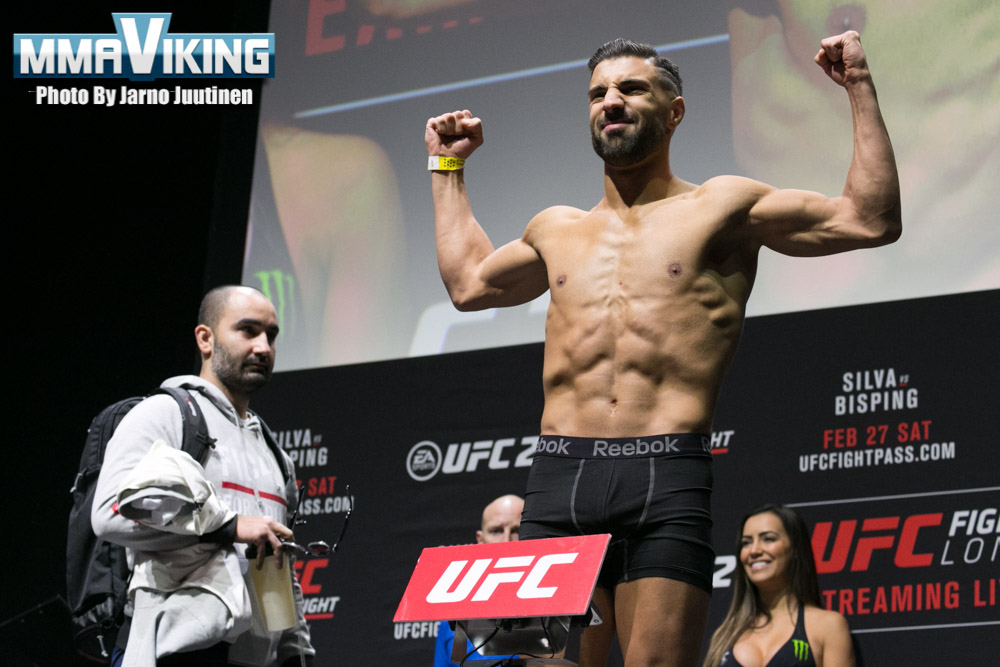 The news was first reported by the Detroit Free Press that Teymur would look to extend his three-fight winning streak against the dangerous American, who recently earned a split decision victory over previously unbeaten Brit, Marc Diakiese.

Teymur earned the biggest victory of his career earlier this year with a unanimous decision victory over Lando Vannata at UFC 209 to remain unbeaten in the octagon since his appearance on the Ultimate Fighter Season 22 as part of Team McGregor.

Drakkar Klose has won two out of two in the octagon, with both victories coming by way of decision over Devin Powell and the aforementioned Diakiese. The twenty-nine-year-old will look to use the home advantage in Michigan.

UFC 218 will take place at the Little Caesars Arena in Detroit, Michigan on December 2nd. The lightweight bout joins a line up that already includes a mouth-watering heavyweight match up between Alistair Overeem and Francis Ngannou, a Flyweight title contender bout between Henry Cejudo and Sergio Pettis amongst others.