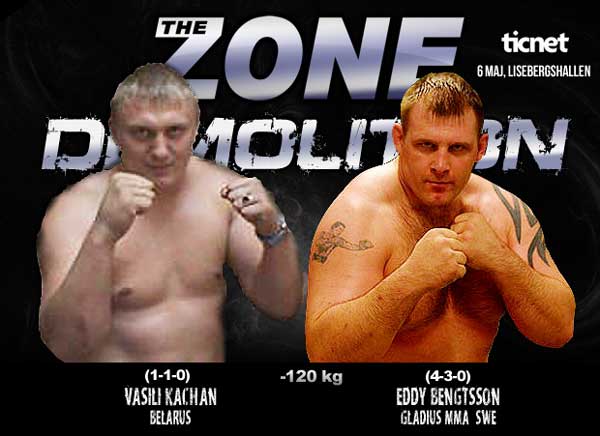 Vasili Kachan has a pro record of 1-1 and a solid wrestling background. Bengtsson fought in February at Cage Warriors but lost in the end of the first round.

Here is a video of Kachan from Carpathian Primus Belt the 13th of November 2011.