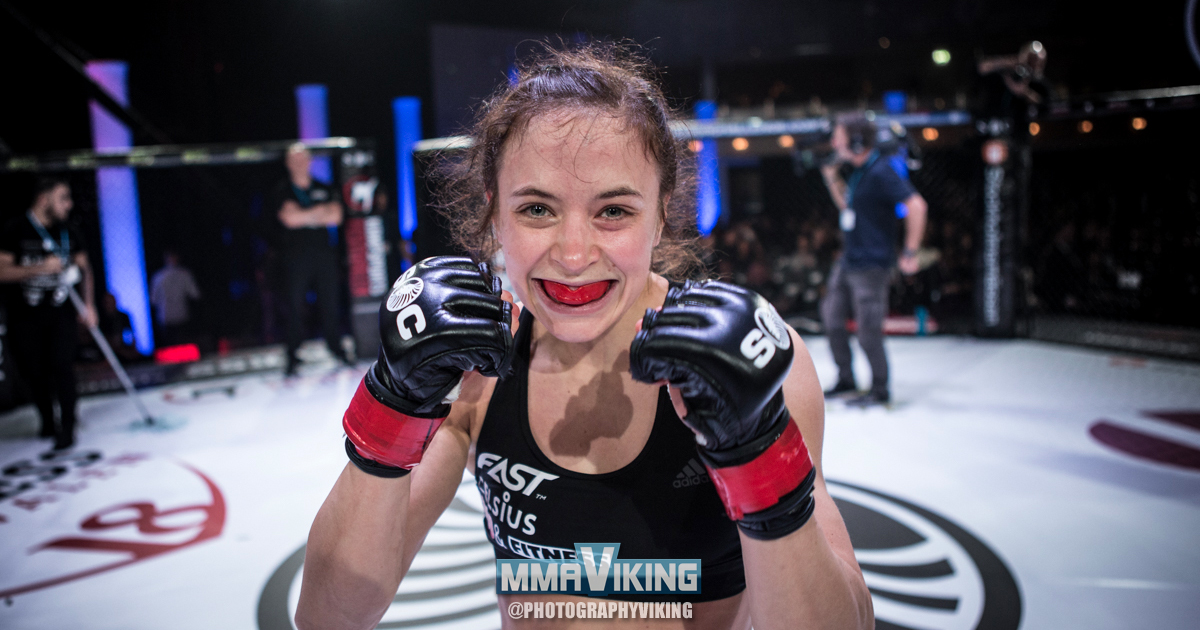 Swede Fannie Redman (1-0, #3 Nordic strawweight) has been booked for Cage Warriors 104 in Cardiff at the Viola Arena. The MMA Swedish amateur champion in Judo and MMA who won the 2017 IMMAF European Open will face Cory McKenna (2-1) from Wales in the bout announced today for the April 27th event.

Redman is an exciting up-and-comer from Stockholm, Sweden who opened her pro career with a very impressive armbar submission over Tiia Kohtamaki in December at Superior Challenge. Redman also has victories at the both the IMMAF European finals and Swedish MMA Championships under her belt.

McKenna’s one-round domination of a much older and more seasoned opponent at CW91 spurred the UFC’s Urijah Faber, Cody Garbrandt and Andre Fili (who McKenna trained under leading up the fight) to proclaim her as the next big thing as they watched from the USA. She followed that performance with a hard-fought win over a second experienced opponent at CW94 in Belgium. She also has a win over Finn Anette Österberg in the amateur ranks.