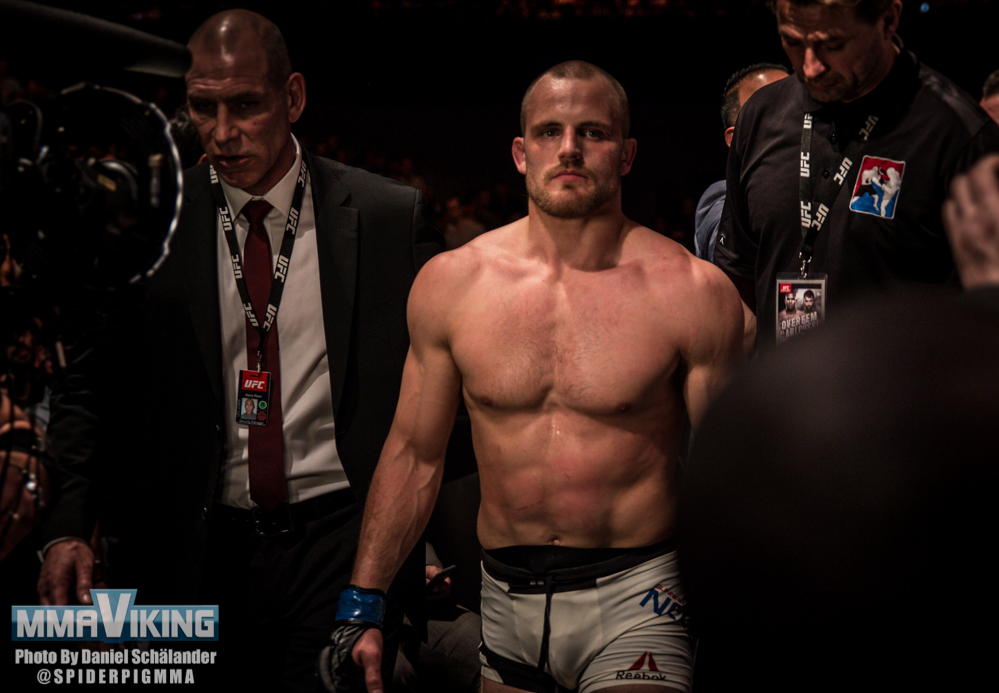 Gunnar Nelson (16-3-1) will not be facing Neil Magny (20-6-0) on the UFC in Liverpool.  “Unfortunately I have to withdraw from my fight against Neil Magny on May 27th in Liverpool. Last weekend I injured my knee.” says the Mjolnir fighter on social media.

“I will undergo an operation right away and I´ll be out for 8-10 weeks. I’m sorry to my family, my opponent, my teammates, the fans and the UFC.” says “Gunni” that was set to co-headline the card.

Nelson is coming off a controversial loss to eye-poker Santiago Ponzinibbio at UFC Fight Night 113: Nelson vs. Ponzinibbio back in July which stopped a two fight winning streak.

The American Magny is coming off a win over Carlos Condit on the UFC 219 card. The 30 year old once had a 7 fight winning streak in the UFC, before losing to common opponent Demian Maia. He has impressive wins over Kelvin Gastelum, Hector Lombard, and Johny Hendricks. It is unclear if he will remain on the card.

“I will keep on evolving as a fighter while I’m on the sidelines and I’ll be back as soon as I can.”

“This is a huge blow to me and I’m at a loss for words to describe the disappointment I am feeling. I was really feeling up for this fight, the training camp was going great and everything was just perfect until this happened. When all is said and done this is the fight business and injuries are sometimes an unfortunate part of it given the physical rigors us athletes put our bodies through.”