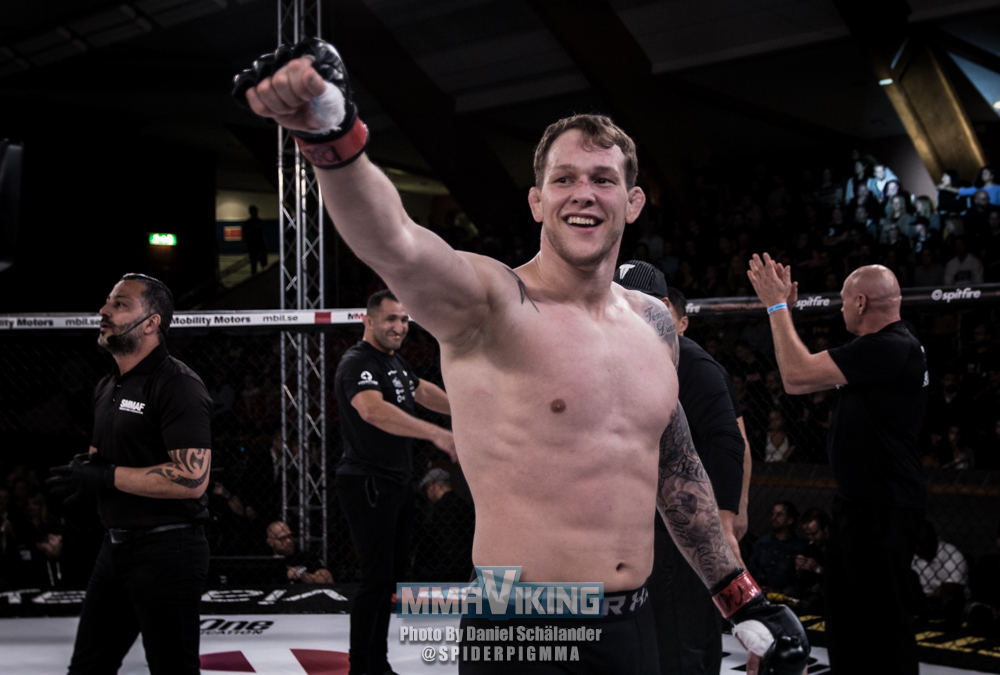 Marthin Hamlet (2-0) is ready for his third pro fight which will go down at Superior Challenge 17 in Stockholm on May 19th.  The Norwegian wrestler will face German Koray Cengiz (4-2-0).  “I am ready and looking forward to show that I have taken big steps.” says Hamlet to MMA Viking.

The Key Gym fighter in Bremen, Germany fighter last fought in the German promotion GMC and has the nickname “The Machine”. The German is an experienced wrestler and is excited to fight in one of the biggest MMA events in Europe: “I will do my best and I am looking forward to the event! I will show you what I am capable off!”

Hamlet is currently in camp in Spain with Swede Karl Albrektsson and is exited to finally have an opponent.

“I have had a great camp so far and feel good.”

The 7 time Norway national champion in wrestling has also trained with 2016 Olympic Games silver medalist Mark O. Madsen (3-0) at Frontline MMA to get ready for the bout. The will be Martin’s 3rd pro fight, with both of his prior bouts with Superior Challenge.