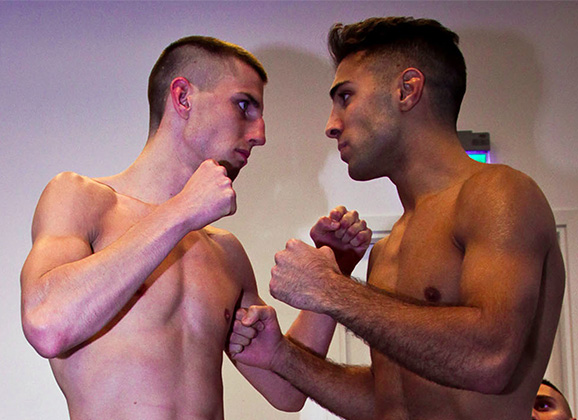 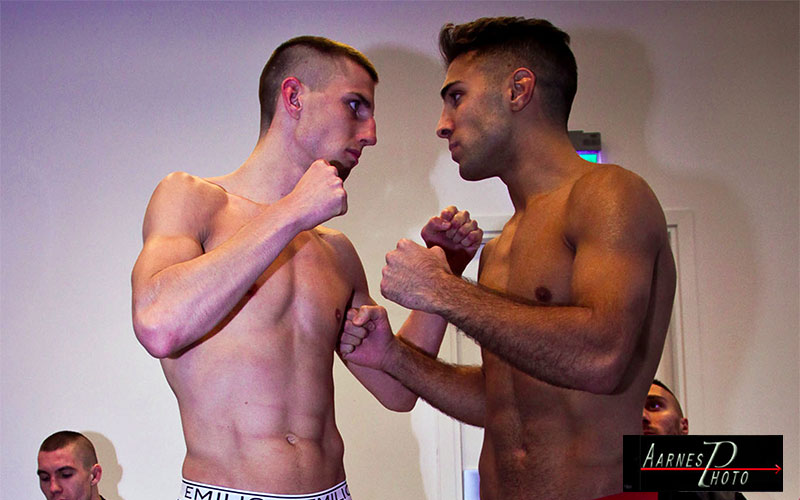 Daneil Teymur (Sweden) versus Piotr Paczek (Poland)
The fight starts and Teymur lands a few inside legkicks and a hard right hand wich hurts Piotr, Teymur follows up with some GnP and stops the fight.

Round one starts with both fighters coming out fighting, Carlos lands a takedown but lets Sebastian up and they start exchanging with Carlos getting the better of it.
Carlos get’s another takedown and lands in guard, Sebastian gets up after a armbar attempt.
Sebastian lands a few nice kicks and a nice leftand at end of the round.

Round two starts with Carlos getting a takedown landing in guard, but Sebastian gets up fast and lands some punches.
Carlos lands a low blow and they stop the fight temporarily.
The fight continues and Carlos gets two more takedowns but can’t keep Sebastian down.
Sebastian lands a hard right hand and Carlos responds with another takedown.
The round ends with Carlos on top.

Round three starts with Sebastian coming out swinging and landing some good punches.
Sebastian tries for a takedown but ends up on his back, he gets up but Carlos takes him down again.
The fight ends with Carlos on top in halfguard landing some GnP.

Sadibou Sy (Sweden) versus Robert Bryczek (Poland)
The fight starts slowly with Sadibou  stalking Robert who lands a takedown but Sadibou gets right upp.
They clinch and Robert tries to take take the back stranding but Sadibou manages to get up.
They go down again with sadibou on top in guard doing some GnP until the round ends.

Round two starts the same with Sadibou stalking and landing a few kicks and Robert taking him down but Sadibou gets right up. They clinch and Robert pulls guard.
Robert locks up a nice Kimura but can’t finish and the round ends.

Round three starts, they exchange punches with Sadibou landing the better shots, Robert goes for the takedown and gets it.
Sadibou manages to wallwalk up and they clinch against the fence, Sadibou lands a nice knee and some good punches while defending the takedown.
The fight ends with with the fighters clinching against the cage.

Karl Albrektsson  (Sweden) versus Arunas Vilius  (Lithuania)
Round one starts and they clinch up against the cage Kalle gets the takedown to side and moves straight to mount. Arunas gives up the back and Kalle lands some punches and secures a RnC, Arunas taps.

Kalle wins by RnC 2 min and 24 seconds into round one.

Round one starts and Mattias gets a fast bodylock takedown and gets the back of David.
David spins into the guard of Mattias who goes for an armbar but can’t finish it.
They get up and David knocks Mattias down and follows up with some good GnP.
Mattias goes for a heelhook but can’t finish. They scramble some and the round ends with Mattias in mount.

Round two starts with David kicking Mattias to the ground, they grapple some but get up quiet fast.
Mattias get’s a takedown and get’s several dominant positions but can’t finnish, round ends with Mattias in mount.

Round three starts with Mattias trying hard for the takedown but David grabs the cage two times to stop it, the referee stops the fight and takes one point from David.
They go to the ground again and Mattias gets back then mount but David gets up again.
Mattias gets him down again, David tries for a triangle from bottom side but can’t get it.
The fight ends with Mattias on top.