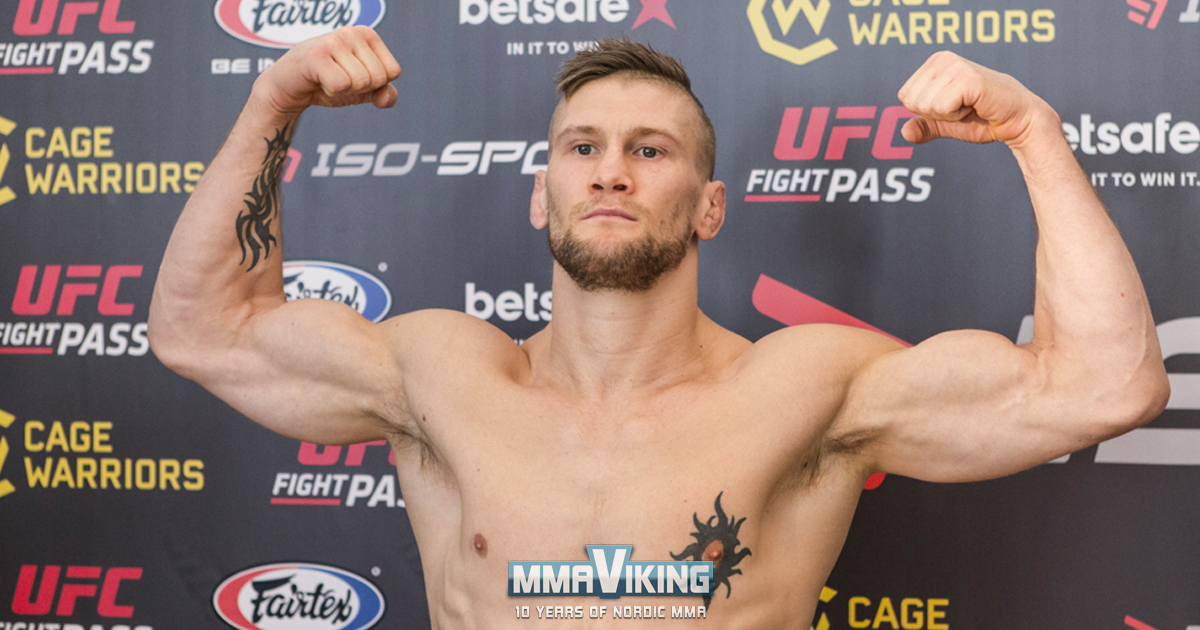 Lightweight knockout artist Donovan Desmae (12-6) from Belgium has stepped in on late notice to take on Norwegian heavy hitter Alexander Jacobsen (9-4) at CW105, after original opponent Adam Boussif was removed from the card this week. Read the press release from Cage Warriors below.

It’s a shocking announcement that has Cage Warriors fans seriously excited, given the impressive highlight reels and aggressive style of both fighters.

CW105 goes down at the Charter Hall in Colchester on May 31st.