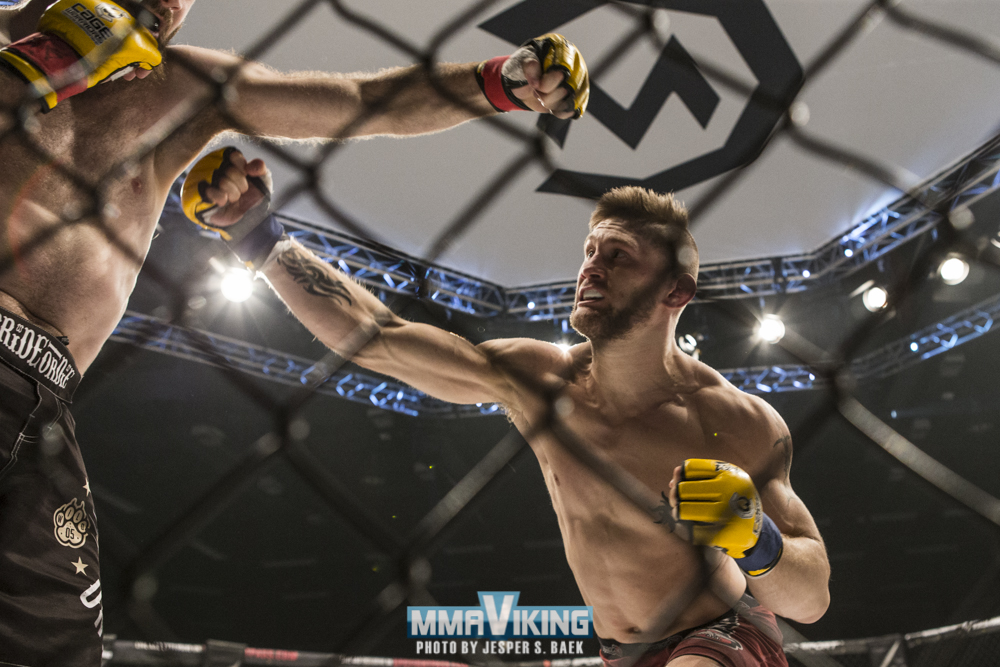 Alexander Jacobsen (9-5) has lost three fights in a row, but the powerful striker still has hopes of getting on a big card soon. “I have a very entertaining fighting style people love to see… a kill or get killed attitude.” says the Norwegian to MMA Viking.

“I think I am one of the lightweights in Scandinavia who should be in line for UFC Denmark. I have many fans in Norway, and Denmark aswell. There Copenhagen is my closest neighbour, only 1 hour away. And i promise if Dana White will Sign me up there: I will give him the Knockout of the evening.” says the 31 year old Bergen MMA and Grappling fighter.

“If I can’t get on the UFC card, we try to get on Cage Warriors in Liverpool on September 28, on the same date.” continues the lightweight that turned pro at Cage Warriors 66 back in 2014.

The Norwegian had a 8 fight winning streak from 2014 – 2017, until he was stopped by Chris Fishgold in a main event fight at CWFC 88 for the lightweight strap. He was last in the cage in May, where he was stopped by punches at CWFC 105.