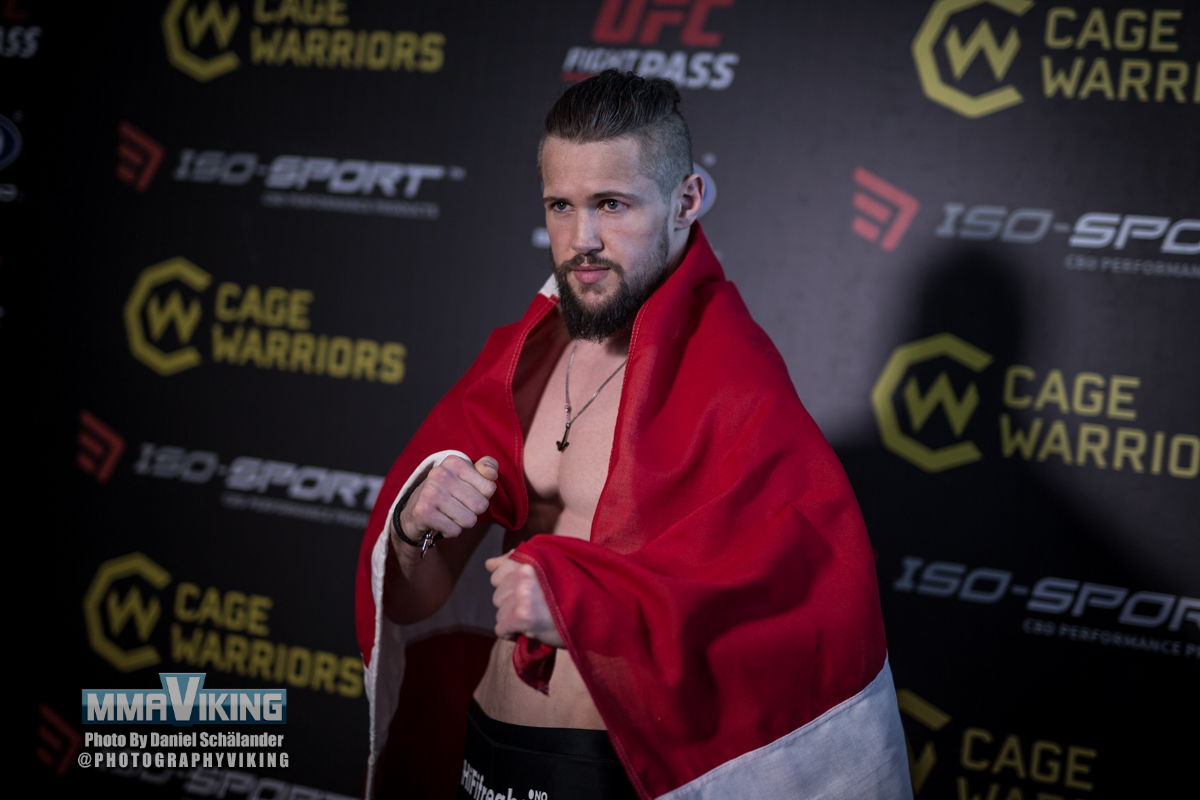 The Rumble Sports fighter battled Ross Houston (8-0-1) in a unification bout at Cage Warriors 106 in June resulting in a No Contest by referee Marc Goddard that deemed neither Houston or Dalby were able to continue. The attention grabbing fight was enough to propel Dalby back into the UFC, where he fought in 2015-2016.

The UFC vet of four bouts (1 win, 1 draw and 2 losses) won his last three bouts with Cage Warriors leading up to the recent bout with the UK fighter. Dalby captured the vacant Cage Warriors Interim Welterweight Championship in Copenhagen at Cage Warriors 102 by a punch TKO back in March.

Oliveira fights out of Tata Fight Team. The 31 Brazilian has lost his last two fights with the first a submission against Gunnar Nelson at UFC 231 and the latest versus Mike Perry at UFC on ESPM in April. He has a big wins over Carlos Condit.

Dalby is the only Denmark based fighter on the card so far, and no opponent is set for his return.  Jack Hermansson will face American Jared Cannonier in the main event, with Gunnar Nelson taking on Thiago Alves in the other featured bout.