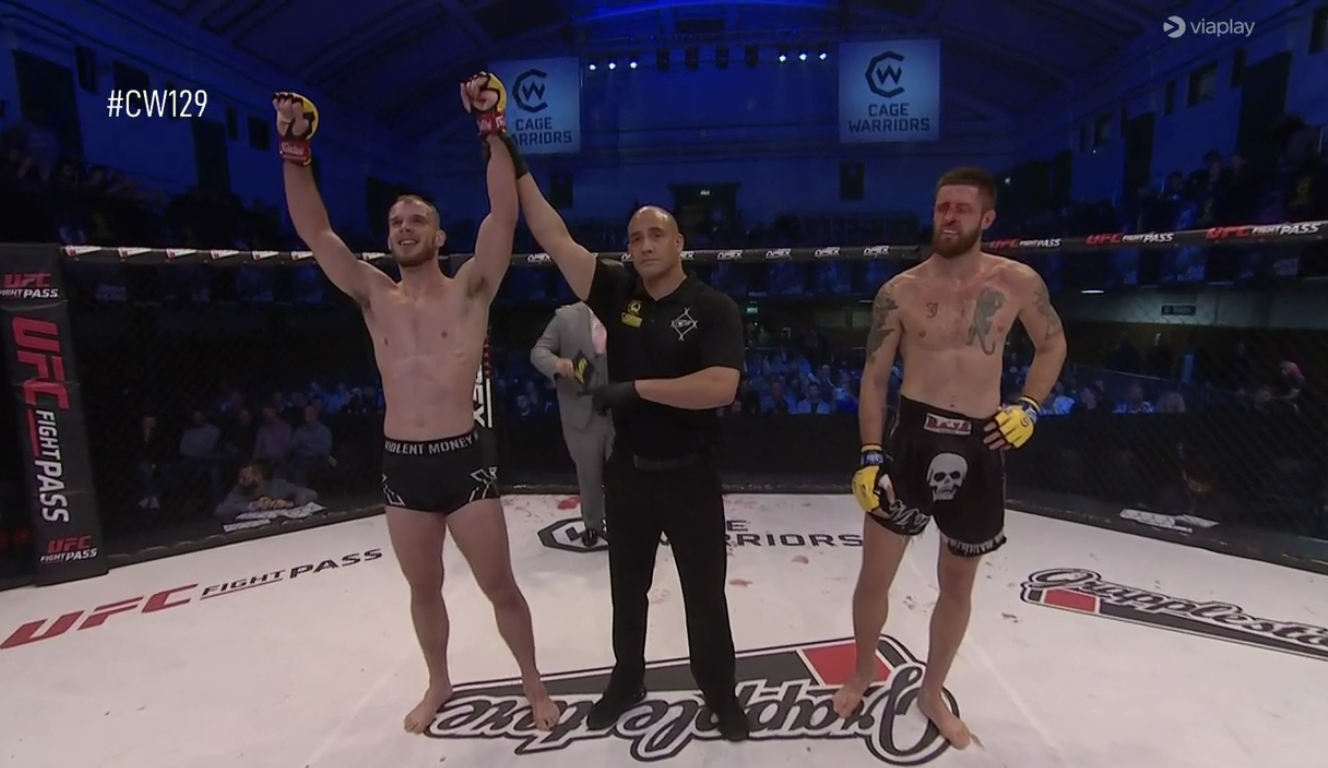 Joachim Tollefsen (5-4-1) lost to Mateusz Figlak (6-1) on the main card in London at Cage Warriors 129.  The Norwegian was taken down in the first round, where he was remained and eventually stopped before the bell. 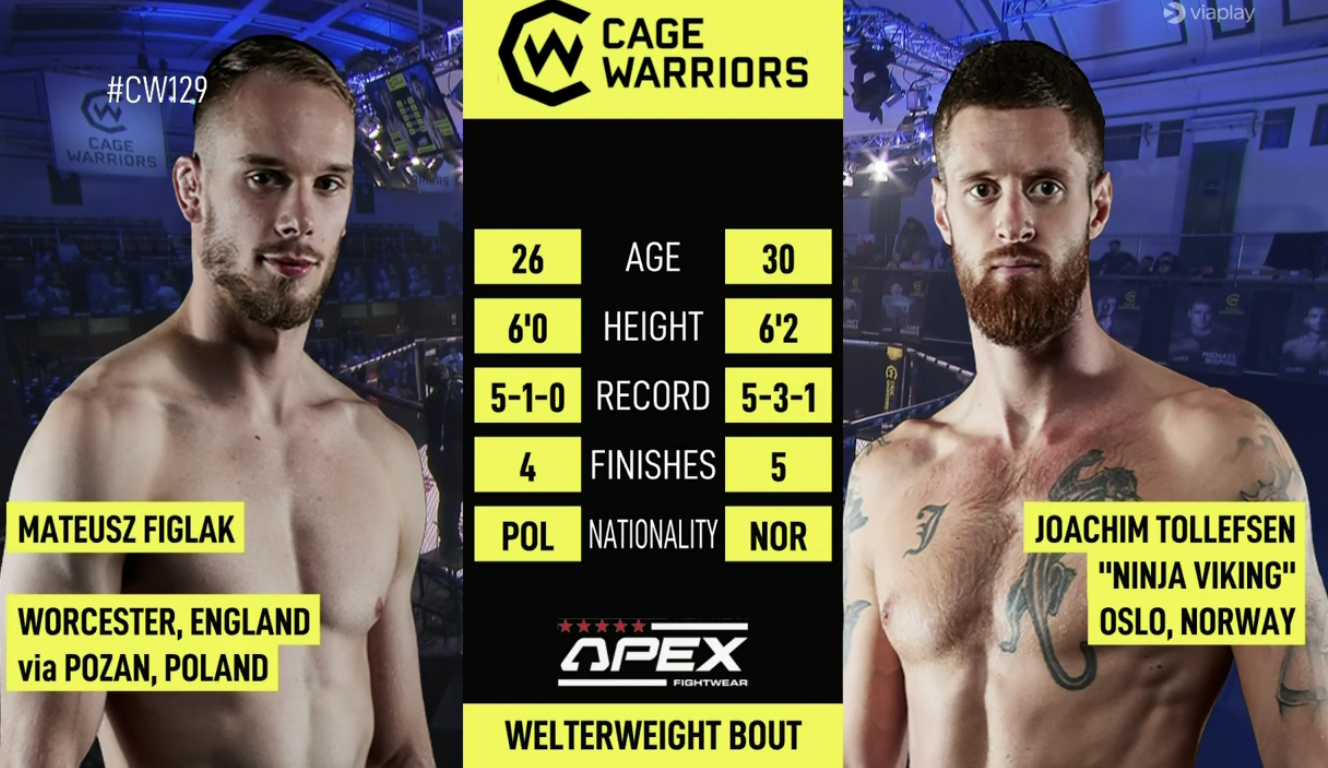 Tollefsen with a good counter combination off of Figlak’s big right hand.  Nice body kick from the Ninja Viking, but then a leg is caught and Joachim goes to his back.  The Polish fighter stays on top and postures up for a few solid shots.  Half way through the round, and Joachim has full guard and looking for opportunities. 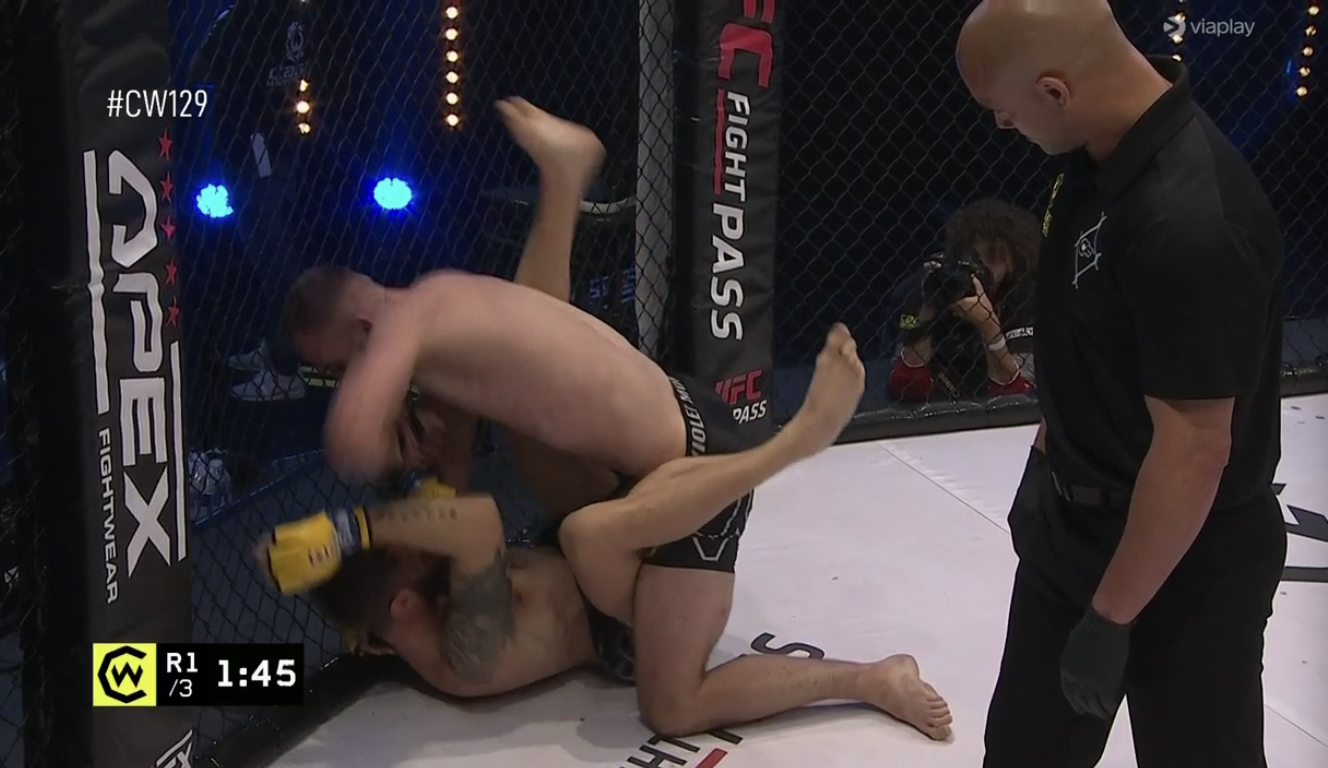 An elbow has cut the Norwegian that is covering up as he is taking punches from the bottom trying to cover up.  The nose seems to be an issue and Joachim taking more and more punches.

30 seconds left, and Joachim taking more punches as the referee takes a close look as the blood continues to pour and Tollefsen starts to cover up.  And the referee jumps in with 8 seconds left in the first round to call it a TKO stoppage.