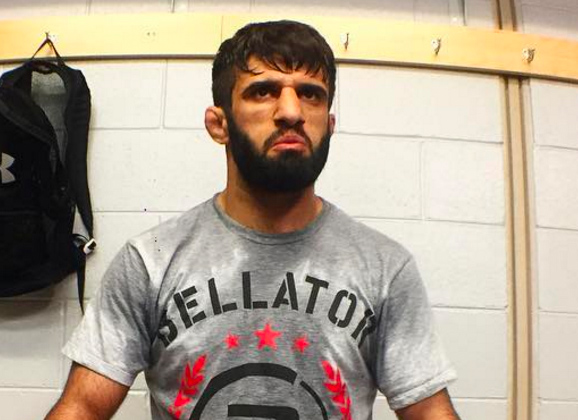 Kakai lost to Joe Taimanglo (22-6-1) via unanimous decision (29-28, 29-28, 29-28) in his Bellator debut at Bellator 151 card, and gets another loss in his second outing as Warren finishes with a standing guillotine in the third round after softening up Zohan with knees.

The former Bellator champion was aggressive early, but Kakai was game landing elbows throughout to fend off the wrestler. The first round was close.

Warren was landing some good punches and mixing in his wrestling in the second, but Kakai did find himself with an armbar and looking to finish. It was Warren’s round in the second.

The American is also coming off of a loss as he was submitted by Darrion Caldwell back in March at Bellator 151, but looked more like the fighter that won 5 straight bouts under the Bellator banner and won both the featherweight and bantamweight titles.