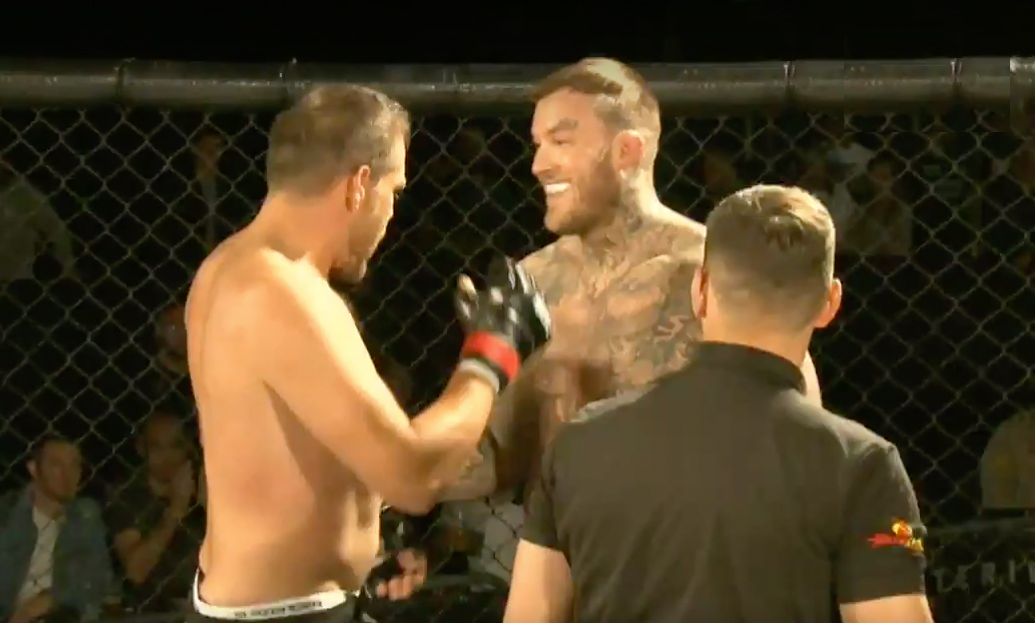 Norwegian Kenneth Bergh (6-1) stepped back in the cage this Saturday at Battle Arena 57 in Kettering and got back on the winning track. “I took the fight on very short notice, but I need to stay active” says the light heavyweight to MMA Viking ahead of the bout.

The light heavyweight beat experienced boxer and kickboxer John Schools (0-1) who was making his MMA pro debut. “Rear-naked choke. I had to get back what was done to me in my last one.” says Bergh about the reversal of fortunes following a loss (soon to be overturned to a No Contest due to a reported positive test for a banned substance) to Brazilian Antonio Trócoli at Dana White’s Contender Series in July.

“It was hard to know how skilled he was, his boxing record was good so I chose the path of least resistance and secured the win quickly” says the Frontline Academy fighter.

“I will compete again soon, November or December for sure” says Bergh that is building wins to get back to another shot in the UFC’s Octagon.