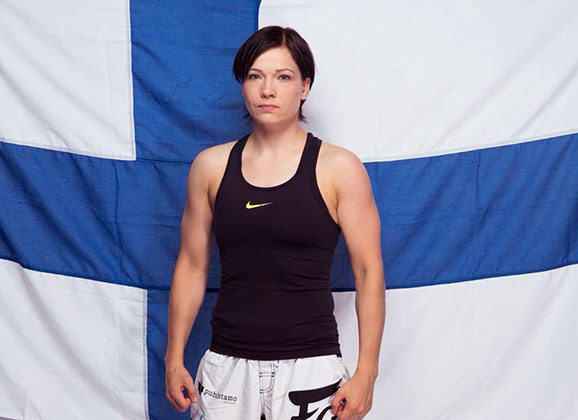 Finn Katja Kankaanpää (9-1-1) will have the chance to cement her status as one of women’s MMA’s dominant figures as she seeks claim to the vacant Invicta FC Women’s 115-lb division title.  Killer Bunny will be facing American Stephanie Eggink, who will be making her debut in the organization tomorrow. 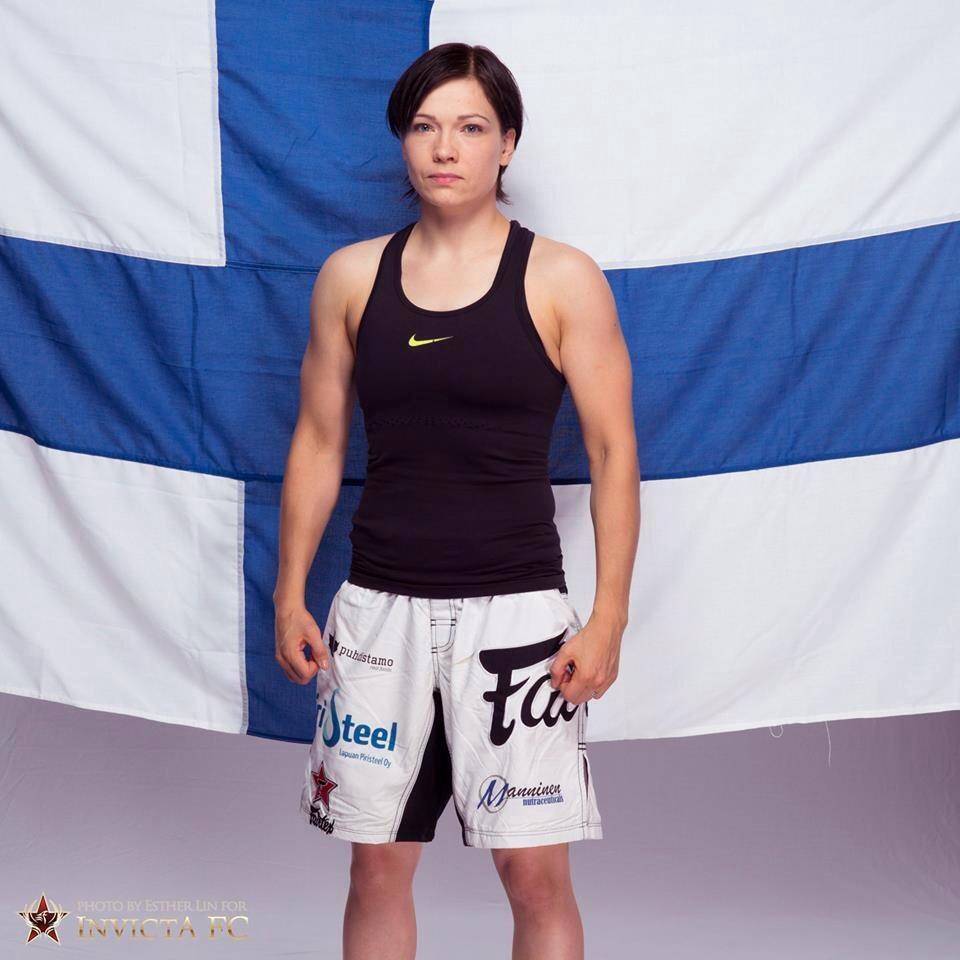 The 33-year-old Finn just came off an impressive armbar finish against Ukraine’s Alyona Rassohyna last May after absorbing the only defeat in her career at the hands of Joanne Calderwood at Invicta FC 7. 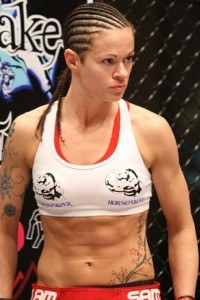 Kankaanpää will again be on display showing she is one of the elite strawweights regardless of her absence in the upcoming TUF 20 reality show.  The MMA Seinajoki/ Team Botnia Punishment standout will have experience going for her against the 26-year-old Eggink.

A relative newcomer to the sport, the Miami, Florida native Eggink just have five professional fights under her belt. Known as “Snowflake”, she is 4-1 so far in her MMA career and hasn’t fought since stopping Angela Magana at XFC 25 in September of last year.

Invicta FC 8 will feature Michelle “The Karate Hottie” Waterson defending her atomweight belt against Yasuko Tamada. This will be the first card for the promotion this year and the event will be held at the Municipal Auditorium in Kansas City, Missouri.  It will be streamed live on UFC’s Fight Pass.