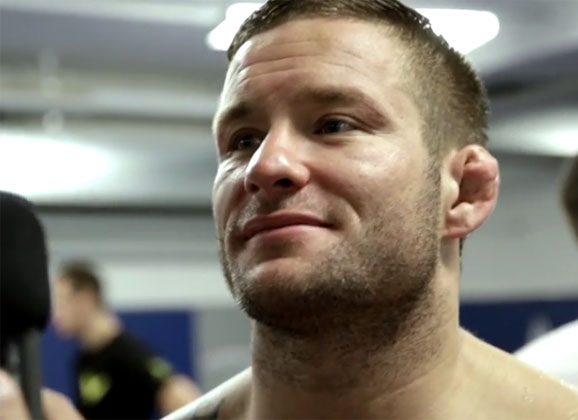 David Bielkheden (19 wins, 12 losses) is training in the hopes there is still room on the October 4th UFC Fight Night Stockholm card. Along side old teammate Ilir Latifi, Buster has set up camp just in case someone gets injured or falls off the card. “I can jump in on short notice” says the 35 year old to MMAViking.com that would look at any middleweight or welterweight opportunity.

“I don’t want to be pushed aside” says the former UFC fighter that won a bout in the Octagon back in 2008. “I have lots of young guys that try and beat me up” jokes the HILTI fighter that now puts in time at Allstars. Watch the full interview below.