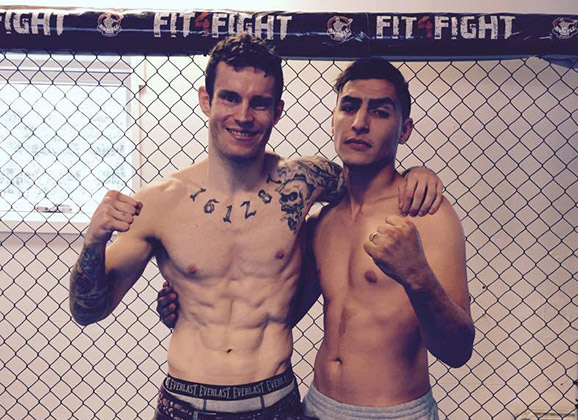 Unified Combat League‎ (UCL) debuts in Europe with it’s XXIII card in Copenhagen.  MMAViking.com is live to report on the event. 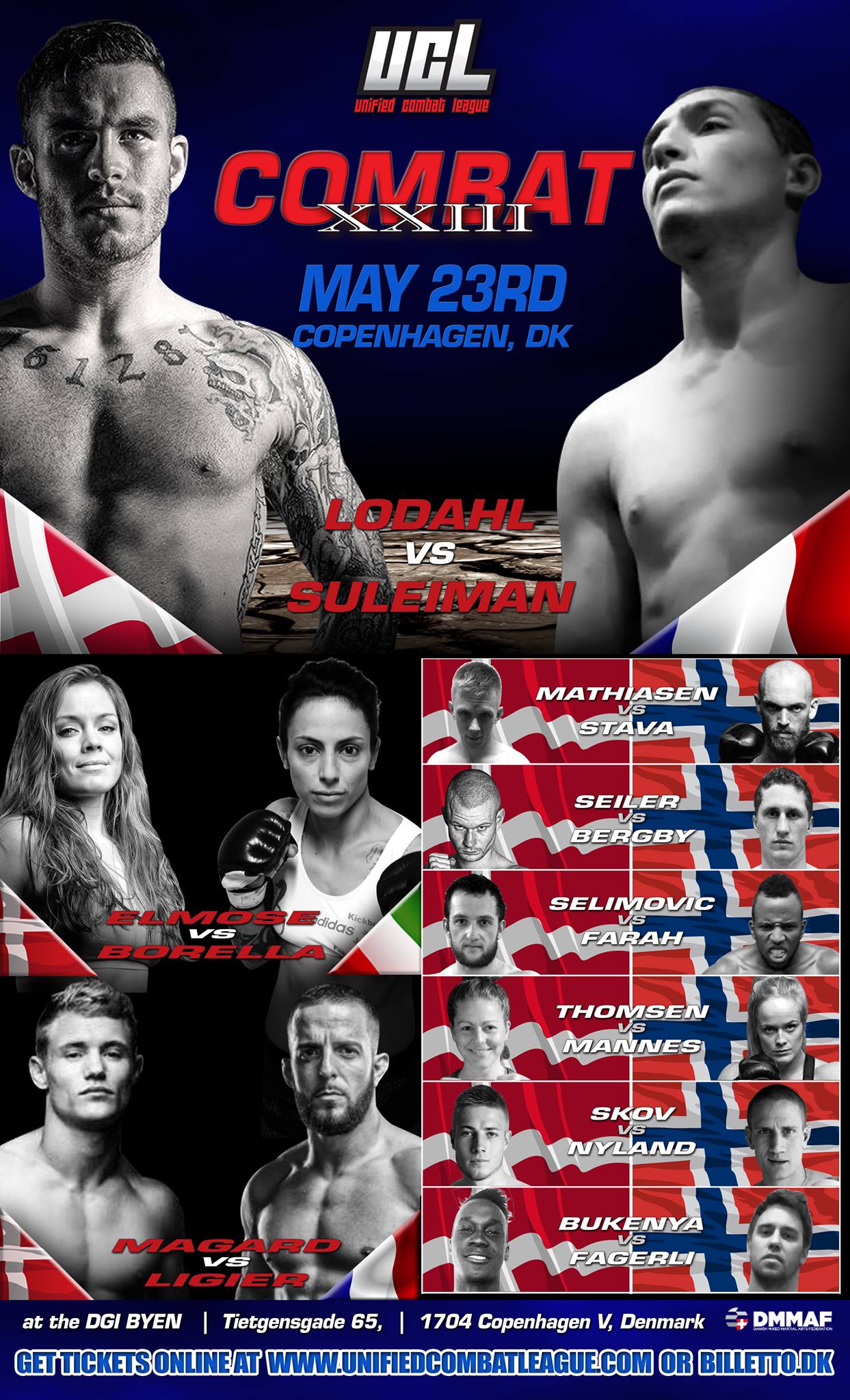 Jonas Skov (Mikenta) vs. Geir Kare Nyland (Karmoy MMA)
Round 1 – The bout starts of with Nyland in charge landing some good takedowns but Skov lands a hard straight right hand sending Nyland to the canvas but makes it back up only to have his mouthguard knocked out before the time runs out.

Round 2 – Second round is on and the fighters exchange both punches and knees, a short stop from the referee due to Skov being poked in the eye. Nyland works his way to a mount and starts some Ground N Pound before he takes the back and finishes with a Rear Naked Choke.

Daniella Thomsen (Rumble Sports) vs. Camilla Mannes (Karmoy MMA)
Round 1 – Both fighters lands and takes some good punches in a fast and aggressive pace, Mannes then takes it to the ground with a nice double leg takedown. Thomsen makes it back up and the time runs out.

Round 2 – This round is mostly Mannes pushing forward and landing her shots on a tired Thomsen that just don’t go down and keeps moving trying to get back.

Minel Selimovic (Artesuave) vs. Abdi Farah (Team Sapmi)
Round 1 – Farah takes command until Selimovic lands a huge takedown, Selimovic then manages to escape both a leg triangle and a very tight guillotine attempt. Farah gets a short Ground N Pound from mount before the time runs out.

Round 2 – The second starts of a bit slower with Farah using his range advantage and drives Selimovic around the cage, Selimovic gets a takedown and lands in the full guard of Farah staying there as the time runs out.

Simon Seiler (Nyk.f. MMA) vs. Einar Bergby (Skien Fighter Klubb)
Round 1 – The round starts of fast and hard only to be stopped for a moment after Seiler taking a knee to te groin, after the short break both fighters pick up where they left of, biting down and exchanging hard punches. Seiler fights his way through a hard armbar attempt from Bergby and just as the buzzer goes of Seiler makes Bergby tap from a Guillotine choke, making him the winner in the absolutely last second.

Danny Mathiasen (CSA.dk) vs. Christian Stava (Karmoy MMA)
Round 1 – The fighters starts a bit slow by feeling out one another but Mathiasen lands a hard right hook that puts Stava on his knees and then Mathiasen works his way to a good side control. Stava makes it back up only to be taken down hard again with Mathiasen on top. They get back up again only to go down again just a time runs out.

Round 2 – This round picks up in fast pace with a good head kick from Mathiasen and then follows it up with a solid takedown, most of this round continues with Mathiasen in a good side control on Stava that keeps fighting and trying to get out, the time runs out.

Hamuza Bukenya (Rumble Sports) vs. Stefan Fagerli (Norway)
Round 1 – The first round starts of a bit slow but then Bukenya gets going and uses his huge range advantage landing both punches and brutal knees to the body of Fagerli who still keeps on coming. After some ground work they stand up and its now that the hometown favorite Bukenya locks in a standing guillotine and makes Fagerli tap out.

Winner by submission (Guillotine) Hamuza Bukenya. Pro MMA 3×5 min rounds Jonas Magard 1-1 (CSA.dk) vs. Peter Ligier 4-1 (France) Round 1 – The fight start of with Ligier landing a huge takedown and locking in a very tight side-choke that he escapes from and moves into Ligiers butterfly-guard. Magard then gets a little Ground N Pound before the time runs out. Round 2 – Magard goes in and lands a hard right hook to the head of Ligier who goes for the takedown and slammes Magard, they get back up against the cage where Magard works with hard knees. As Magard again moves forward Ligier takes him down and they scramble for positions, they remain there for the last minute of the round. Round 3 – Starts with Magard pushing forward and Ligier moving away but Magard gets a takedown and starts to work from Ligiers guard, Ligier gets a fast series of elbows before Magard works for a better position on top. Ligier yet again goes for the side-choke after a fast scramble but Magard gets out only to land in an armbar attempt that finally makes him tap. Winner by submission (Armbar) Peter Ligier Anna Elmose 2-0 (Rumble Sports) vs. Mara Romero Borella 6-1 (Italy)

Round 1 – Its Elmose who takes center control of the cage with fast combos but Romero works her way back but ends up against the cage where Elmose release a fast and series of punches to head and body. Romero uses a good thai clinch but Elmose works hard to not get bend down and knees goes both ways but time runs out.

Round 2 – Early in the second and last round Elmose lands a brutal KO and Romero goes down completely out cold. 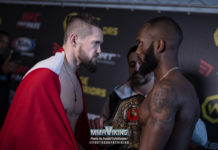 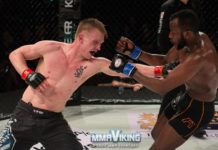 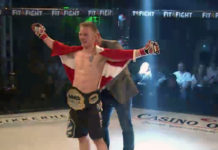 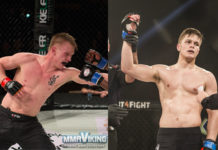