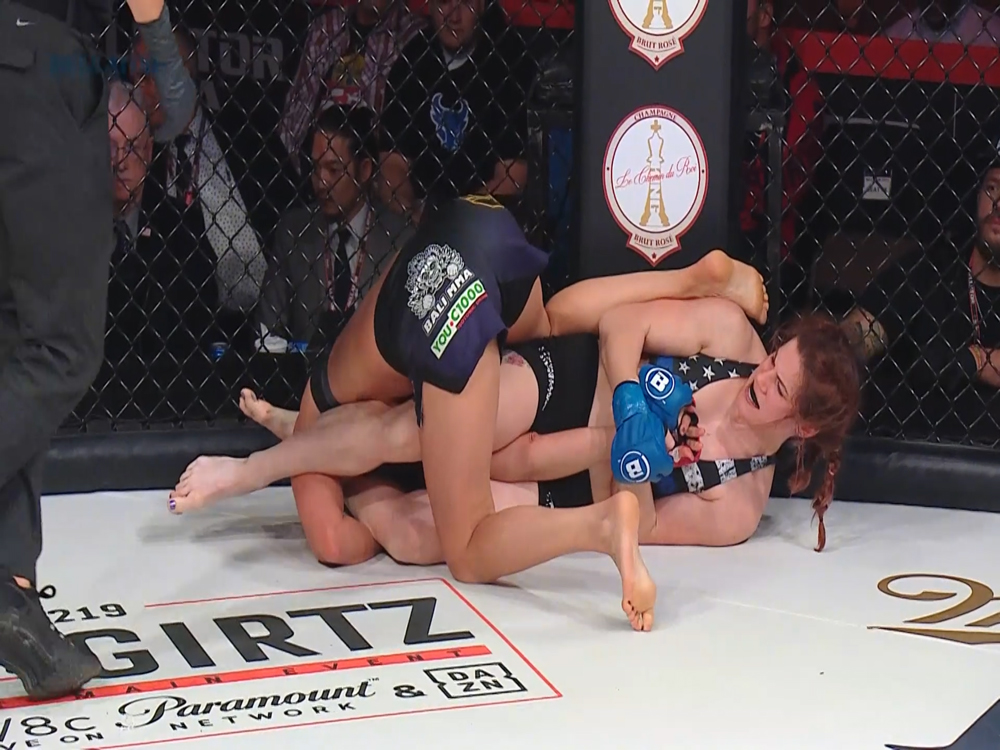 Leonardo wanted to fight to the ground after feeling the speed of Malin’s hands early. Half way though the round Victoria did take the fight to the ground from the clinch, but Malin fought her way to the feet before being taken down again. This time the American took side control, then moved to full mount, but Hermansson fought it off and reversed the position. Once on top, Leonardo quickly transitioned to a tight armbar forcing a tap at 4:49 in the first round.

The Akademi Nord fighter, who did her camp at Bali MMA, was the fist Swedish woman to fight in the Bellator promotion. She was most recently in the cage at Cage Warriors 93 last year, where she edged Cornelia Holm (1-1) in the battle for the #1 Nordic flyweight spot. She also has a debut pro win over Gabriella Ringblom (0-1) at Superior Challenge 16.