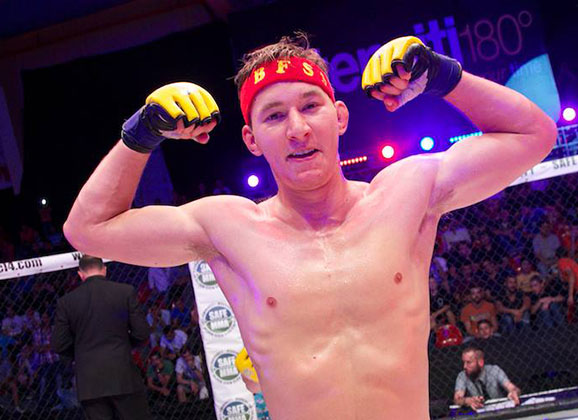 The outspoken Martin Svensson wants his shot at the vacant Cage Warriors title.  “I think its just a question of time before a featherweight title bout is coming up for CWFC. My goal is to fight for that title.” says “The Big Swede” to MMAViking.com about the belt that should be put on the line later in the year.

The Frontier MMA fighter is back on a winning path, beating Robbie Oliveir at Cage Warriors 66 in March and most recently Dave Hill at Cage Warriors 71. “I really think I deserve a title shot, I have beaten the best fighters in England in my two last bouts.”

The 29 year old has an overall record of 14 wins and 5 losses. Svensson had his shot at the title against Jim Alers, who vacated the title to head for the UFC, but came up short in a unanimous decision back in September of 2013.

The always confident lanky fighter from Southern Sweden says “The cleaning process has just started! I will become world champion!”. Stay tuned as Cage Warriors should be putting together a bout this week, and chances are we will see Svensson making another bid for gold.