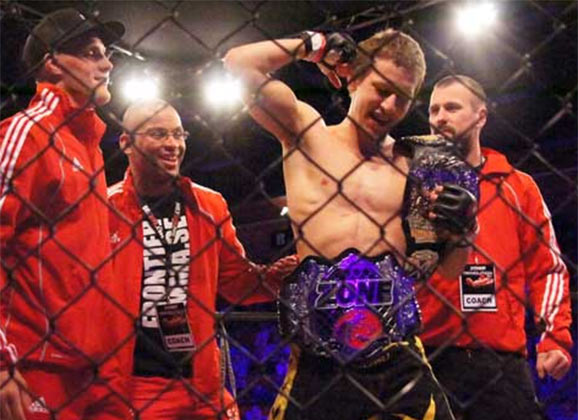 Swede Martin Svensson will return to the cage to fight at Trophy MMA III: ”Nyårssmällen”. “I love to be fighting in my hometown and representing 040.” says Svensson to MMAViking.com of the bout that will take place at the Amiralen in Malmö on December 28. 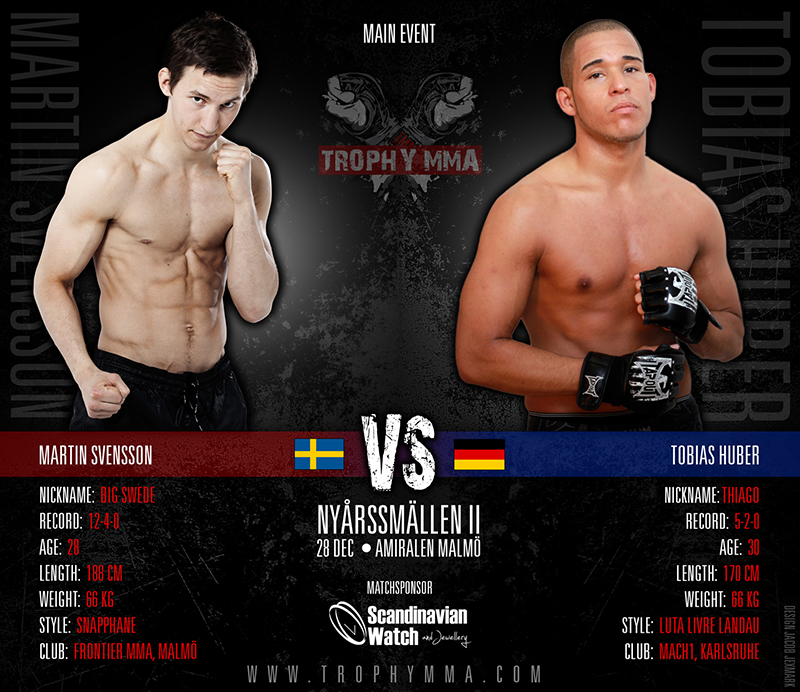 Svensson takes on 30 year old Tobias ”Thiago” Huber who comes from Germany. “I like Tobias, it’s nice of him to fight me during Christmas time, it’s a great present.” says Svensson, who also clears the record on his many names, confirming that “My nickname is Big Fucking Swedish Svensson aka the cookie monster aka the lifeguard aka the fashion lion aka the belt collector.”

“My goals for 2014 is to entertain all the mma fans, I want a lot of fights both mma and thaiboxing. I love fighting and just want to have a good time fighting and being on the stage.”

Svensson maintains an impressive 12 win and 4 loss record, and maintains his image as one of the biggest featherweights on the scene. Representing Frontier MMA, he put together a 5 win run from 2010 to 2012, before getting stopped by now UFC’s Robert Whiteford. 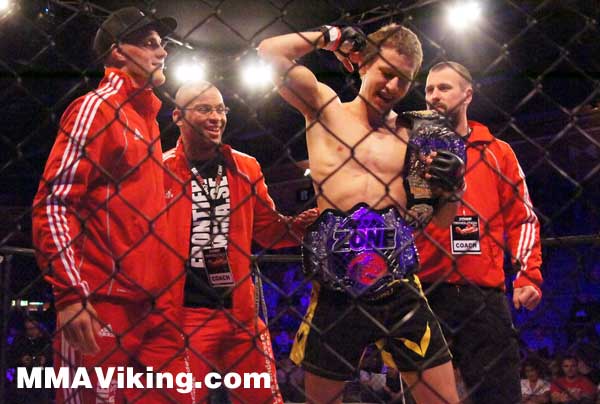 Jim Alers was in the way of Svensson collecting another belt, as the Swede came up short in a decision in September at Cage Warriors 59. “After my fight with Jim I learned that its not good being on the bottom. I want the Cage Warriors belt and to call myself world champion that’s what I learned.”