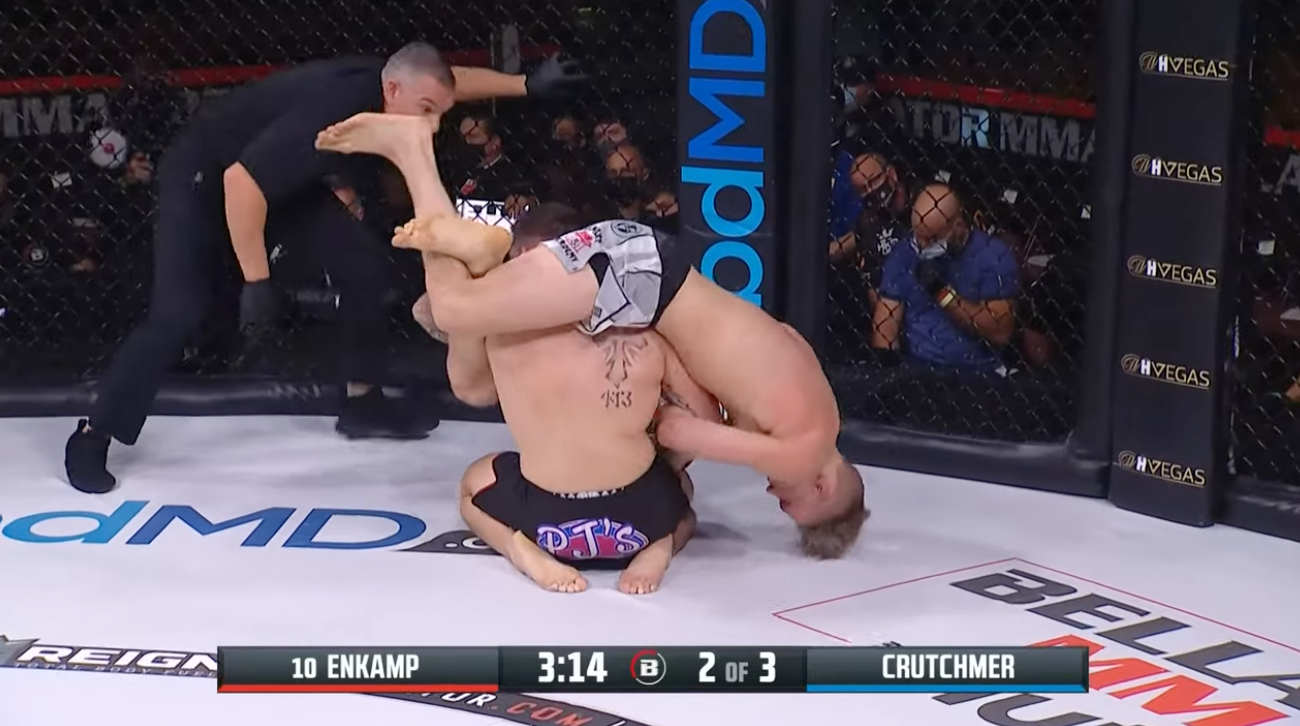 Swede Oliver Enkamp (10-3) was outwrestled by American Kyle Crutchmer (8-1) on the prelims of Bellator 272 in the Bellator bout. 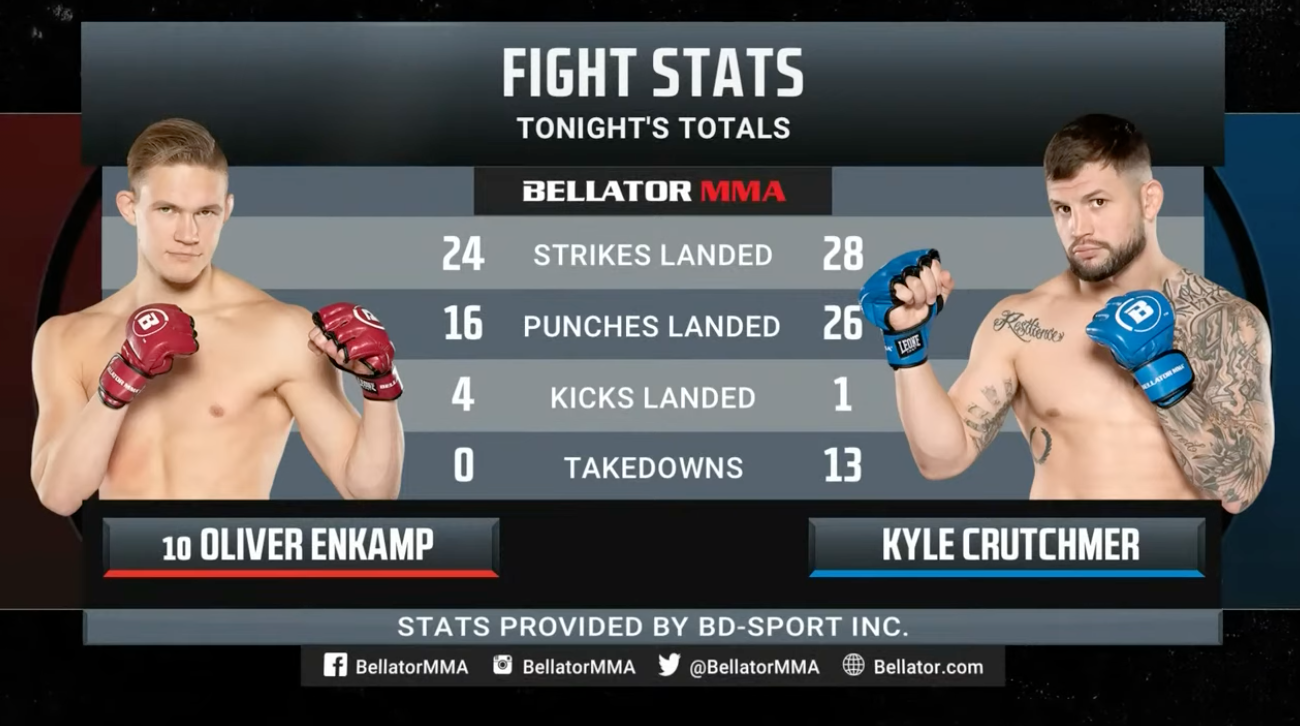 Enkamp begins with kicks, but it was Kyle that lands a right hand then moves in for a take-down, which he finishes against the cage.  Oliver can’t quickly escape but tries a kimura to defend then an inverted triangle, but ends up aon his back looking for submissions, but the D1 wrestler has him secured.  Enkamp landing some punches from the bottom and looking for a kneebar, but a good right hand on top from the American to control the first.

Enkamp starts with karate kicks to start the second, but one is caught and Kyle lands a crushing right hand and back on top.  Oliver up and lands some good hands in the tie-up, then transitions to a kimura and a figure four, but the American panics and slams Oliver’s head against the mat and escapes.  The Swede again on his back where he is held the rest of the round.

Enkamp again on his back, and makes it to his feet before returning to the mat again.  And a total of 11 of 13 take-downs.  A grinding style, and not much damage, but is able to hold Oliver down.  Enkamp trying to use a wrestling switch, but well defended.  Trying for a guillotine, but can’t get the squeeze with a minue left.  Kyle gets back on top, and Enkamp still seeking a submission, but won’t get it.

The results were 30-27 on all scorecards in favor of Crutchmer.