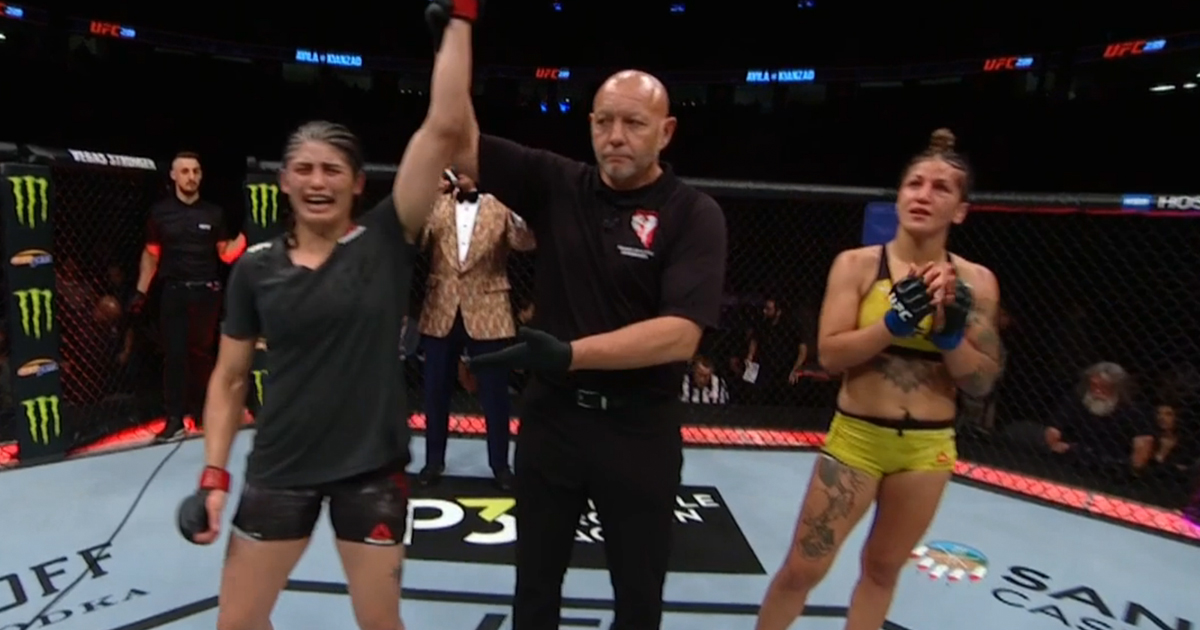 The Swede caught a leg in the second round and took the fight to the ground briefly. Pannie lands some good punches, then later in the round goes for a double-leg take down but it fails. Avila with a nice kick up the middle, then a spinning backfist from Kianzad that bloodies the American before a scramble to end the round.

Avila lands some more solid punches in the third, including a stunning right hand that drops Pannie. The American goes to mount and then tries to look for a rear-naked choke, but Pannie defends to the final bell.

Video : Kianzad Ready for Ranked Correia “I want to prove how good I am”

@fadiiasfar with the sub over Yousofi in pro MMA a