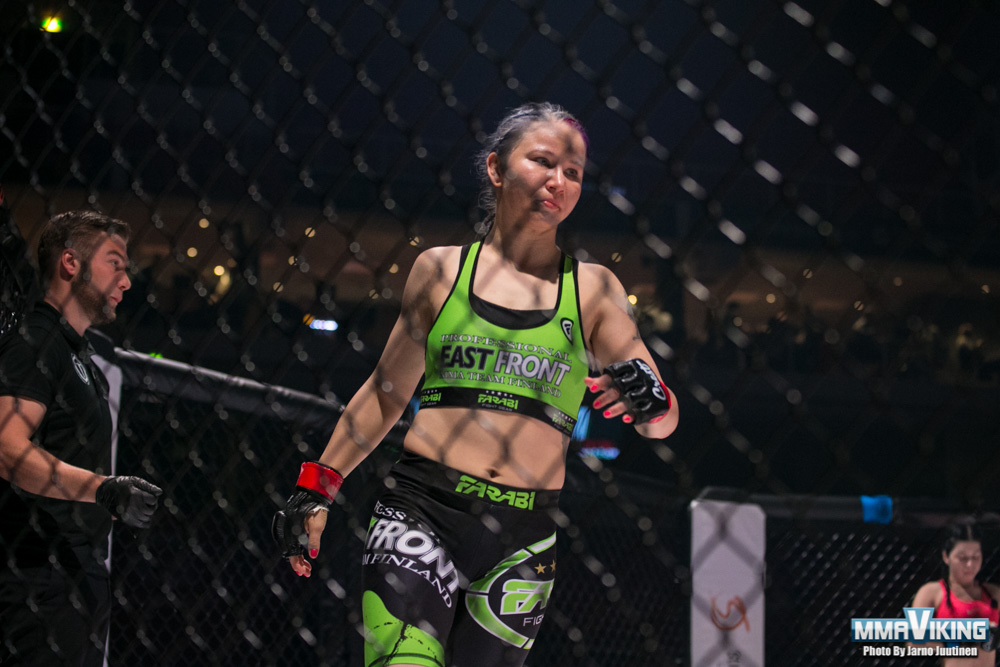 Suvi Salmimies (7-4-1) is planning ahead, targeting undefeated Katharina Lehner (5-0) as her next opponent. While still waiting to finalize the paperwork the CAGE 40 card, the Rock Chick wants to put the bout together on September 9th in Helsinki against the German that is looking for a fight.

Lehner has won all of her five pro bouts by decision, including over Denmark’s Camilla Hinze. The fighter says she cannot get any new fights and wants a shot at the UFC “I’m sill undefeated and ready to fight real fighters!”

“And although her record is good being undefeated when people look at her fight record a bit deeper they see her opponents not being ufc level” says the Finn to mmaViking.com.

The Team East Front fighter stopped late replacement Evelina Puidaitė in the first round at NFC 2 in April. The 31-year-old has won the last 3 of 4 bouts.