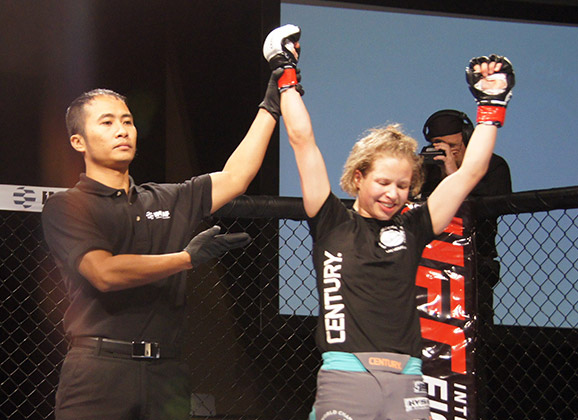 Seven Nordic fighters fought today at Day 4 of the IMMAF World Championships at UFC International Fight Week. Four Swedes and three Finns fought in the semi-finals as they march toward Saturday medals on Saturday.

Finnish winners Minna Grusander and Tuukka Repo were victorious putting them in for gold contention, while Laitinen lost and in the bronze bout on Saturday.

Anja Saxmark, Joel Moya, and Serdar Atlas were victorious putting Sweden in for three world championship bouts, while Lisa Engelke fell and will aim for bronze.