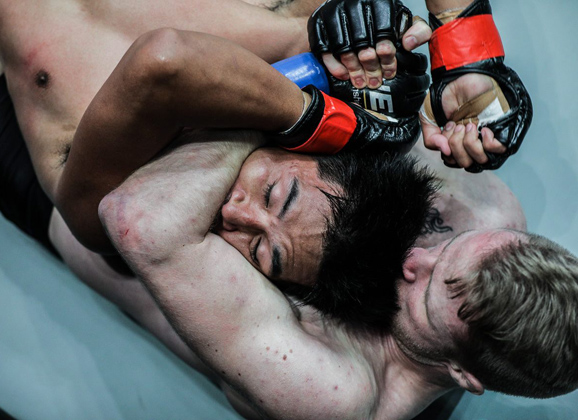 Toni Tauru will face local Geje Eustaquio today at ONE Championship 50 at Mall of Asia Arena in Pasay, Manila, Philippines.

Round 1
Tauru is a much taller and bigger fighter. Eustaquio looks to be a weigh class lower, and Dynamite goes for a takedown immediately, but Eustaquio flips Tauru over briefly. Toni has back, and locks in a full body triangle. He is in control, and even traps an arm as the Finn moves closer and closer to a rear naked choke. Now at 3 minutes and 55 seconds comes the tap! Dynamite is back!!!

Toni stops a three fight losing streak with the submission. His last win was at CWFC 72 back in 2014.