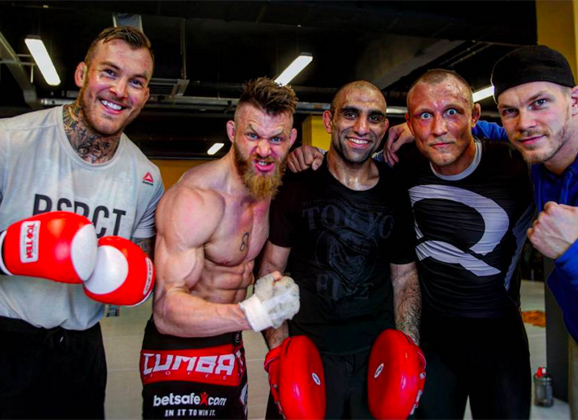 Norwegian Kenneth Bergh (3-0) is trying to get in the mix for the Jason Miller (23-9) fight. Today, the unpredictable American “Mayhem” weighed in 24 pounds over his Venator FC 3 middleweight title bout with Luke Barnatt. At 209 pounds, Barnatt didn’t want the bout, but there is someone in Italy that does, and it is Frontline Academy’s Bergh.

“I offered to take the fight” says Bergh from Italy that is trying to get the fight with the UFC veteran that doesn’t have an opponent.

The light heavyweight is at the event to support teammates Jack Hermansson and Emil Weber Meek that are also on tomorrow’s card, and he is ready to step in on a day’s notice.

Bergh was most recently seen on the reality show of TUF 22, where he lost the bout to get into the house. He has also fought at heavyweight and is undefeated with three wins and no losses.

Miller was last in the cage in 2012, where he lost by decision against C.B. Dollway.