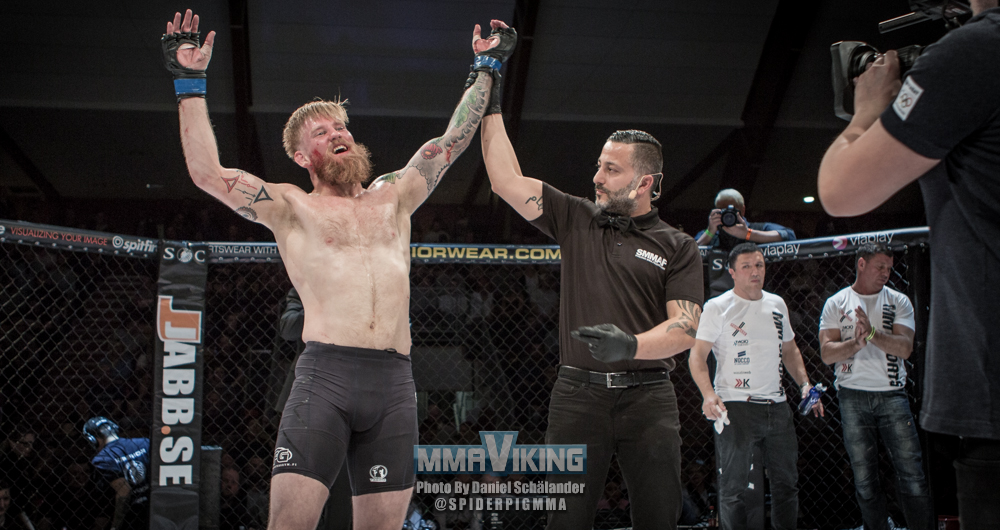 Juho Valamaa (14-4) will take on Aires Benrois (10-6) tomorrow at M-1 Challenge 82 at the Hartwall Arena in Helsinki. The fighter out of Turku is however hoping for better luck in the big city, where his last three (EuroFC 01, Helsinki Fight Night, Cage 22) loses took place. “It’s exciting to be fighting in such a big venue in Finland for sure. I hope it feels like a home crowd though, because my record sucks for “away fights” in the Helsinki area” says a laughing Valamaa to MMAViking.com before the big event.

The Finnish welterweight will look to build momentum after back-to-back submission victories over Zebaztian Kadestam and Anton Radko so far in 2017. Valamaa has only lost twice in his last ten fights and will be looking to make the step up to the M-1 banner on short notice.

“Usually I’ll do a full eight week camp, but I’ve been so active fighting this year, I think the four weeks I had now will carry me through this fight. Otherwise, I’ve been maintaining by hiking in the wild as usual.”

Benrois is Portuguese and will be looking to bounce back from two consecutive losses to Abusupiyan Magomedov and Abdul-Rakhman Dzhanaev. He is yet to taste victory outside of Portugal. “I didn’t know Benrois from before, but I’ll meet him in the middle of the cage and we’ll get familiar. I always like to finish with a rear naked choke, I’ve done it twice in a row now. But as long as it’s a fair and honest fight, I’ll take the win any way I can get it. May the best man win.”

MMAViking.com will be reporting live on the M-1 event, so come back for more articles, play-by-play, and photos.