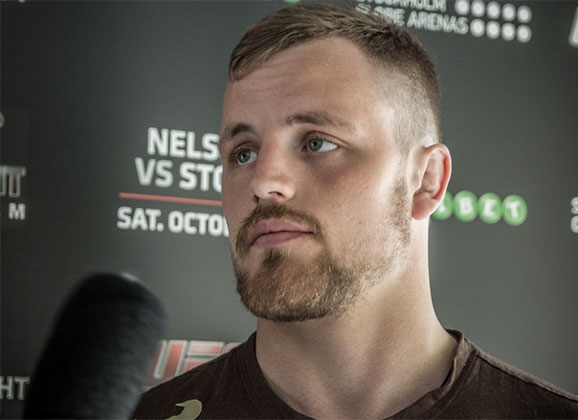 There’s an all new Gunnar Nelson on the scene as the typically reserved media figure opens up about his life inside and outside of the cage.  MMAViking.com catches up with the Mjölnir/ SBGi fighter who first gives exclusive insight into his new haircut.  “It’s an interesting thing” explains Nelson, who’s new hairstyle was analyzed in mainstream news print in Iceland.  “My head is hot all all the time” explains Nelson in his guidance to his aunt who has cut his hair shorter to deal with the recent warm weather.

Gunni also talks about his last fight in Dublin against Zak Cummings, which looked like was headed for a decision before Nelson finished quickly ended the bout.  “I was able to capitalize” says Nelson, that wasn’t ready to hit the panic button quite yet.

Nelson also give background into his prediction of “quick finish” of his upcoming Fight Night Stockholm’s opponent, training with the “faster and slicker” Conor McGregor and bigger and stronger Cathal Pendred.  “It’s always a fight… that will never change” the welterweight concludes. See the full interview below.